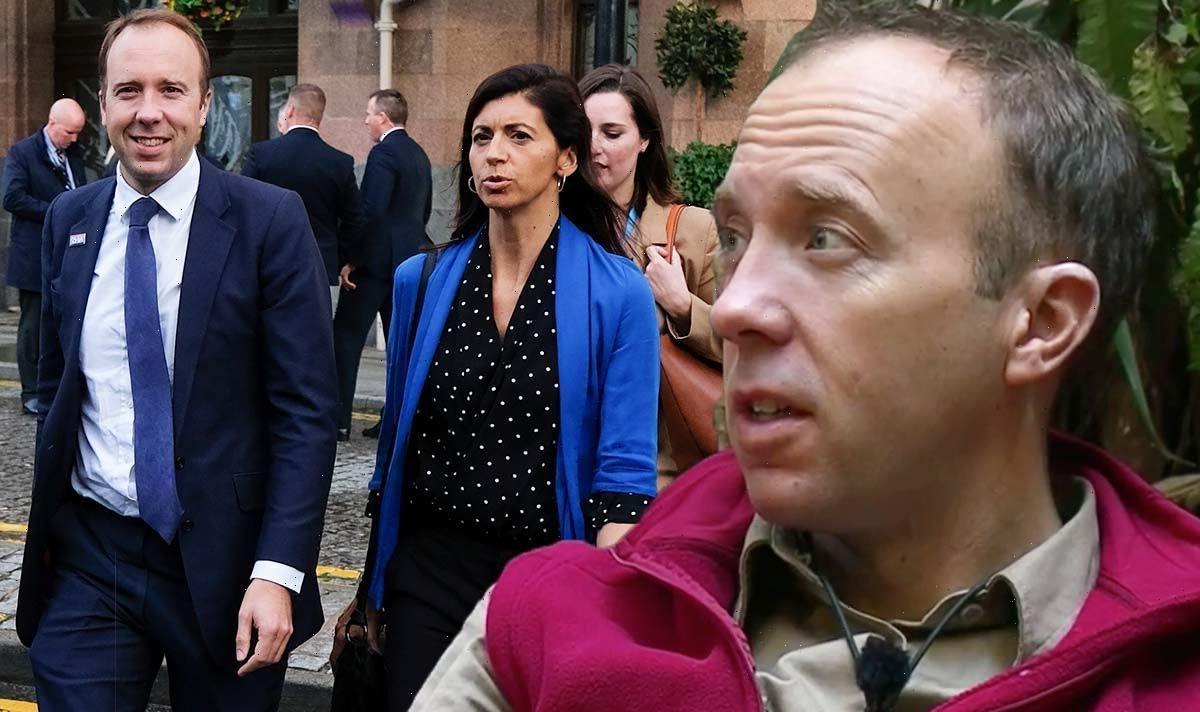 Matt Hancock’s girlfriend, Gina Coladangelo, has been spotted at the airport before flying out to Australia. The sighting puts a damper on the MP’s constituents’ hopes he will be back to hold surgeries soon despite his promise to do so as soon as he exits I’m A Celebrity… Get Me Out Of Here!

In his ITV interview as a late entry, Matt stressed the importance of his job as he explained that the “first thing he would be doing” was returning to Suffolk to hold surgery.

He said: “I will be back in Suffolk holding surgeries and in Parliament and we will take it from there.”

However, Gina flying out to Australia means she would have to fly back again having barely landed if Matt was to be evicted from the show and return to his constituents.

A spokesman for Matt reassured members of the public that speaking with his constituents would continue to be one of the MP’s tasks upon his return.

In a statement, they added: “Once Matt’s time on the programme is up, Matt will return to Suffolk to hold surgeries where he will catch up with his constituents and discuss matters of concern.

“Matt’s excellent team continue to deal with constituency matters, as they already do while he’s in Westminster.”

The news comes after medics rushed on site to examine Matt after he was unexpectedly stung by a scorpion.

The medics were forced into the camp to aid the politician after he screamed in pain from being stung by a rogue scorpion.

The insect attacked Matt shortly before breakfast and nipped him unexpectedly leaving him yelping in pain.

A show source said: “Matt didn’t see the scorpion until it was too late and it bit his finger.

“He felt a lot of pain and made a yelping noise, but thankfully for him, there was no lasting damage.

“Medics checked him over and gave him a clean bill of health but the whole camp is now watching out for them.

DON’T MISS
Chloe Madeley gutted by having to live with parents after giving birth [INSIGHT]
A Place in The Sun’s Jonnie Irwin, 48, diagnosed with terminal cancer [NEWS]
Michelle Keegan sizzles in nude bikini during lavish holiday with Mark [PICTURES]

“Matt was saying afterwards it felt twice as painful as a bee sting.”

Despite having a painful sting, Australian scorpions aren’t deadly or venomous.

The incident aired on Sunday’s episode, with Gogglebox star Babatunde Alesha making reference to the incident.

After Ant McParrlin and Declan Donnelly entered the camp and revealed that Matt Hancock would be partaking in yet another trial, Babatunde praised Matt.

Thanks to the medic Matt walked away from the sting unscathed, and the scorpion was safely taken out of the camp to avoid any more injuries.

I’m A Celebrity… Get Me Out of Here! airs daily from 9pm on ITV.