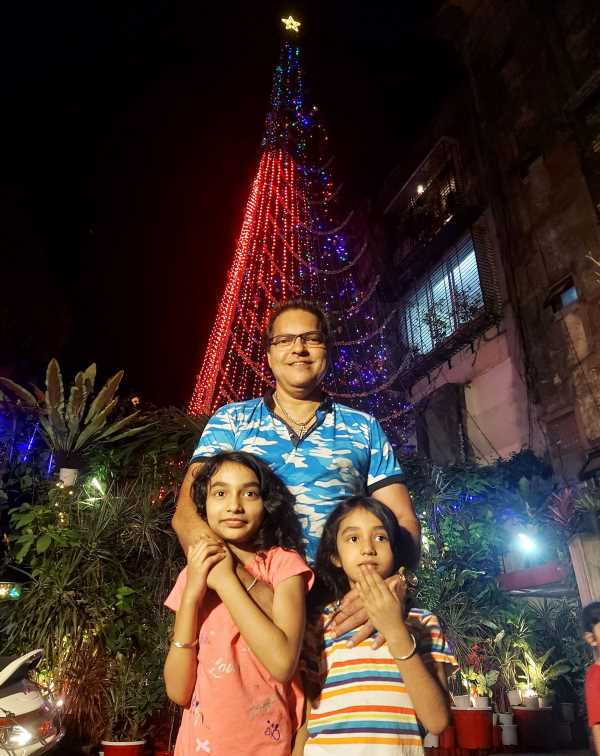 Would you like to see the tallest living Christmas tree in India?

Then make a quick visit to Mumbai.

“We are listed in the Limca Book Of Records as India’s tallest, fully decorated Christmas tree,” says Douglas Saldanha, the proud owner and caretaker of this breathtaking marvel of Nature which now stands at 70 feet.

“Every year, it grows by about one to two feet.”

The tree became part of their lives when, at around seven feet, it became too tall for its original owner who sold it in the 1970s to the Saldanha family.

Douglas reveals why this Christmas tree is so important to him.

Over the years, the Saldanha family has shrunk; Douglas’s sister passed away in 2005, his dad in 2017 and his mom in March this year.

Douglas says, “I feel that my sister, dad and mom reside in the tree; tending to it is one way of keeping their memory alive!”

Around five to six years ago, Douglas started lighting up the tree in colours of the Indian flag for Republic Day.

And, last year, he decorated the tree during Diwali as a tribute to Covid warriors.

He explains how the tree is changing lives.

Douglas is single, but he believes the tree will continue to flourish after him. 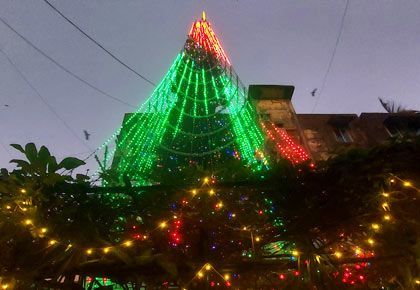