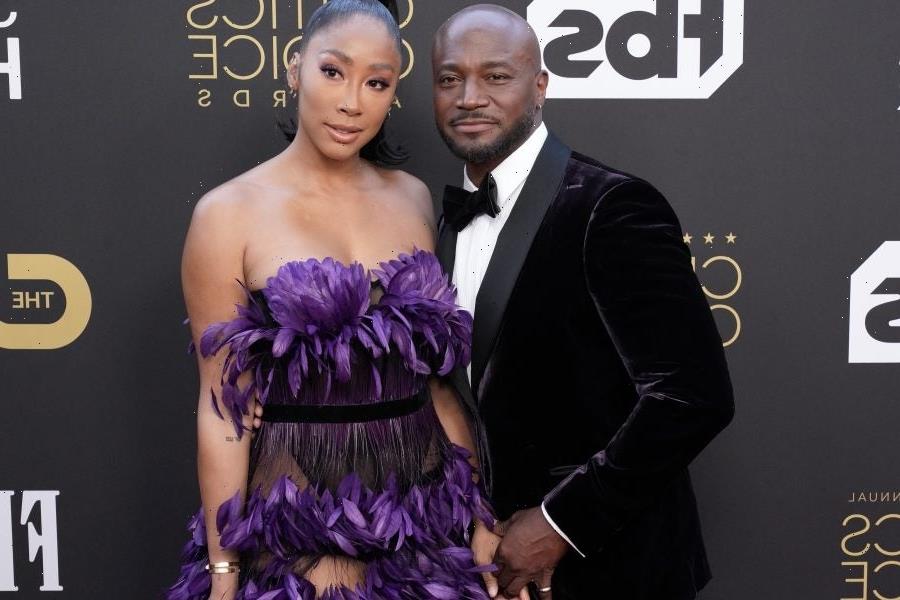 If there was still any speculation about the relationship status of Taye Diggs and Apryl Jones, they certainly made clear they’re a couple, and a very cute one, at Sunday night’s Critics Choice Awards.

Diggs, who was a co-host alongside the hilarious Nicole Byer, arrived at the 27th annual event hand in hand with Jones. He kept her close as she looked to be a little nervous. Who could blame her? She was in the presence of acting legends in the thick of awards season chaos. And to be honest, Diggs appeared nervous too as he had to take on hosting duties. However, this is his third time hosting this particular awards show, so he wasn’t too rattled. Though we’re used to seeing them dressed down and joking around on Instagram, for the star-studded red carpet, she looked beautiful in a feathered Jean-Louis Sabaji gown, while he looked dapper in Berluti.

The pair was just one of a few Black (and half Black) couples to attend the awards ceremony. Plenty of our favorites were in attendance, including Halle Berry and Van Hunt. She was on hand to receive the SeeHer Award, which honors those creating “authentic portrayals of women across the entertainment landscape” by pushing against stereotypes. Moving forward, the Bruised star and director vowed to “tell stories that don’t fit preconceived notions.” Will Smith and Jada Pinkett Smith were also there as he picked up his umpteenth Best Actor award for his work in King Richard. And newlyweds Issa Rae and Louis Diame showed up and looked gorgeous for their first big red carpet outing since they said “I do” last summer. See a few favorite faces looking lovely with their plus ones below.