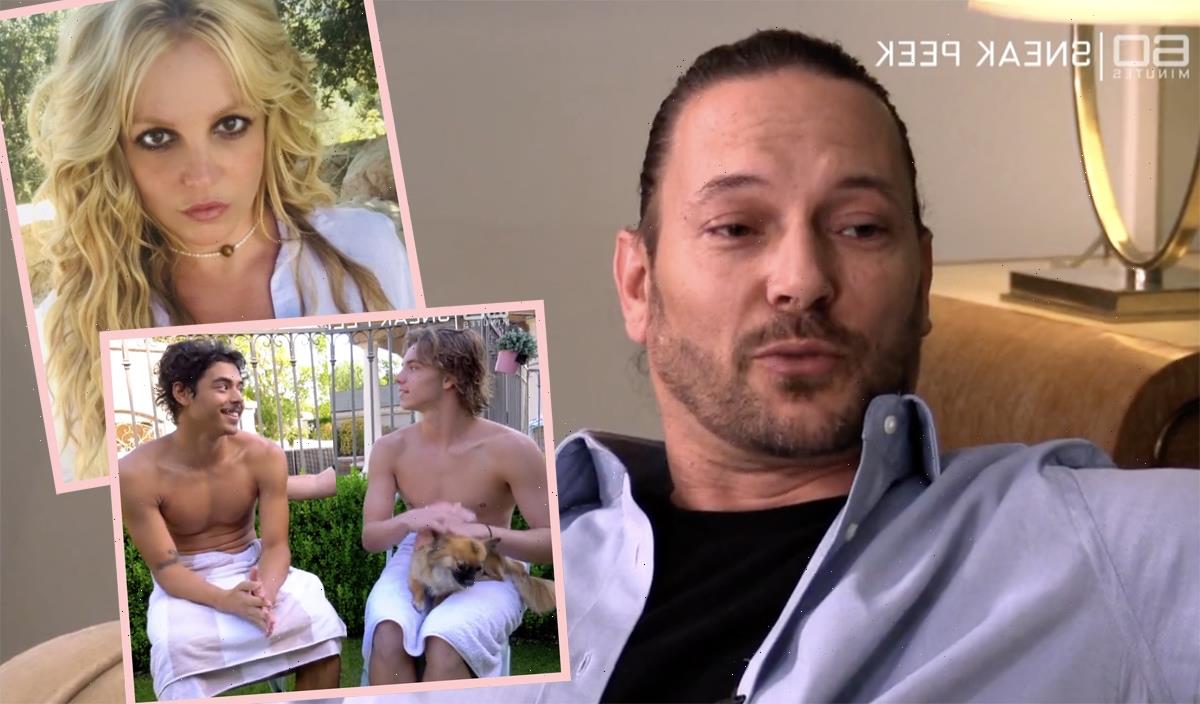 Well, this isn’t going to be good!

Is Kevin Federline actively trying to drive a wedge between Britney Spears and her sons? Or just advertise the fact there already is a rift there? Either way, he clearly isn’t close to done airing the co-parents’ dirty laundry!

60 Minutes Australia released a shocking sneak peek at their version of the dreaded interview special we heard about earlier this month. In the clip, K-Fed makes it clear what he’s trying to communicate, asserting:

“It’s been a few months since they’ve actually even seen her.”

Oof. Don’t do this, man. Whatever your problems, y’all should be doing this privately! Not only that, it seems he’s roped the boys into participating! Get your first look (below)!

Remember how three weeks ago, a journalist claimed parts of that big interview wouldn’t air because ITV deemed them “too hurtful” to the former couple’s children? We can’t help but wonder based on this bombastic teaser if 60 Minutes Australia doesn’t feel the same way…