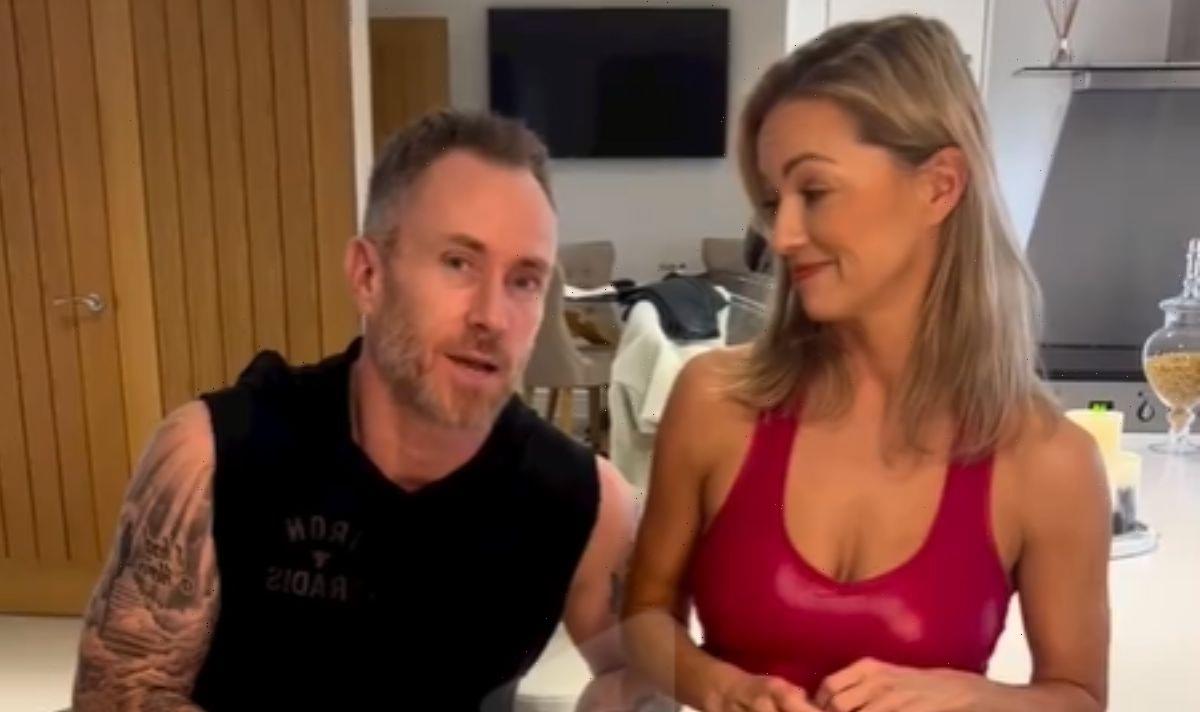 James Jordan shocked some fans when he had the “audacity” to claim prior to wife Ola’s weight loss that he had fancied her more when she was slimmer and that at her heaviest, he’d “need a crane to lift her up”. Now the pair have lost a combined seven stone between them and are teaching others to make the same dramatic transformation – but Ola insists that she doesn’t see her partner as a “misogynist” for his past comments, exclaiming that he was just being “honest”.

Ola recalls that she piled on the pounds after the birth of the couple’s daughter Ella, now two, as she was so focused on caring for the new arrival that workouts took a back seat.

In a new interview, she also admits that she had taken to guzzling 4,000 calories each day – twice the recommended daily intake for a woman.

James previously admitted at that time that he found his wife more fanciable before her weight gain, claiming: “Most men prefer their wives fit and healthy”.

He candidly elaborated: “Sex is definitely not better with the mum and dad bods. I can’t throw her about any more like I am used to doing.”

He added that he “didn’t love her any less” with the extra weight, but horrified critics branded him “misogynistic” and “ignorant” – something Ola was quick to defend him against.

She recalls that she was constantly asked at the time: “Why would you be with him if he speaks that way about your weight?”

She added to Fabulous magazine that likewise, she finds James much more desirable in the looks department “now he’s got his six-pack back”.

“He looks so much fitter and younger since he lost weight. I can’t keep my hands off him!” she exclaimed.

She chuckled: “The sex is better because James can pick me up and throw me about again… [it’s] as good as when we first got together!”

Meanwhile, the pair urged that partners should be more honest with each other.

James insisted: “From day one, our bodies were our business, so what a normal couple might consider rude is a common conversation between us. I wasn’t being misogynistic.”

Meanwhile, he was keen to tell Instagram followers over Christmas that they shouldn’t restrict their calorie intake on a day that should be all about having festive fun.

James, who has also appeared on Strictly, told the world: “Our Christmas message to you is indulge in as much as possible. Don’t feel guilty. Eat everything!

“Eat the Christmas pudding, eat the chocolates, have extra stuffing, have a drink – a nice Baileys, why not?!”

Yet for those looking to burn off some of those calories in the future, they have launched a website, Dance Shred, together.

James and Ola have promised to teach followers how to dance “fun routines”, improve their fitness and embark on “a delicious diet plan based on the science of calorie deficit”.

Ola sounded delighted when she crowed on Instagram on Boxing Day: “We are so happy to finally tell you how we lost six and half a stone between us!”

James concurred: “We needed a kick up the bum…. we felt [concerned that] we were unhealthy.”