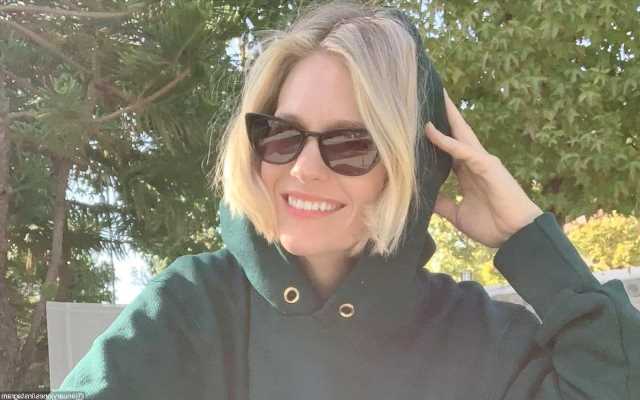 The actress, who was previously checked into the Cedars-Sinai Kerlan-Jobe Institute in Santa Monica, gives fans updates on her condition by sharing a photo of her bandaged leg.

AceShowbiz –January Jones is on the mend. The Betty Draper depicter on “Mad Men“, who was previously checked into the Cedars-Sinai Kerlan-Jobe Institute in Santa Monica, California for an operation to fix the meniscus cartilage in her knee, is now recovering at her home in Los Angeles.

Making use of Instagram, the 44-year-old shared a picture of herself lying in a hospital bed wearing a facemask. She followed it up with another snap which showed her lying on a sofa at home with her leg bandaged from her thigh down to her ankle.

“Possibly the cutest I’ve ever looked. Knee surgery,” January penned in the caption. “Thanks Dr. Gerhardt for fixing my meniscus. NBA here I come. #goWarriors #ImOnDrugs.”

Many have sent well-wishes to January. One in particular was her former “Mad Men” co-star Christina Hendricks, who wrote, “Oh I hope it all went smoothly!” On of her Instagram followers who had undergone a similar operation, meanwhile, suggested, “I just had it too. Make sure you go to all your rehab appointments and do the exercises at home also.”

“The bicycle will be painful at first, will only be able to down like one turn the first visit!” the individual added. “But quickly improves.”

“The Last Man on Earth” star previously admitted she used to lie about working out when she was preparing for her role as Emma Frost in “X-Men: First Class” because she didn’t enjoy exercise. “My dad was a trainer, so in my 20s and 30s, I didn’t work out, because he was always pushing my sisters, my mom, and me to exercise. We would rebel and not do it,” she recalled.

“It’s not that I wasn’t active. As kids, my two sisters were runners, I played tennis, and we all swam. But on a regular basis I wouldn’t work out, ever,” the model added. “Even when I was filming ‘X-Men’ and they had trainers for all of us, I would lie and say I was exercising in my hotel room, when actually I was watching ‘Friends’ and having full tea service.”