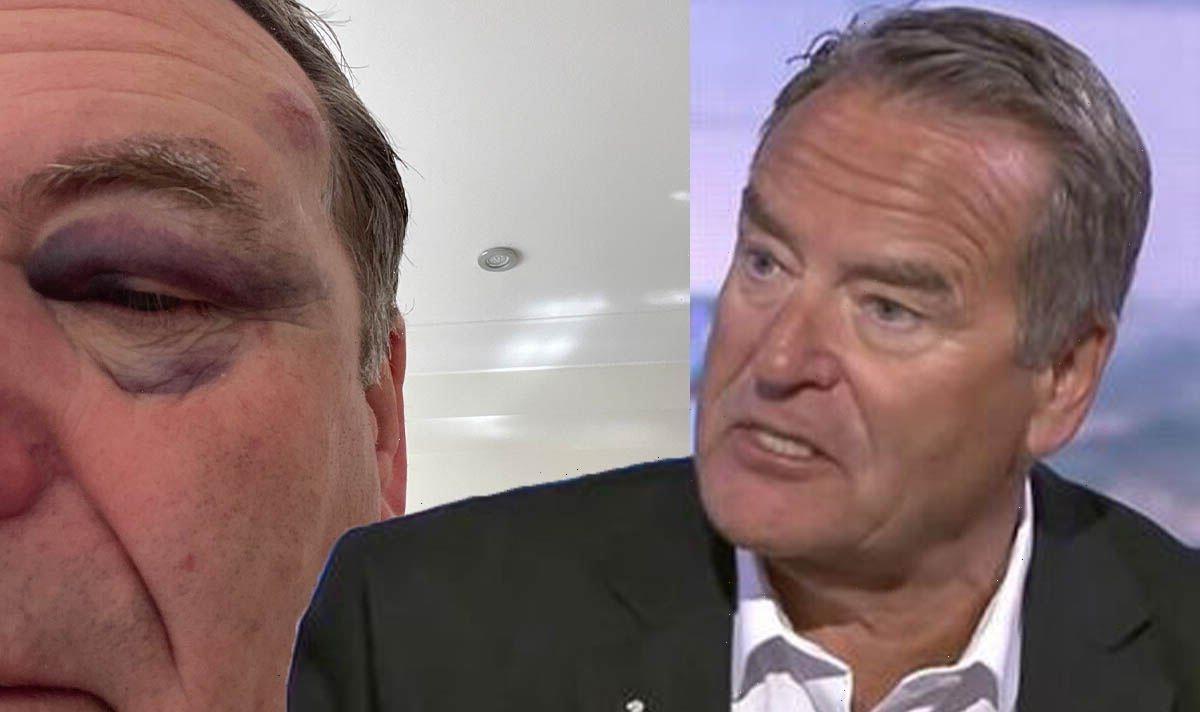 Jeff Stelling, 67, took to Twitter today to joke he was going to “quit boxing like Tyson Fury” as she shared a picture of his gruesome black eye. After sparking concern among followers Jeff made sure to send a follow-up message to tell his fans how he got the killer bruise.

In view of his 196,400 Twitter followers, Jeff shared a close-up of his face showing his severely bruised black eye.

The presenter’s eyelid was completely purple, with the bruise following on his head and under his eye.

Jeff was referring to last night’s fight where Tyson knocked out Dillian Whyte in the sixth round of their heavyweight bout with an uppercut.

He then threatened to once again retire from the sport, as he said: “I have to be a man of my word so this might be the last fight.”

Many social media users rushed to Jeff’s post’s comments as they worried for the presenter.

Bestcanton7 said: “Oh no what happened? I hope you’re okay.”

ArgyleUp added to the conversation: “What have you been doing Jeff?”

Sqnutkins commented: “Hope you are okay Jeff. What’s happened? Take it easy and get well soon.”

Jeff then reassured his fans he was okay in a follow-up tweet where he explained what had happened.

He penned: “So I was not drunk and did not walk into anyone’s nose!!

“Had a dizzy spell, next thing I knew I had fallen and smashed my head against the door. Not recommended!”

CraigMarsh88 said: “Hope you’re ok Jeff. If that’s how you look Jeff hates to see how the door is today.”

GillH1973 added: “Hope you’re recovering well Jeff and I hope it was a one off.”

Jeff recently revealed he would be finishing on Soccer Saturday at the end of his campaign.

But in March, he confirmed he would be staying on as host after all.

He confirmed the U-turn in a statement where he revealed he was “not ready to blow the final whistle and leave the best job in the world”.