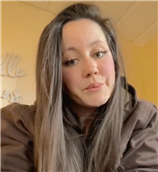 Jenelle Evans is petrified at the moment.

The former Teen Mom 2 star, who understandably has her fair share of enemies and haters, has been showing her vulnerable side of late.

Just a few days ago, Evans went public with a potentially serious medical diagnosis, telling fans and followers that she has fibromyalgia, an incurable condition characterized by chronic pain.

She learned about it after a slew of doctor appointments and after many months of severe back and neck discomfort.

“For as long as I can remember, I would get extremely bad tension headaches and full body aches — like I had the flu, but was not sick,” Jenelle told E! News last Friday, adding that she’s also exhibited sinus problems.

“My entire body gets in so much pain.

“Sometimes I lay in bed and cry.

“[For] a long time, no one believed my symptoms until I got a second opinion from a new neurologist recently.”

Fibromyalgia is a legitimate condition.

On its own, it would be cause for concern, especially because it can never fully be resolved.

Taking to her Instagram Stories this week, however, Evans admitted that she has cause for even more concern.

“You know that ALS is often misdiagnosed as fibromyalgia at first,” a commenter wrote to Jenelle, prompting her to reply:

ALS is shorthand for Amyotrophic Lateral Sclerosis, which is also known as Lou Gehrig’s disease.

It is motor neuron disease that gradually paralyzes people because the brain is no longer able to communicate with the muscles of the body that are typically able to move at will.

Over time, the muscles of the body break down.

Evans told this same concerned followers that doctors are “testing for other stuff” and she should have more information in the very near future.

“I got a second opinion from a different neurologist and she’s going to be checking me for ALS,” continued Evans.

“Since she has told me this, yes, I’ve been freaking out in my head a lot.

Might Janelle be milking this whole situation for attention and pity?

But considering all she’s been through and all she potentially will be going through in the futue?

It’s hard not to feel bad for the mother of three.

After coming out with her fibromyalgia diagnosis, Jenelle said she was relieved to have an answer — but still very, very anxious.

“Even tho I have a diagnosis … still doesn’t explain my neck cracking, double vision, and throat pain.

“I feel so hopeless. Something is def wrong with my neck and it’s severely tight 24/7.”

Along similar lines, Jenelle expounded this week on where things stand:

“Since I have cysts popping up everywhere, my doctor wants to check my lungs to see if there’s cyst there too.

“My hands are really shaky and my thumb grip is almost completely gone on my left hand.