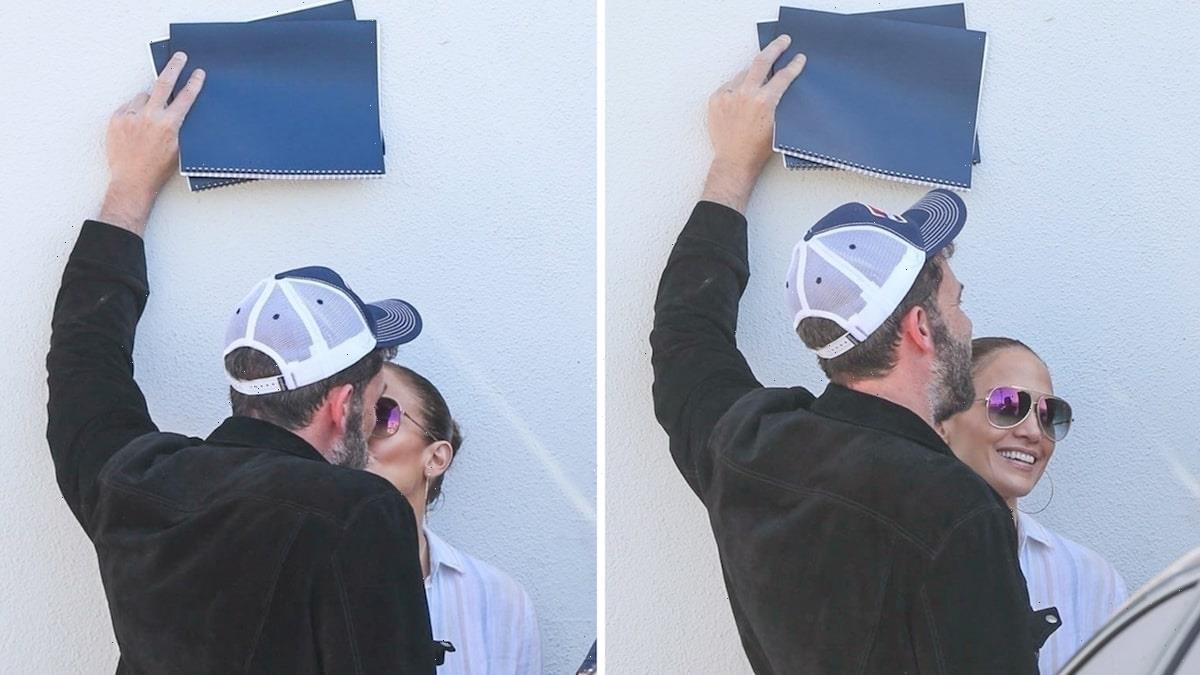 Jennifer Lopez tried throwing folks off the engagement scent hours before announcing she’s going to marry Ben Affleck … because she lost the huge rock while out with her fiancé.

Bennifer were out and about Friday checking in on some commercial real estate in L.A. they may, perhaps, be in the market for — which isn’t all that crazy, especially since they just snapped up a massive estate together … and are now going to be man and wife. 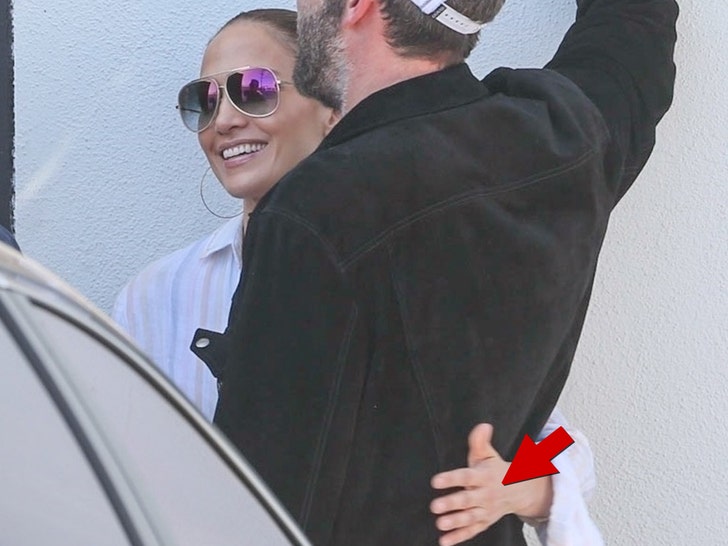 As you can see, the love birds were showing off PDA as they perused what’s been described to us as an empty office studio housed in a warehouse of some sort. While they were outside, Jen had her arms wrapped around Ben’s waist .. and THAT finger was exposed.

Clearly, there’s no ring there … unlike from just a few days earlier, when she was spotted doing furniture shopping with the emerald green diamond perched nicely on her digit. 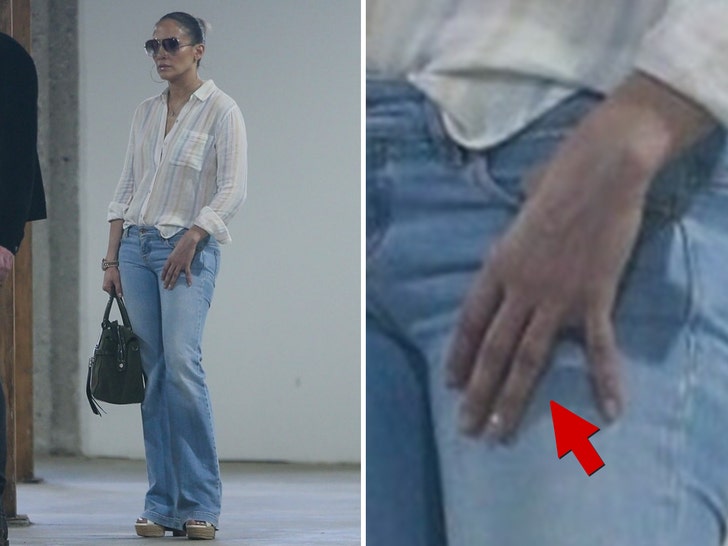 Jen wasn’t hiding the fact she’d ditched the hardware either … even inside, you can see there was no ring in sight. So yeah, it would appear she wanted to keep it low key before going public later that very same evening — at which point, the cat was outta the bag.

Jen told the world through a video message on her website On the JLo — where she posted a video of her apparently receiving the ring from Ben and tearing up. It’s a beaut — and she even threw her old ode to BA ‘Dear Ben’ as the overlaying track playing in the background.

As the quick clip fades out, you can hear the opening lines of the song — “You’re perfect” — which itself is kinda of perf … in that it can refer to both Ben and the diamond as well.

So, now that everyone knows they’re due to get hitched (again) — the question is … will Jen wear the ring out in public all day, everyday??? Considering how head over heels they are for one another, our guess would be yes. And why the heck not … it’s real purrrty, after all. 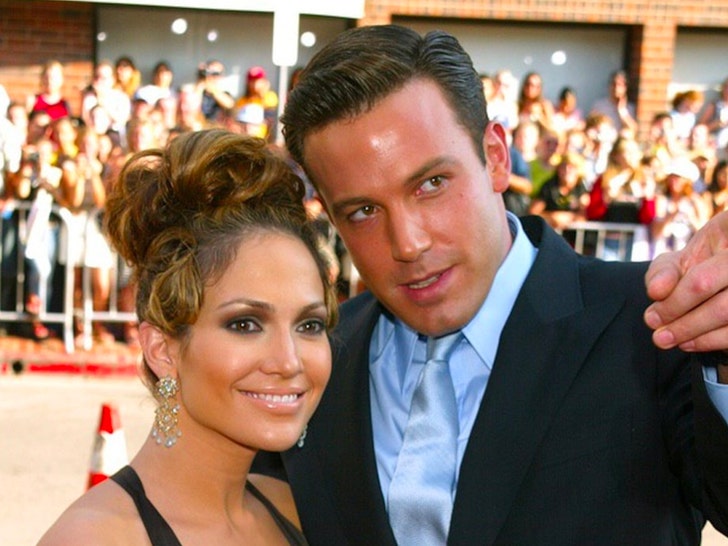