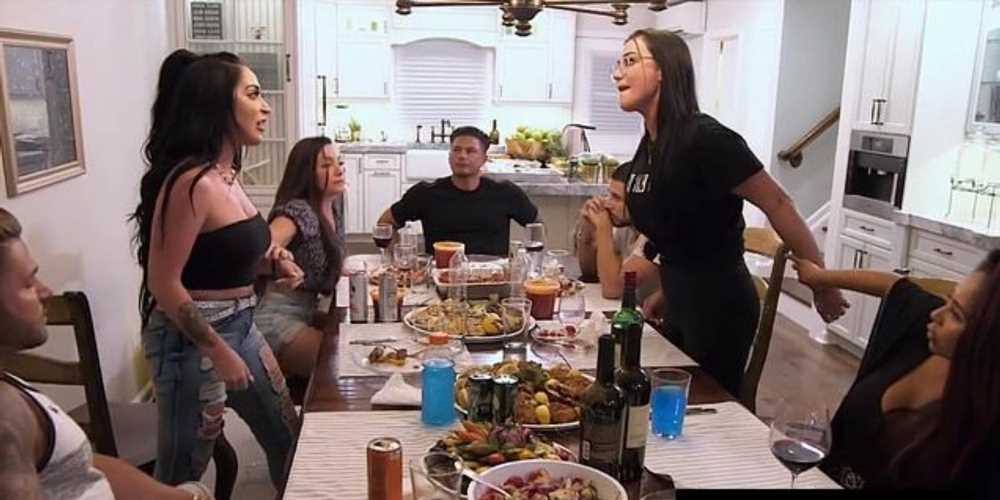 Viewers of both Jersey Shore: Family Vacation and the original Jersey Shore series often looked forward to watching episodes that featured Sunday dinner. These meals generally include Italian specialties, including pasta, assorted meats, salad, and vegetables. These meals are a time for the roommates to relax as a family. However, there have been times with these sit-downs have turned into some of the cringiest moments in the series.

In the history of both Jersey Shore and Jersey Shore: Family Vacation, there has never been a more uncomfortable moment than the dinner when Jenni “JWoww” Farley and Angelina Pivarnick came to blows over an unresolved issue. 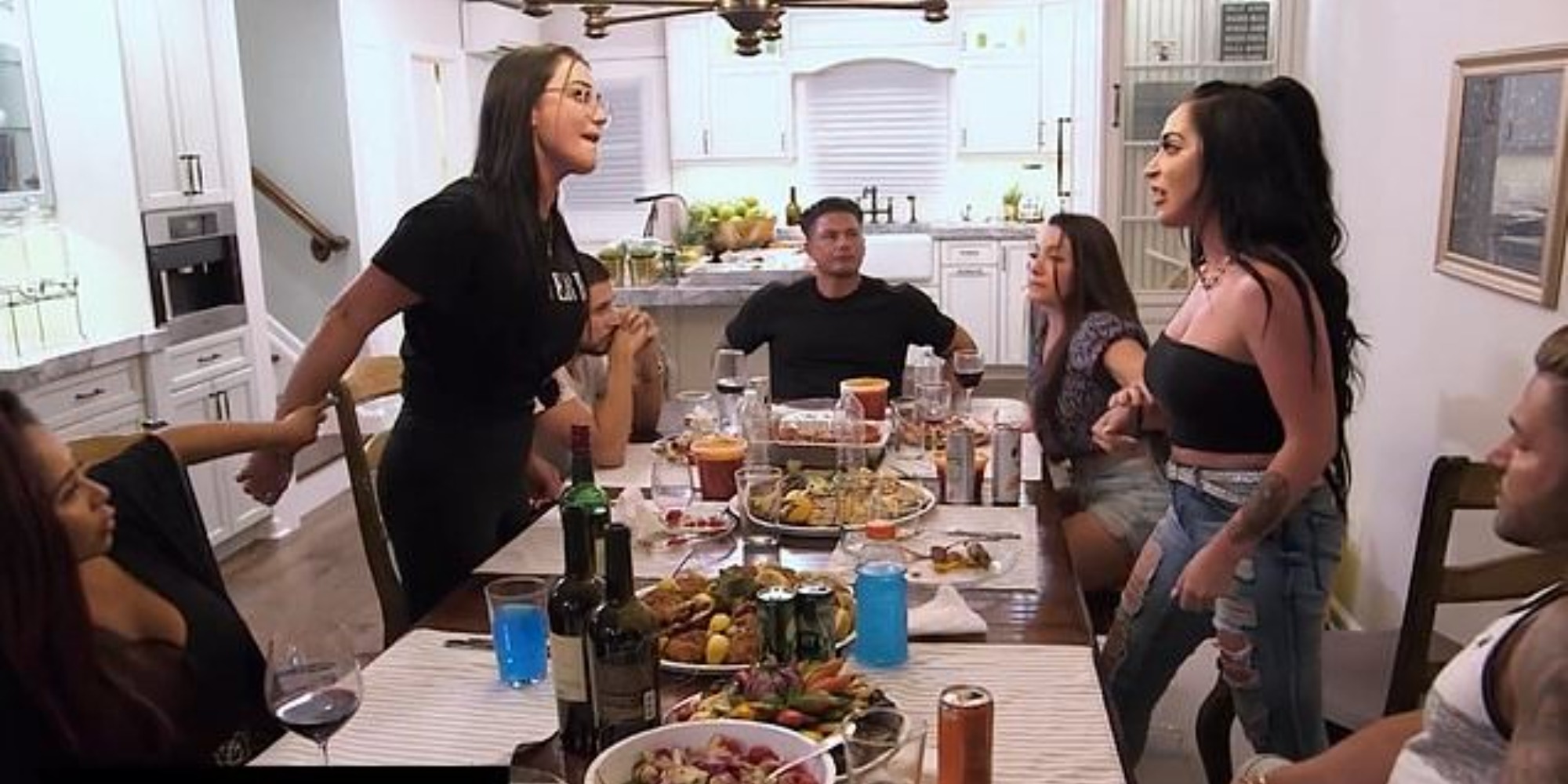 The ‘Jersey Shore’ drama before the Sunday dinner

Drama ensued for the castmates before a dinner held during a vacation in Point Pleasant, New Jersey.

The conflict came after Farley’s then-boyfriend Zach Carpinello inappropriately touched Pivarnick during a night out with the roommates. Farley was passed out drunk at the time of filming.

However, the situation quickly escalated beyond the original conflict, creating one of the worst Sunday dinners in the series’ history.

Jenni and Angelina had a frightening fight during dinner 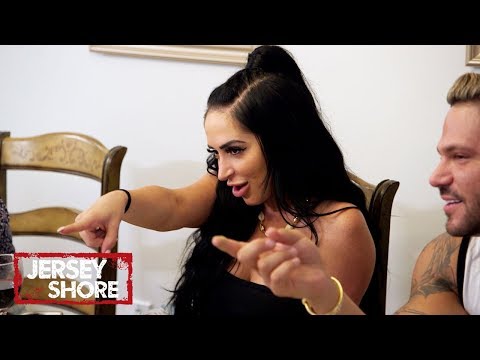 As the cast gathered around a table laden with food, the conflict between Farley and Pivarnick began.

All appeared to be well until Guadagnino noticed what he thought was a piercing underneath Pivarnick’s shirt.

Angelina said she did have a piercing but refused to show it, prompting Jenni to accuse her of lying.

“How much do you commit to a lie?” she claimed. “I would be the same way if I felt guilty.”

The conversation quickly shifted to the night with Carpinello as Pivarnick insisted she never tried to kiss him.

“I’ve been with him for six months, and he’s never disrespected me,” Farley claimed.

When Pivarnick claimed Farley was “trying to get grimy,” Farley slammed her hands upon the table, claiming that Pivarnick didn’t respect her divorce from Roger Mathews.

“You made a lie about me trying to kiss your boyfriend because you want to deflect,” Pivarnick yelled, again stating that Carpinello touched her inappropriately.

Things between the women became physical when Farley tried to smack Pivarnick’s finger out of the way. Farley then picked up a wine bottle and threatened Pivarnick with it.

After the episode where Farley saw for herself Carpinello’s actions toward Pivarnick aired, she posted an Instagram statement claiming she felt “disrespected” by both Pivarnick and Carpinello.

“I feel disrespected by someone I called a friend and someone who stated they loved me,” she wrote.

“For five months, I was kept in the dark about this. For five months, I was naive, probably laughed at, and made into a storyline that will forever haunt me. My heart hurts on so many levels,” Farley continued. “One thing I learned from tonight’s episode is to know your value. Don’t ever lower your standards.”

Pivarnick and Farley later reconciled, as did Farley and Carpinello. The couple became engaged in Feb. 2021.