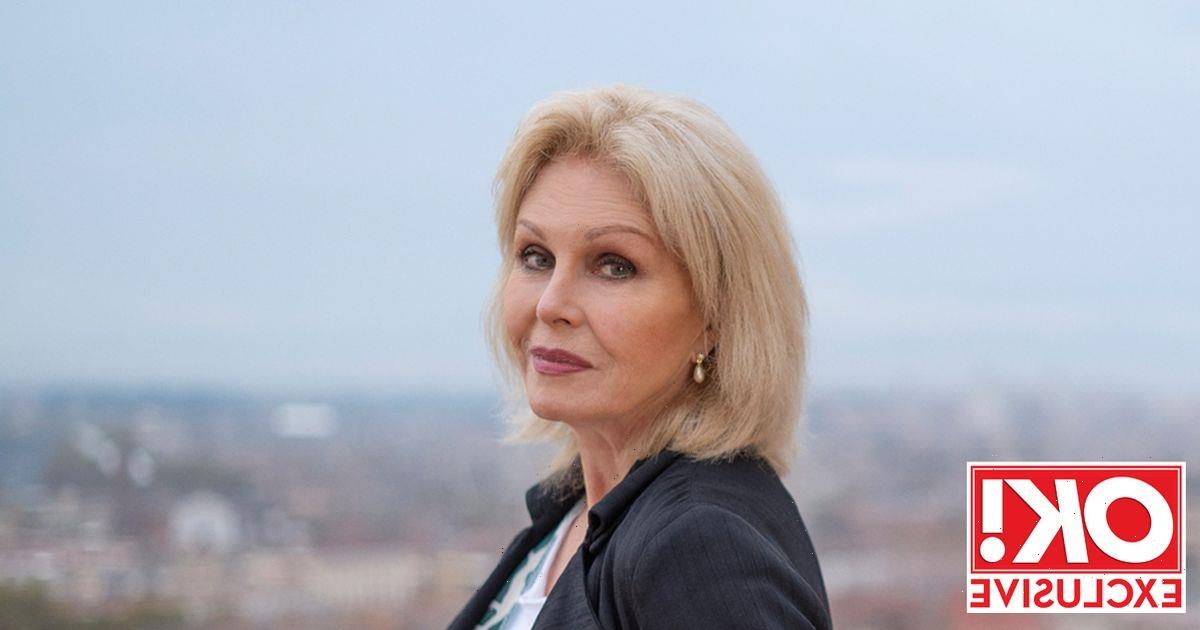 When we sit down for our video call with Joanna Lumley, the topic is travel as the 75 year old globetrotter has just completed her latest show, Joanna Lumley’s Great Cities Of The World.

As well as chatting about her recent visits to the European hotspots of Rome, Paris and Berlin, she also lets us in on the moment she found out about becoming a dame and admits she’s not at all as glamorous as she might seem, dubbing £16 a “fortune” to spend on face cream.

“I love slogging and slugging about a bit,” she says before admitting that she’s lazy with her wardrobe and hair – which she cut herself during lockdown. Here, the Absolutely Fabulous legend shares her philosophy on physical appearances, travel tips and advice for dealing with the paparazzi – should the need ever arise…

Hi Joanna! What was it like to get back out into the world filming?

Although I’d visited Rome, Paris and Berlin before, it was utterly thrilling to go back. Never feel that just because you’ve been to a city, you’ve done it. The more you go back, the more you’ll understand it.

You’re so kind – I’m such a faker [Laughs]. Although I can understand a lot of what people say to me, my language is really poor.

You meet paparazzi photographer Umberto Pizzi on your travels. Have you had any memorable encounters with paps?

I realised quite early on that if you smile and look at them, it’s not really what they want. I always go, “Hello, how nice of you to come today.” And they go, “Oh no, here she is again, all smiling and polite…” So you can usually duck away from them. You’re slightly naked when it comes to restaurants though. Sometimes they phone the paps and they’re waiting for you outside when you arrive. They don’t do it to me any more though because I’m too old. They want to get young ones, footballers and people who are massively rich or beautifully dressed.

You visit Rome, Paris and Berlin for this show. If you had to pick one as your favourite, which would you choose?

Rome is numero uno. If you haven’t been, put it on the list now! You can’t be disappointed there. The food is fabulous and you’re walking on and in history everywhere you go. It’s special beyond words. There’s something very beautiful about seeing ancient cities like Rome without the masses of tower blocks.

What do you make of modern cities in the UK?

I’m looking out of my window here in south London at a storm of a new city. What used to be just a chim-chiminey skyline is now a storm of blocks of flats. They’re all necessary, I suppose, but they rather ruin the feeling of the city. Would you ever move abroad?

I spent all my young life moving around. Wherever you hang your hat is home, you know? But you can see behind me, the walls are slammed to the ceiling with paintings. There’s not one room that isn’t covered with bookshelves.

You don’t mind roughing it, but you seem so glamorous. Where does that come from?

I love you. I’m not glamorous, but I’ve spent a long time this morning trying to look alright for you. I even chose this pale blue top because the jersey I had on was horrible. I love slogging and slugging about a bit. I don’t love luxury. That’s the truth. I always prefer roughing it. Yes, we all love having a big bath and getting into a clean bed, but there’s something quite exciting about unrolling your bed roll in a blowy little tent somewhere and wondering if the jackals will come snooping around. I’ve been on desert islands with nothing at all – no mirror, no makeup, no change of clothes and people have seen me like that.

Does that bother you at all?

I can’t see the point in minding what people think of how you look. I’m very lazy about my wardrobe. You’ll see in the show that a lot of the things I had on were things I’d got out of the cupboard that had been locked away for 25 years.

And you don’t have to say anything, but I think my hair – which was obviously cut by myself in lockdown and dyed by myself, as it always is – looked particularly unpleasant in Rome.

Not in the slightest. With that in mind, what are your must-have travel essentials?

It totally depends on where you’re going. If you’re going to be in the rufty-tufty, always take a torch and things that make your life possible like a long bit of cloth that you can bundle up into a pillow or use as a wrap. When it comes to cities I find that a good book – preferably linked to the location – is the way to go. Remember, you can always buy stuff like toiletries. I spent a fortune on some face cream in Rome. It cost 16 quid, but was the cheapest they had. I’ve become very mean, but 16 quid for what looked like a pot of Nivea! Saying that, it’s marvellous.

So you’re not at all glamorous, but you are set to become a dame. Congrats! How does that feel?

It was such a shock because usually, you’re a CBE before you become a dame or a Sir, so I never thought it would happen. I thought OBE was the finest thing in the world, which was the honour I’d been given in 1995.

I got the letter while my husband [conductor Stephen Barlow] was away and I just opened it up, I looked at it and I’m ashamed to say I just burst into tears. The shock was so huge I couldn’t think what had happened. I thought I might be on the brink of death.

Anyway, I was just utterly, utterly thrilled. It does make you feel a bit humble because you look at other people who are dames and you think, “Well I’m not up to that standard. Perhaps I’ll duck under the wire and nobody will notice.” Have you spoken to any other dames? Have they given you advice?

The first bunch of flowers I got was from Judi Dench, and Twiggy sent me a sweet message. She said she thinks us dames should all get together. There are plenty of us roaming around.

Do you know when your investiture is going to be?

They did put a thing saying, “By the way, we’re massively backed up because of Covid.” I might get it when I’m in my eighties. I might need you to come and push me along and help wipe the dribble.

Can you see it opening even more doors for you?

I wonder if it will? I think I’m so old that either people would have let me in – or locked me out! – regardless of what I’m called. I don’t want it to be any different to tell you the truth. We’re all the same.

Lastly, where is next on your travel agenda?

Darling, I will literally drag my atlas in front of you. I honestly can’t think of anywhere I don’t want to go. That’s how it is if you’ve got the travel bug, which I’ve had since I was born.

For all the latest news on Joanna Lumley and her new TV releases, sign up to OK!’s daily newsletter.