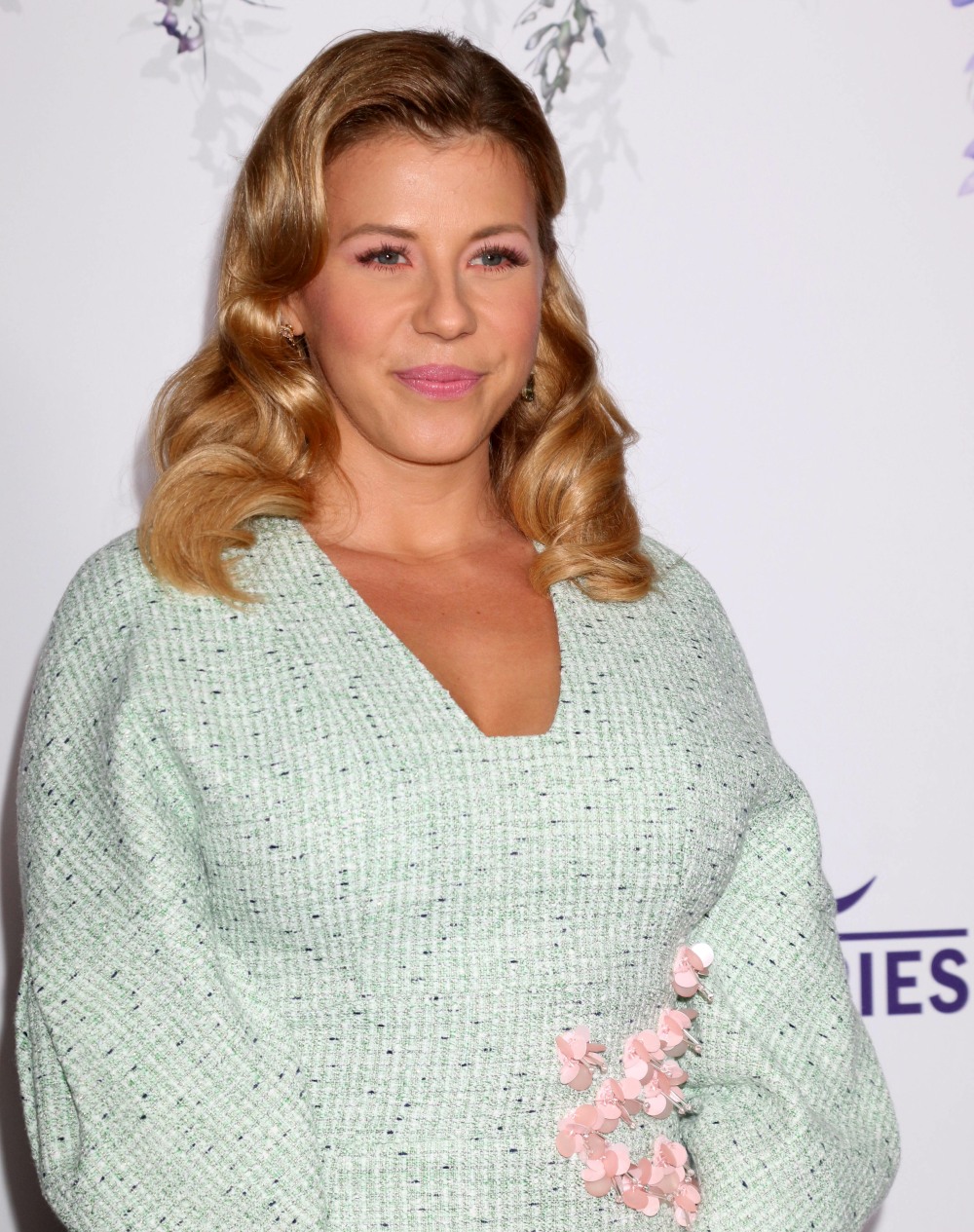 There were large-scale protests around America all weekend following the release of the Supreme Court’s Dobbs decision on Friday. The protestors were mostly made up of unarmed women. My unscientific assessment was that the protests were generally 90-95% female. In Los Angeles, protesters shut down part of the 101 Freeway as they marched into downtown LA. The LAPD showed up and began punching, shoving, attacking, shaking and clubbing unarmed women. One of those women was actress Jodie Sweetin,

The video is shocking. Sweetin really could have gotten hurt or broken something after the cop violently shoved her back. Sweetin released a statement:

Full House actress Jodie Sweetin is “OK,” a rep for the actress tells The Hollywood Reporter after video emerged this weekend showing Sweetin being pushed and falling to the ground during a protest in Los Angeles.

In the video, posted to social media by freelance photojournalist Mike Ade, Sweetin is shown close to a group of police officers. One of them appears to push her and she then appears to trip and fall onto the street. She quickly gets up and collects herself before the protesters chant “no justice, no peace.”

The protest took place on Saturday near the 101 Freeway.

In a statement, Sweetin said, “I’m extremely proud of the hundreds of people who showed up yesterday to exercise their First Amendment rights and take immediate action to peacefully protest the giant injustices that have been delivered from our Supreme Court. Our activism will continue until our voices are heard and action is taken. This will not deter us, we will continue fighting for our rights. We are not free until ALL of us are free.”

The LAPD said in a statement that it was “aware” of the video and that the officers were not letting the group get onto the freeway. “The force used will be evaluated against the LAPD’s policy and procedure,” the LAPD said. “As the nation continues to wrestle with the latest Supreme Court decision, the Los Angeles Police Department will continue to facilitate 1st Amendment rights, while protecting life and property.”

“While protecting life and property…” These women shut down a major freeway, that’s all. They inconvenienced drivers, they didn’t threaten anyone’s life or violently riot their way through brick-and-mortar stores. These women’s lives were put in danger by the LAPD. Heavily armed assailants, using the cover of authority, brutalized women and girls. The cops are also assaulting journalists covering their violence against female protestors.