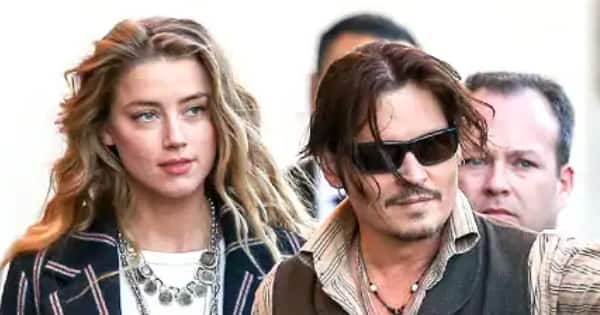 After Dr Shannon Curry presented her analysis of Amber Heard, the Aquaman actress’ psychologist Dr Dawn Hughes gave her testimony to the court in Virginia, Fairfax. She said that Amber Heard suffered from PTSD due to the physical and sexual abuse at the hands of Johnny Depp with whom she was married to for little more than a year. Dr Hughes said that she diagnosed Heard after examining her for 29 hours and reviewing her past records. As per Variety, she concluded that Johnny Depp was allegedly a violent man. Johnny Depp’s side has presented all the testimonies, and now it is the turn of Amber Heard. He has sued her for USD 50 million for defamation.

Johnny Depp’s side have highlighted how Amber Heard instigated fights, and spilled details on how his finger got cut due to a vodka bottle in Australia. Dr Dawn Hughes said that Heard told her that whenever Johnny Depp was intoxicated he would throw her on bed, tear off her nightgown and force her to have physical intimacy. Spilling more details, Dr Dawn Hughes said that Johnny Depp allegedly assaulted with his fingers and even used a bottle. It seems Amber Heard’s friendship with James Franco upset him and he suspected her of having an affair. It seems his substance abuse led to such incidents. Amber Heard is expected to talk more about these incidents.

Dr Shannon Curry a clinical and forensic psychologist told the Court that Amber Heard displayed symptoms of what looked like borderline personality and histrionic disorder. She said she listened to Amber Heard for over 12 hours on the behalf of Johnny Depp and her statements were overly dramatic. Dr Dawn Hughes said that she did not agree with Dr Shannon Curry. She said that Amber Heard displayed symptoms of a woman who suffered in a marital relationship. It is a known that even her parents were quite abusive. Dr Dawn Hughes said, “She truly believed she could fix Mr. Depp and rid him of his substance abuse problems, but that did not work.”

She also said that Johnny Depp tried to control the career of Amber Heard. Another therapist Dr Laurel Anderson said that the couple engaged in what is termed as mutual abuse. Dr Hughes said that Johnny Depp had more power in the relationship on all fronts. In the mean time, social media has trolled Dawn Hughes saying that she lacked objectivity. Take a look at the reactions….

Johnny Depp has countered sued Amber Heard for 100 million USD. There is a petition to remove her from Aquaman 3, which has got 3 lakh signatures.