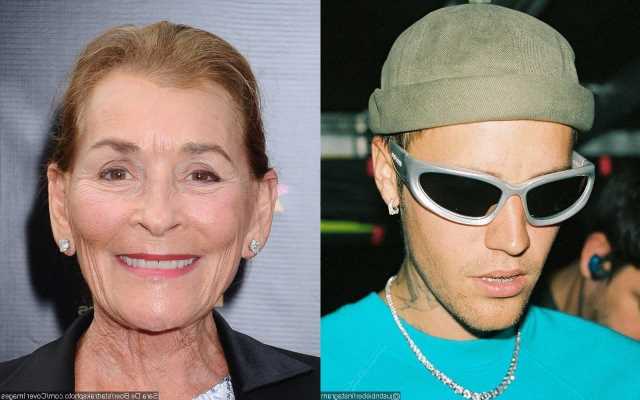 According to the TV personality and former prosecutor, the Canadian pop superstar used to be terrified of her after she called him out for ‘making a fool out of himself’ following his 2014 DUI.

AceShowbiz –Justin Bieber apparently did not get along with his former neighbor Judge Judy Sheindlin. In a new interview, the “Judge Judy” alum unveiled that the Canadian pop superstar was “scared” of her “to death.”

In an interview with Access Hollywood, published Monday, November 7, the TV personality and former prosecutor claimed the “Hold On” singer used to be terrified of her after she’d slammed him about his teen years. “He’s scared to death of me,” the 80-year-old told the outlet. “There was a period of time before he grew up, when he was foolish, and doing foolish things.”

Judy added that Justin did everything he could to not cross paths with her when they lived next door to each other. The no-nonsense magistrate explained that the 28-year-old star was so dismayed by her presence that he even allegedly had his security team keep tabs on her schedule so he could avoid her at all costs.

With a laugh, Judy said, “I must have said something about it, and then, I understood that he was paying the front door people to let them know when I was there, coming and going, so he wouldn’t have to bump into me.”

“I think it’s sad. And nobody’s going to remember that he was a marginal singer,” Judy added. “But they’re going to remember a young kid who had a chance to have it all and who is blowing it by acting like a fool.”

During the seventh anniversary of his Miami arrest, Justin, who married Hailey Baldwin in 2018, opened up on social media about that time in his life and how his relationship with God has helped him become a better person. “7 years ago today I got was arrested, not my finest hour. Not proud of where I was at in my life. I was hurting, unhappy, confused, angry, mislead, misunderstood and angry at god,” he wrote on Instagram.

“I also wore too much leather for someone in Miami. All this to say God has brought me a long way,” the “Peaches” crooner wrote alongside a photo of himself hunched over in handcuffs.