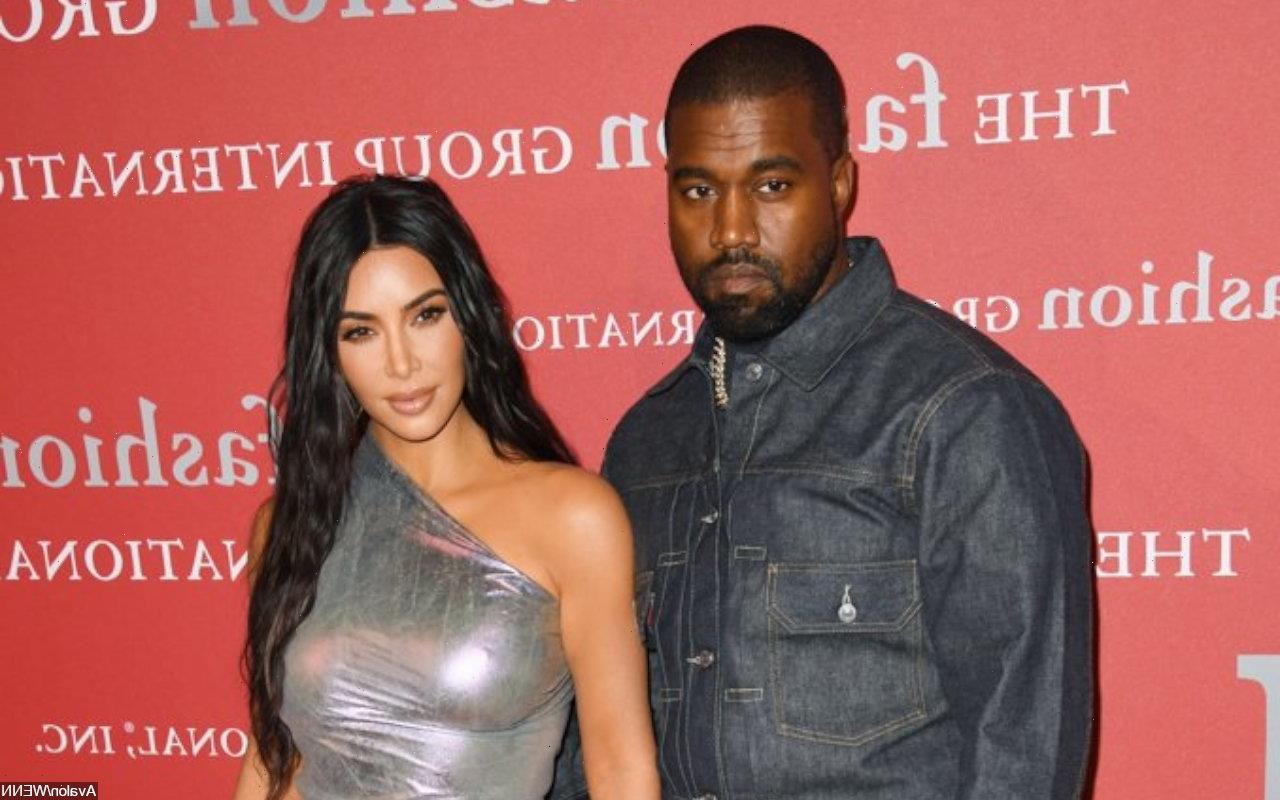 The ‘Gold Digger’ rapper gets emotional as he reflects on his marriage and accuses his estranged wife of ‘taking everything’ after playing a song titled ‘Welcome to My Life’.

AceShowbiz –Kanye West reportedly broke down in tears at his album listening party. Holding out the event to launch his upcoming tenth album over the weekend at ChurchLV, a non-denominational Christian Church in the Las Vegas Valley, the rapper reportedly got emotional as he reflected on his marriage to Kim Kardashian.

According to The Sun, one of the songs, “Welcome to My Life”, addresses his personal issues in the last two years, including his split from the reality star, a meltdown on Twitter and his failed bid to become U.S. President. In the song, he likens his marital home with Kim in Calabasas, Los Angeles to a jail. “Tell the assassins I escaped from Calabasas,” part of the lyrics goes.

A source at the listening party in Las Vegas said, “It’s a very deep, sad song about Kanye, with him reflecting on his marriage with Kim.” The source added, “He talks about the kids and mentions her taking everything. After he played this song he paused for like, two minutes, and cried. It was really sombre.”

The album, titled “Donda” after Kanye’s late mother, also features snippets from his mother, who died in 2007. Select people were sent invites just hours before the listening event and attendees were made to put their phones in pouches so they could not record songs.

Kanye’s new album is expected to be released on Friday, July 23. One day prior, he is set to hold a formal listening party at Atlanta’s Mercedes-Benz Stadium. Tickets go on sale at 5 P.M. on July 22.

His album launch aside, Kanye is putting a united front with his estranged wife Kim for the sake of their children. Last Friday, ahead of his album listening event, the former couple reunited for a family outing with their four children, North, 8, Saint, 5, Chicago, 3, and Psalm, 2, in San Fransisco.

On Saturday morning, the family reportedly grabbed breakfast before heading to the Asian Art Museum before it opened to the public. “They are getting along great, and it was their first public outing together as a family, reconfirming that they are in lockstep when it comes to co-parenting and putting their kids first,” a source told Page Six of the family’s outing.