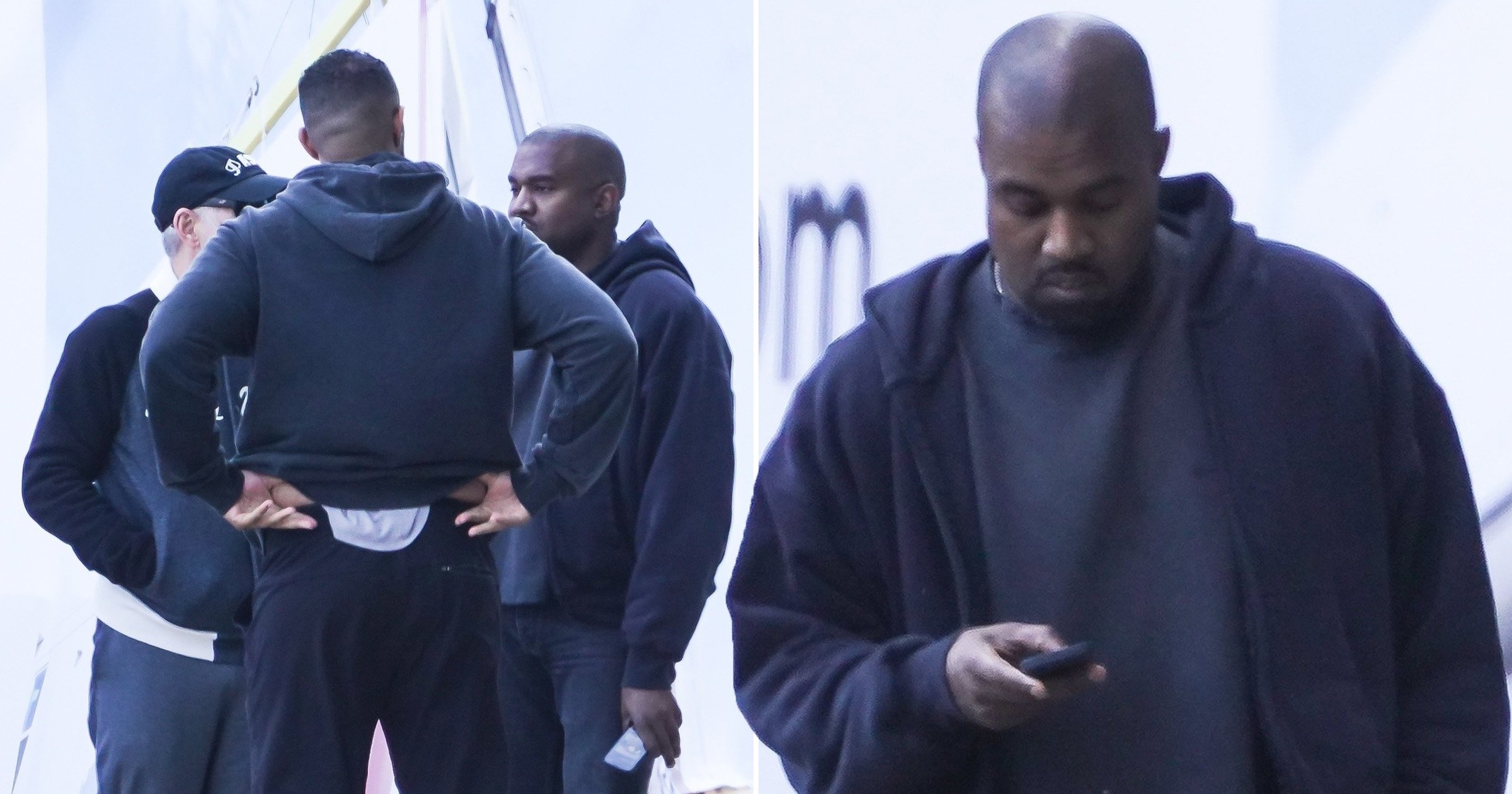 Kanye West has stepped back into the public eye amid reports he has pulled out of his Coachella performance.

The Gold Digger rapper has been keeping a low profile in recent weeks since embarking on an explosive social media rant over his divorce from ex-wife Kim Kardashian, and her new boyfriend Pete Davidson.

It is also claimed that the 44-year-old has cancelled his headline performance at upcoming music festival Coachella for an unknown reason.

On Sunday, Kanye was spotted at a construction site in Beverly Hills, California with several members of his team.

Dressed casually in a hoodie, T-shirt, jeans and his favourite wellington boots, the hip hop star appeared relaxed as he scrolled through his phone and chatted with his co-workers before climbing into a waiting car.

Music fans are now wondering who will replace Kanye now that he will no longer appear at Coachella, which he was set to headline at the Empire Polo Ground on April 17 and April 24. As well as this, Travis Scott was due to join him at some point during the performances, but TMZ has reported that this is now out of the question.

It is unclear why the dad-of-four pulled the plug on his appearance, but a source claimed to Variety that he had not rehearsed or prepared for the gig.

Ye has not addressed the claims publicly, while Coachella bosses have not made any announcements over whether he will be performing.

It was recently reported that the Grammy-winner is ‘seeking help’ following his bitter split from ex-wife Kim.

The Skims businesswoman filed for divorce from the musician in February 2021, bringing their six-year marriage to an end.

Following their split, she publicly moved on with Saturday Night Live comedian Pete, but Kanye made repeated public declarations that he wanted her back.

He also posted explicit outpourings about Pete on Instagram, leading to a 24-hour ban from the platform.

An insider has since claimed that Kanye has agreed to stop his behaviour on social media for the sake of the four children he shares with Kim – North, Saint, Chicago and Psalm.

A source close to the Kardashians told Page Six: ‘For the sake of the kids, Kanye has told Kim he’s not making any public appearances or inflammatory social media statements, and he will go away somewhere to get better.’

Kanye’s rep added to the outlet: ‘At this time, Ye is committed to a healthy co-parenting relationship with Kim and is focused on raising their beautiful children.’