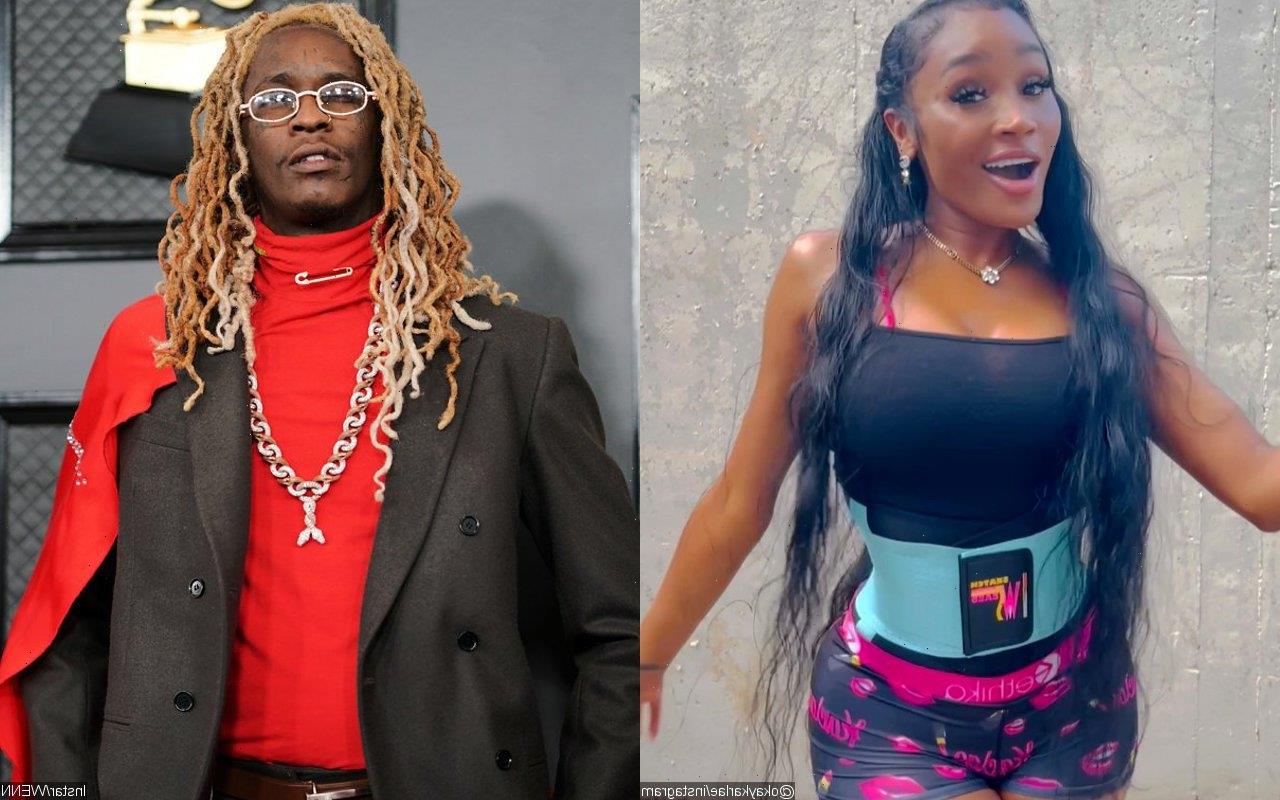 During an interview, YSL’s first lady revealed if she and her label boss will walk down the aisle in the near future as it’s been seven years since they started dating.

AceShowbiz –Karlae gets candid about her relationship with Young Thug. During an interview with HotNewHipHop, YSL’s first lady revealed if she and her label boss will walk down the aisle in the near future as it’s been seven years since they started dating.

“We got engaged and I was on the road with him for a long time,” Karlae shared. “I picked up a lot of my musical sense from him. We’ve been together for seven years and I’ve known him for seven years. We linked up in Miami and have been attached at the hip ever since.”

Despite the ups and downs in their relationship, Karlae said that they’re now in a good place. “We have an undeniable bond. We love each other to death, in a weird way,” she explained. “Right now, we’re in the process of just proving that we’re not going to be Mr. and Mrs. Smith and try to tear each other’s heads off. We’re just vibing and enjoying life, but that’s my baby and vice versa.”

However, it seems like marrige is not in their plan for now. “I just want us to be on the same page and focus on having so much fun,” Karlae divulged. “When we first met, I was really hard on him. But now, I just want us both to enjoy these experiences, be grateful, and enjoy our lives.”

“With my journey in music and him being a CEO, I can’t see us getting married right now. I feel like now we need to focus on being artists and living our lives because we were together since we were like babies. We never got to take a breather and not think about marriage and other scary stuff,” she explained.