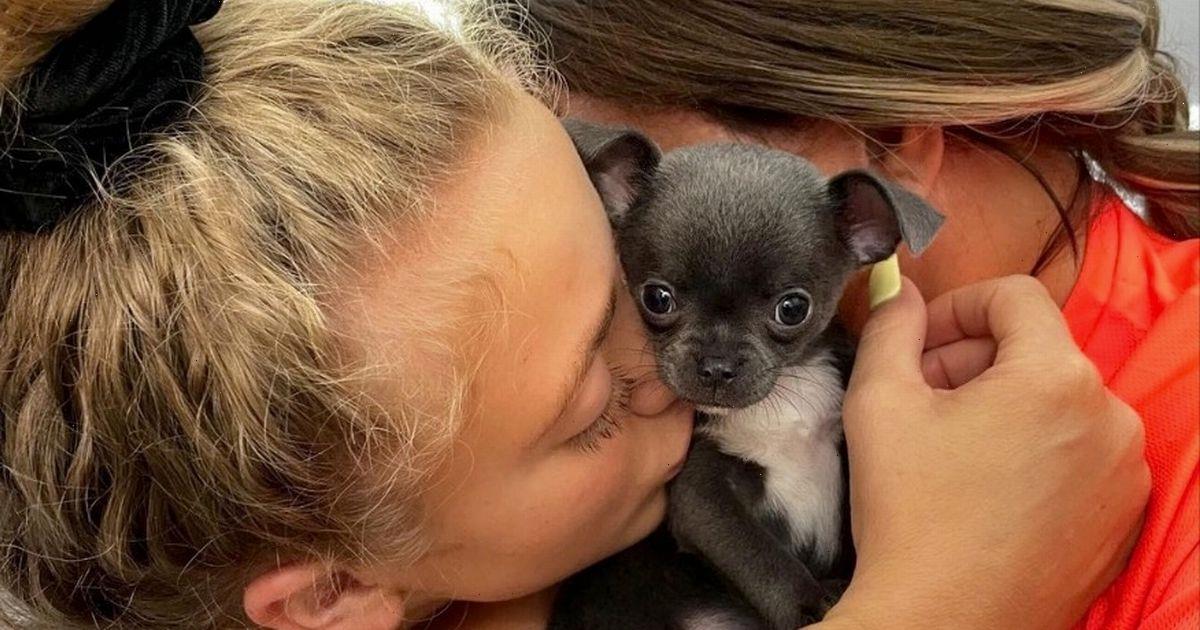 Katie Price has added another dog to the family by buying her daughter Princess a second puppy for her 14th birthday.

Carl Woods posted photos of the new pooch on Instagram on Tuesday night, showing off the new addition as Katie and her daughter cuddled the chihuahua.

While the dog is intended for Princess, her step-mum Emily, who is married to Peter Andre, has an allergy to dogs and so the puppy will be staying with 43 year old Katie and her fiancé Carl.

A source said: "Princess loves animals and it’ll be a playmate for Precious, who Katie bought her last year.

"It’s a teacup chihuahua and Princess couldn’t be happier. She will live with Katie as step-mum Emily is allergic," the source told The Sun.

The family have had a number of dogs over the years, with some tragically passing due to accidents.

A source told The Sun at the time: "Rolo was found dead by Harvey's carer and they had to phone Katie to break the news.

"Katie is devastated and heartbroken and had to call Princess and break the news. Everyone's in floods of tears.

"It was a tragic accident nobody could have foreseen – it's no-one's fault, but Katie can't stop crying."

In 2018, the family lost their dog Queenie after it was struck by a delivery driver.

Katie and her family still have a number of pets, including Katie's protection dog, an Alsatian named Blade who sleeps in her bedroom with her.

The family have another French bulldog named Precious, who they bought in November last year and Katie’s fiancé Carl has a dog named Sid.

Katie went all out for Princess’s birthday as she celebrated with an all-pink party, complete with a pink cake, donuts, candy floss, cupcakes, cookies and marshmallows.

The cake was decorated with edible lipstick, eye shadow kits and make up brushes along with a crown.

Katie posted a sweet tribute to Instagram on the day of her daughter’s birthday.

She wrote: “Happy Birthday to my mini me @officialprincess_andre who since born has been my absolute Princess we do everything together share everything my best friend and absolutely beautiful inside and out she is a dream daughter.