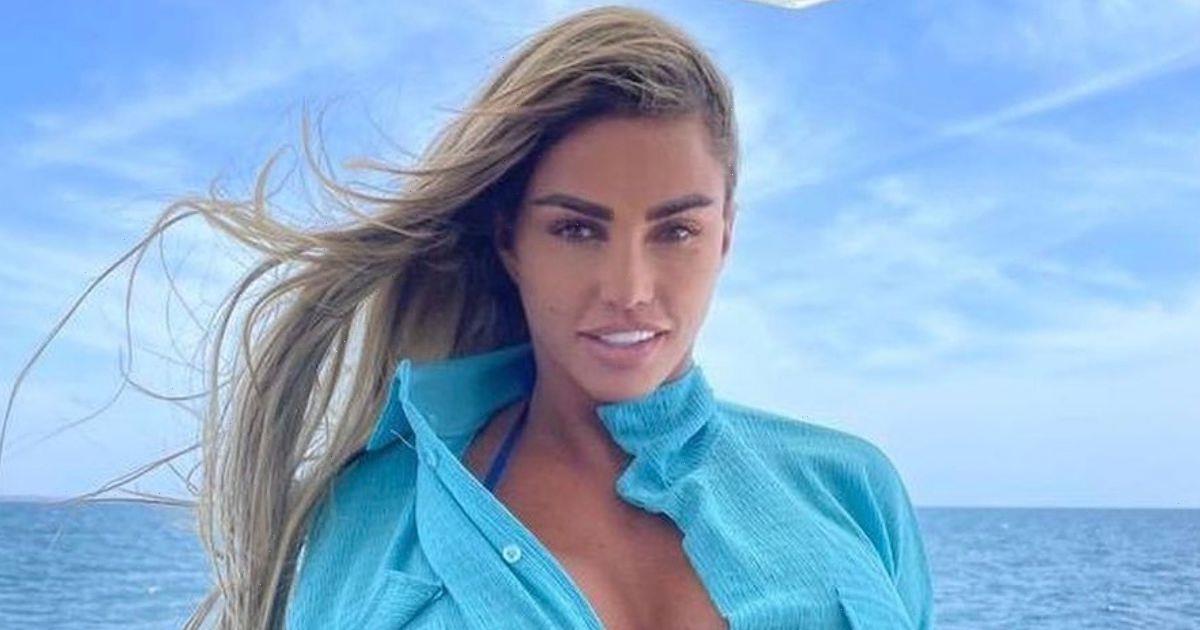 Katie Price cut a chic and laid back figure as she enjoyed a trip aboard a luxury yacht with fiancé Carl Woods on Friday.

The former glamour model, 43, was seen soaking up the sunshine on the lavish holiday while wearing a matching top and shorts combo in a bright blue hue.

The businesswoman was on board the yacht as part of a celebration for a friend’s birthday.

Wearing her blonde hair loose for the occasion, Katie completed her look with a trademark smokey eye.

Alongside the photo, the star also shared a few more images from her trip on Instagram, with the reality star also spotted posing on a balcony with a backpack and a pair of white trainers.

The latest trip was just one of many enviable getaways the star has been on in recent month as she enjoys time away from the spotlight with partner Carl.

In his own Instagram story, Carl, 32, shared a video from the undisclosed location as the couple celebrated together with friends alongside the backdrop of dreamy blue oceans and sandy horizons.

In contrast to Katie’s blue ensemble, Carl sported a beige tank top with a black baseball cap and aviator sunglasses as he struck a pose to showcase the tropical views behind them.

The holiday follows news that Katie was reportedly snubbed from appearing in the upcoming All-Stars edition of I’m a Celebrity Get Me Out of Here.

Katie famously appeared on the show back in 2004 and again in 2009 and had recently expressed her desire to once again appear.

However the reality star was “not suitable for the family show” reportedThe Sun, as they felt her recent string of lawsuits meant “she is too much of a liability.”

While a source close to the show did not dispute that she would make for some entertaining viewing, they felt she wasn’t a good role model to be endorsing given the show’s wealth of young fans.

A source said: “There is no doubt that Katie makes great TV and was one of the standouts on I'm A Celeb over the years, but she is too much of a liability for the show to cast her in the All-Stars version.

"Given her pending court case, as well as her existing convictions, the series can't be seen to endorse her by inviting her back into the jungle.”

They continued: “Of course this may change in the future when there has been some distance from all the legal dramas, but as it stands currently, ITV don't think it would be appropriate – even though they know she would deliver ratings gold.”

An ITV spokesperson also told the publication: “At this point, all casting suggestions are purely speculation.”

For all the latest showbiz stories, sign up for OK! 's daily newsletter here .