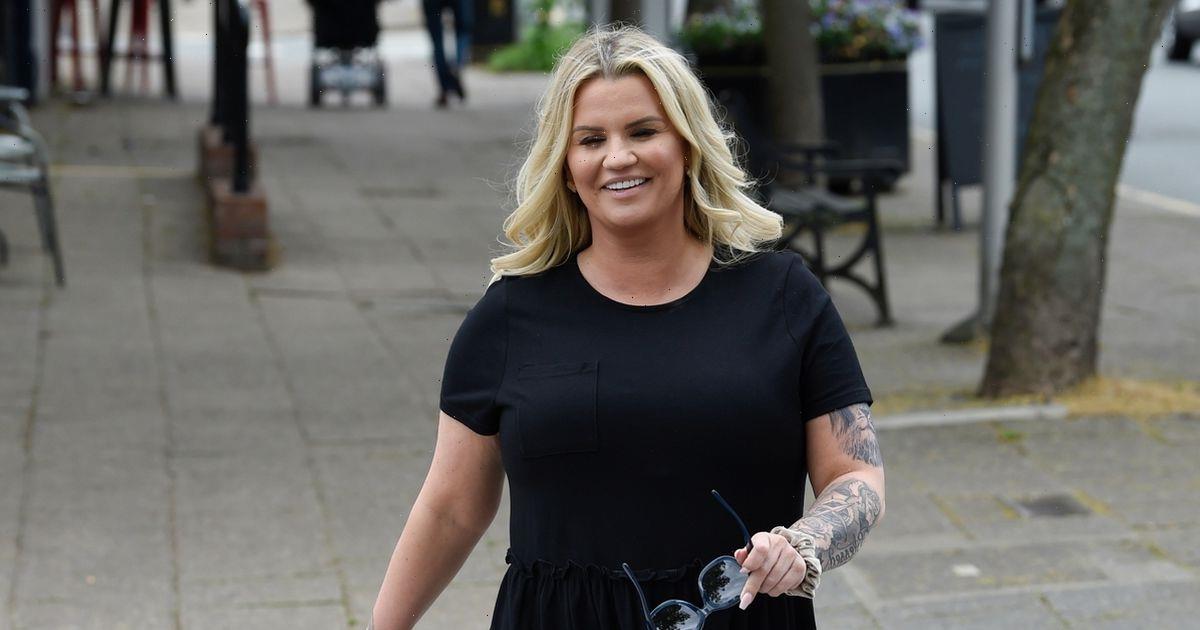 Kerry Katona has been spotted out and beaming for the first time since undergoing a boob reduction procedure earlier this month.

The former Atomic Kitten singer, 41, revealed at the start of May that she had undergone a breast reduction op in order to shrink down from a DDD cup to a C cup.

Following the procedure, Kerry has been recovering while staying with her mother and isolating from the rest of her family, however the OnlyFans star was spotted out in public for the first time since the procedure on Tuesday as she attended a hair appointment in Cheshire.

Kerry's trip to the salon had clearly been as success as her blond locks tumbled onto her shoulders in a fresh, bouncy blow-dried style.

The star also shared a video on Instagram with a more polished look as she showed off her freshly styled locks alongside a chic cream patterned blouse.

In the five minute clip, Kerry could be seen riding in a Lamborghini as she gave fans an update on her procedure, which included a special shoutout to Pall Mall Cosmetics, the Manchester based cosmetic surgeons who were responsible for her reduction procedure.

She told her fans in the video: “I’ve come on to give Pall Mall a massive shoutout, because I can’t get over how amazing my boobies are! Just the healing process, they look so good!”

It hasn’t been completely smooth sailing for Kerry, as although her procedure went well, the star still ended up in hospital over the weekend, sparking an outpouring of concern from fans.

The star posted a photo of herself sporting an IV drip as she was treated for a mystery illness on her Instagram story, sparking an outpouring of concerned messages from fans.

Kerry was happy to reassure those concerned that she was fine however, with the illness related to something completely different to her recent surgery.

Speaking on Instagram, Kerry told fans: “I was in hospital at the weekend, it was absolutely fine, it was my stomach but it’s all good, nothing to worry about.”

Although the singer has confirmed she’ll be taking a little more time off to fully recover and heal up after the procedure, Kerry has stated she’s keen to get back to work and even revealed that she intends to attend a Homefield Grange retreat in Northampton once she’s fit enough, to help aid in her overall wellness.

“It's all about mindfulness – meditation and yoga – and also healthy eating,” revealed the star.

For all the latest showbiz stories, sign up for OK! 's daily newsletter here .