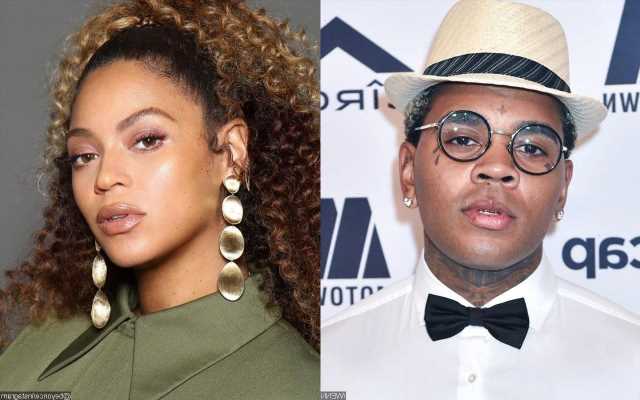 When discussing his song ‘Super General’ on which he name-drops the ‘Formation’ singer and Rubi Rose among others, the rapper says, ‘You the most beautiful woman in the world. I would drink your piss.’

AceShowbiz –Kevin Gates is willing to go great lengths to show his love for Beyonce Knowles. After lusting after the wife of Jay-Z on his song “Super General”, the rapper admits that he would drink “Beyonce’s piss.”

Kevin discussed his song, on which he name-drops the R&B diva, Rubi Rose and Nicki Minaj, during an appearance on “The Bootleg Kev Podcast” last week. When asked about his references to Rubi, he began explaining, “To be honest, and this is with all due respect, that’s one of the most beautiful women in the world. I sit in the trap with all the monsters, they say the same thing. All I did is say what everybody thinks. You the most beautiful woman in the world. I would drink your piss. What the f**k? Like, come on.”

When the host confirmed, “Beyonce’s piss obviously,” Kevin responded, “Yeah. Right here on my mouth.” He continued defending his song, “I speak for the n***as that’s incarcerated, that sit there and watch these people on the TV and everything. This what everybody thinking.”

The “Khaza” emcee added that Jay-Z should be proud that so many people find his wife attractive. “I’d feel good knowing that everybody in the world want this, what I have, what’s mine,” he shared.

On the said song, Kevin raps, “Ain’t no disrespect to Jigga, met through Nipsey, that’s my n***a/ Don’t know if they into swingin’, Beyonce need to let me hit her/ Make her piss all on this d**k, respectfully, her body shiver.”

Of the “Anaconda” hitmaker, Nicki, Kevin raps on the track, “I want Nicki, she need Kevin, she still playin’ around with Kenneth.”

While neither Beyonce nor Nicki has publicly responded to the song, Rubi recently said that she found it “cool,” as long as it’s kept to just music.