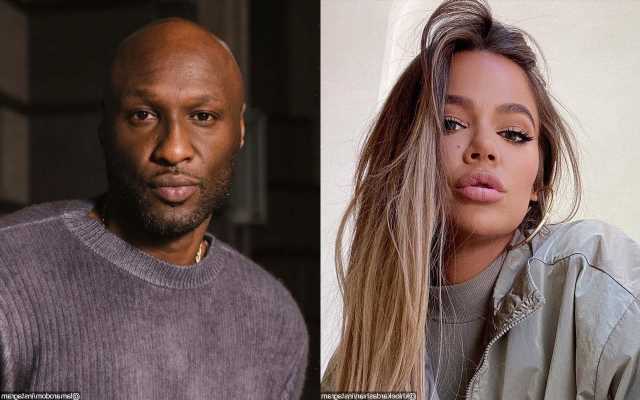 The former ‘Keeping Up with the Kardashians’ star, who just broke up with her baby daddy Tristan Thompson, reportedly has ‘completely moved on’ from her ex-husband.

AceShowbiz –Khloe Kardashian might have put the past behind her. It was reported that the former “Keeping Up with the Kardashians” star has “no interest” in getting back together with ex-husband Lamar Odom despite his flirtatious comment on her social media post.

“Khloe will always have a sweet spot for Lamar in her heart but has no interest in rekindling a romantic relationship,” a source told E! News. “She has completely moved on from that chapter… [She] learned a lot from her and Lamar’s relationship and would never go back.”

“He has tried to reach out and get her attention and Khloe just laughs it off,” the source went on explaining. “[He] would love to get back with her and it would be a dream if they could give their relationship another shot.”

Despite ruling out any possibility of rekindling their romance, the Good American founder reportedly “will always feel empathetic towards” the former professional basketball player. She also thinks her former spouse has played a “huge part” in her life while they were married from 2009 to 2016.

The report came after Lamar left a flirty comment on Khloe’s Instagram post. Earlier this month, the daughter of Kris Jenner shared a bikini picture while taking an outdoor shower. The post didn’t go unnoticed by Lamar who then commented, “Hottie.”

However, the remark apparently was not welcomed by Khloe’s baby daddy, Tristan Thompson. The Boston Celtics player replied to Lamar’s comment by writing, “God brought you back the first time. Play if you want, different results,” seemingly referring to Lamar’s nearly fatal overdose in 2015. The 41-year-old has since deleted the comment.

About how Khloe reacted to her exes’ online feud, she allegedly thought their actions were “childish.” A source close to the reality TV personality further spilled to E! News, “She hates they were publicly acting like that, but also had a laugh.”