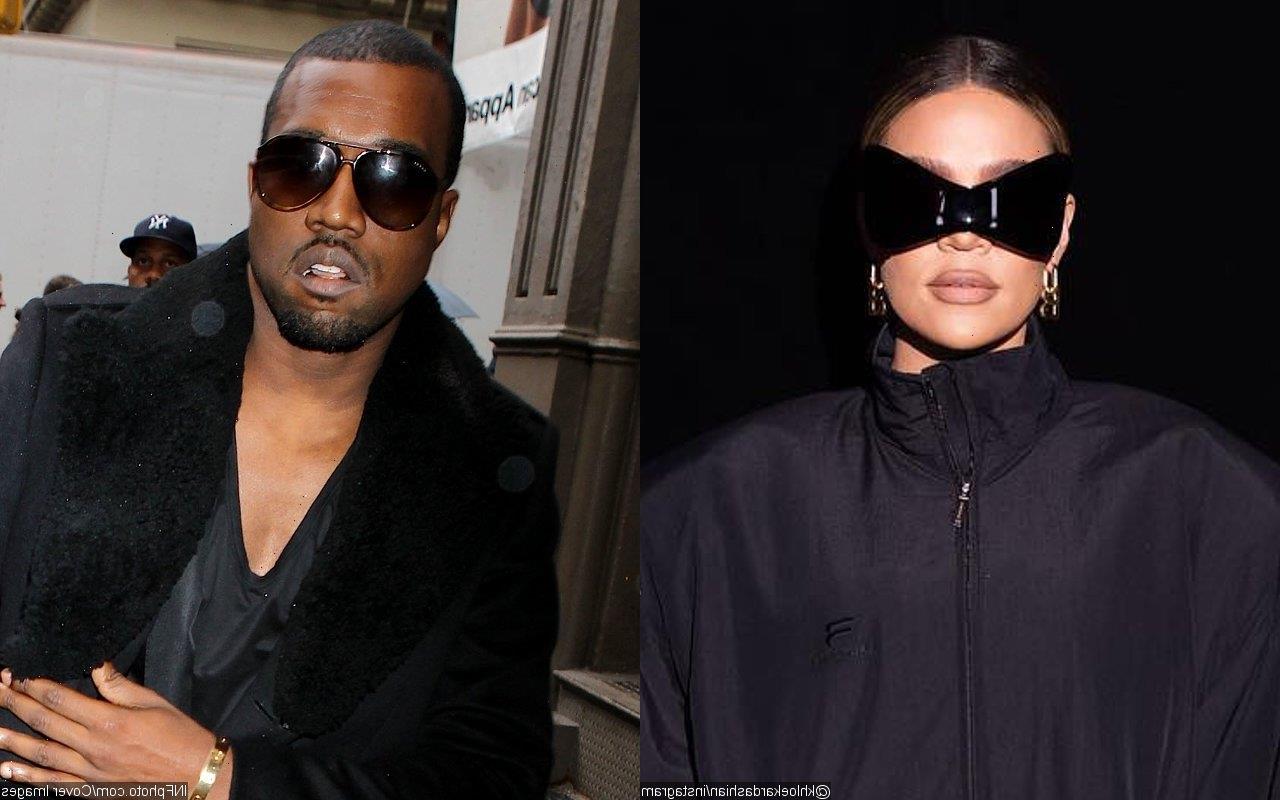 The ‘Kardashians’ star’s eyebrow-raising fashion choice comes after the shoe brand announced its decision to drop the Yeezy designer over his anti-Semitic comments and ‘White Lives Matter’ rants.

AceShowbiz –Khloe Kardashian apparently doesn’t entirely distance herself from anything related to Kanye West. “The Kardashians” star was seen stepping out while rocking a pair of the rapper-turned-designer’s Yeezy 350 sneakers on Wednesday, October 26.

While taking her daughter True Thompson to an art class, the reality star opted to look casual in a gray sweatsuit that she paired with black shades. The 38-year-old star’s eyebrow-raising fashion choice arrived after Adidas announced its decision to drop the “Donda” artist following his anti-Semitic comments and “White Lives Matter” rants.

The shoe brand, which launched Ye’s first pair of Air Yeezy sneakers in 2013, revealed the decision in a statement earlier this week. “Adidas does not tolerate antisemitism and any other sort of hate speech. Ye’s recent comments and actions have been unacceptable, hateful, and dangerous, and they violate the company’s values of diversity and inclusion, mutual respect, and fairness,” the brand said in a statement.

“After a thorough review, the company has taken the decision to terminate the partnership with Ye immediately, end production of Yeezy branded products and stop all payments to Ye and his companies. adidas will stop the adidas Yeezy business with immediate effect,” it continued.

As for Khloe, she was the first Kardashian family member who posted a statement in response to Ye’s anti-Semitic comments. The Good American founder wrote on Twitter in the wee hours of Monday morning, “I support my Jewish friends and the Jewish people.”

Ye’s ex-wife Kim Kardashian followed suit shortly after. The SKIMS founder, who shares children North, Saint, Chicago and Psalm with the “Jesus Is King” artist, condemned hate speech as she wrote on Instagram, “hate speech is never OK or excusable.” She went on noting, “I stand together with the Jewish community and call on the terrible violence and hateful rhetoric towards them to come to an immediate end.”