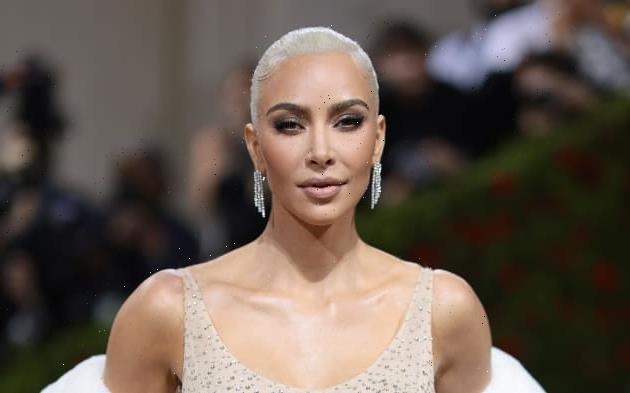 Right after Kim Kardashian and Pete Davidson made their red carpet debut as a couple, they made another appearance.

This time, Kim showed up wearing a piece of history — literally — in the form of one of America’s most famous dresses.

Kim didn’t just dress like Marilyn Monroe, she went all out.

The Met Gala ended up being upstaged on Monday night by one of the bleakest pieces of news in decades, but not before several stars made a splash.

As she detailed on social media, alongside photos, wearing the historical treasure meant accepting a few surprises.

“Met Gala — In America: An Anthology of Fashion,” Kim began her Instagram caption.

“I am so honored to be wearing the iconic dress that Marilyn Monroe wore in 1962 to sing ‘Happy Birthday’ to President John F. Kennedy,” she expressed.

Kim praised: “It is a stunning skintight gown adorned with more than 6,000 hand-sewn crystals by costumier Jean Louis.”

“Thank you Ripley’s Believe It or Not!” Kim noted.

She thanked them “for giving me the opportunity to debut this evocative piece of fashion history for the first time since the late Marilyn Monroe wore it.”

Kim humbly concluded: “I am forever grateful for this moment.”

The iconic dress had been on display in Orlando, Florida at Ripley’s Belive It or Not!

Kim paired the dress with a white fur jacket and with eye-catching diamond earrings.

Speaking to the Vogue correspondent, La La Anthony, on the red carpet, Kim gushed about wearing a piece of history.

“Well this is Marilyn Monroe’s dress and it is 60 years old and she wore this when she sang ‘Happy Birthday’ to President John F. Kennedy in 1962,” Kim acknowledged.

“I had this idea to try it on,” she recalled.

“And then,” Kim described, “they came with armed guards and gloves.”

“I tried it on and it didn’t fit me,” Kim admitted.

“It was such a challenge. It was like a [movie] role,” Kim described. “I was determined to fit [into] it.”

“I haven’t had carbs or sugar in about three weeks,” Kim explained.

“We’re having pizza and donut party back at the hotel [after the Met Gala],” she added.

The original dress originally cost $12,000 and is now worth several million, making it one of the world’s most expensive dresses.

Kim had to take careful steps on the red carpet, with Pete by her side wearing a more subdued look — a generic black suit and sunglasses.

He joked to reporters that Kim didn’t allow him to wear his “propeller hat.” Honestly? We would have enjoyed seeing that.

While some assumed that this was the pair’s red carpet debut, that actually happened over the weekend, at the White House Correspondent’s Dinner.