Kim Kardashian revealed that her comedian boyfriend has a few different ‘cute’ tattoos showing his love for her.

Kim Kardashian is clearly a fan of her boyfriend’s tattoos. The 41-year-old SKIMs founder gushed about how much she loves Pete Davidson’s ink during an appearance on Ellen on Wednesday March 16. Kim also revealed that the new tattoo that the 28-year-old comedian got with her first name on his chest isn’t even a tattoo at all, but instead it was branded on him with an iron. “The Kim one isn’t a tattoo. It’s a branding,” she told Ellen DeGeneres.

Kim explained that as Pete’s been in the process of getting his many tattoos removed, he wanted to do something a little more unique to pay tribute to Kim. “He was like, ‘I want something that’s there that I can’t get rid of [like] my tattoos,’ because he’s in the process of getting rid of his arm tats and his neck tats. So he’s like ‘I don’t want to be able to get rid of it or to cover it up. I just wanted it there, like a scar on me,’” she said.

Earlier in the interview, Kim explained that the branding came after Pete had already gotten two other pieces to celebrate his love for his girlfriend. Even though Ellen seemed shock that Pete had already gotten multiple tattoos of her, Kim explained that it was par for the course when dating a tattoo aficionado. “That’s what tattoo people do; they get tattoos of what’s going on in their life,” she said. 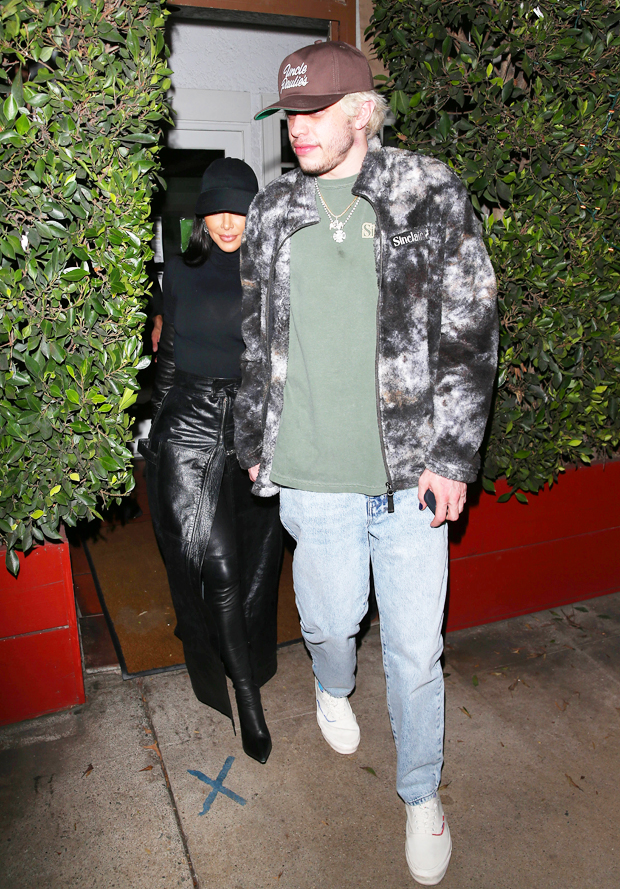 Of all of the ink, Kim’s favorite is a sweet tribute to her career as a lawyer that the Saturday Night Live star got on his chest, up by his collarbone. “My favorite one, it says here [points]. It says, ‘My girl is a lawyer,‘ and that one’s really cute,” she explained while pointing to where Pete got his.

While Pete’s gotten new tattoos to celebrate his romance with the reality star, it does seem like the removal is mainly for his arms and neck (as Kim said), where it would be most visible in movies or TV. The comedian admitted that he’d started removing them in 2020, while promoting his movie The King of Staten Island.