Is Kim Kardashian making a slight dig at her exes Kanye West and Pete Davidson?

The 42-year-old reality star seemed to throw some shade at the 29-year-old comedian and 45-year-old rapper when she hopped on Instagram on Friday to like a cryptic post about knowing your worth in relationships. The quote, posted by the account @thirdeyethoughts, read:

“The right person will show you that you weren’t even asking for much.” 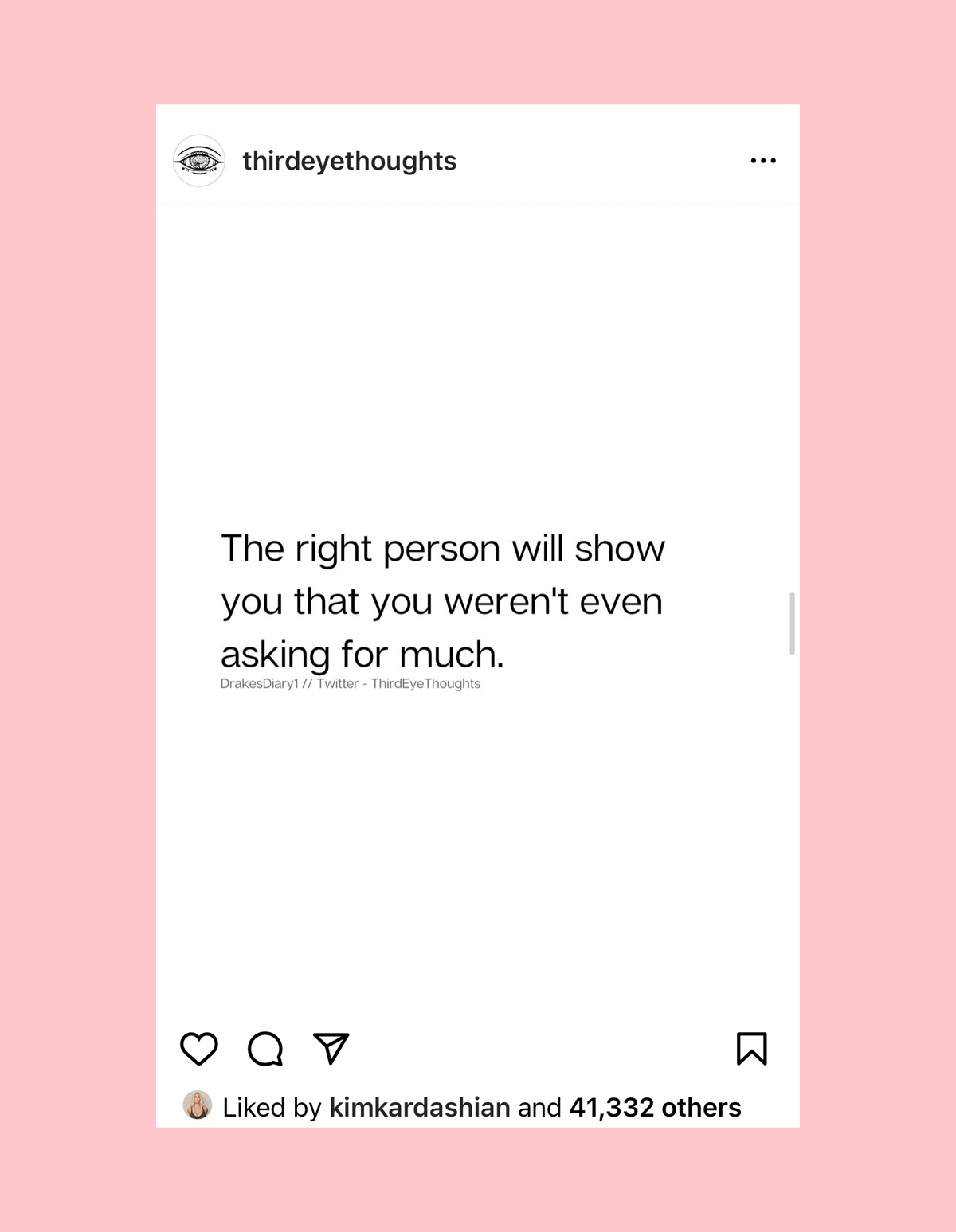 Hmm… We wouldn’t be surprised if Kim meant to shade her ex-partners, especially Ye!

The pointed move comes just days after Kimmy Kakes finally finalized her divorce from Kanye – a process that was not easy given his rotating roster of lawyers and online harassment toward the Keeping Up With the Kardashians alum. A source shared with Entertainment Tonight that Kim has been feeling “relieved” that their almost two-year legal battle is over, saying:

“Kim is relieved that her divorce from Kanye was finalized and that the details of their agreement have been sorted out. This is what she has wanted for quite some time. She is looking forward to moving forward and continuing to focus on her kids and their happiness. The kids will continue to be with Kim the majority of the time.”

Elsewhere in her life, Kim had dated Pete for about nine months until they broke up in August of 2022. At the time, an Us Weekly source insisted they ended things amicably, explaining:

“There truly wasn’t drama between them when they decided to separate. It was something they talked through; it wasn’t a sudden breakup.”

The insider added that their jam-packed schedules made it hard for them to keep up a relationship:

“They each have busy schedules and the distance made it hard. Kim travels a ton and it was hard for Pete to keep up, especially with his filming schedule.”

However, shortly after the Saturday Night Live alum debuted his new relationship with Emily Ratajkowski, she hasn’t hesitated to shade him on social media. Most recently, she shared a quote on Instagram Stories that said:

“One thing I realized is that everything always ends up working out. Sometimes even better than you can imagine. Remember then when you feel like you’re in a hard place or you feel like you’re being challenged the most. Believe in where you’re headed. See the bigger picture.”

What do YOU think, Perezcious readers? Do you believe Kim was trying to throw shade? Sound off in the comments below!