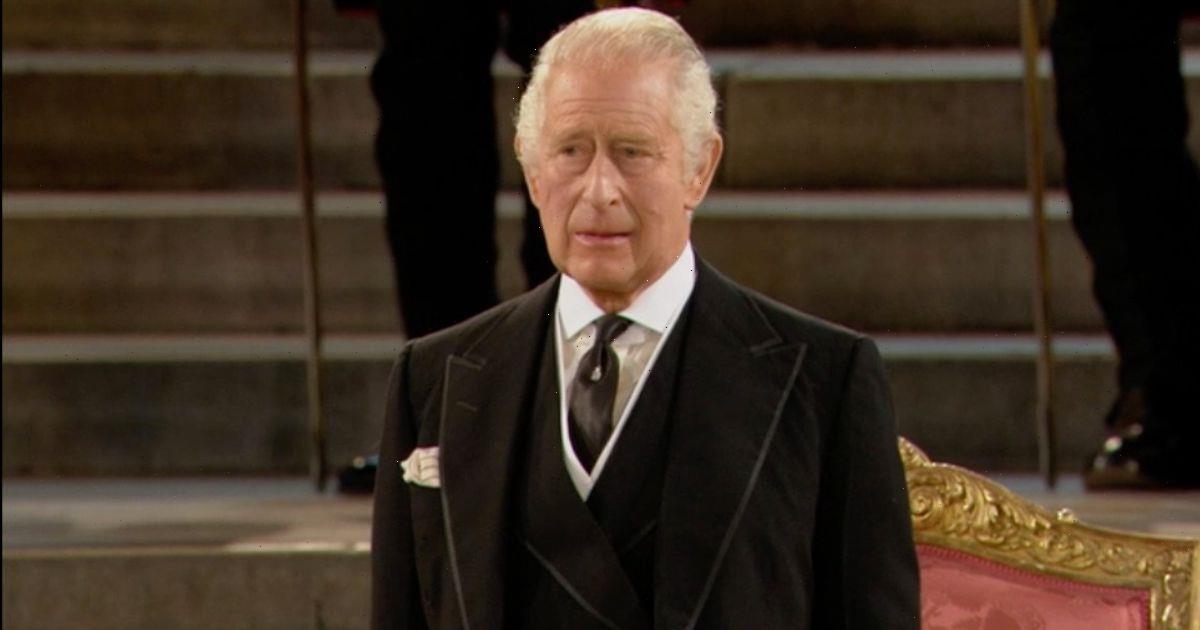 King Charles IIIappeared to be fighting tears today as Parliament sang 'God Save the King' after he addressed MPs and peers for the first time as King.

Addressing members of both houses of Parliament, he said that he could“feel the weight of history”on his shoulders, and thanked those present for their tributes to his “dear mother” the lateQueen Elizabeth II .

His Majesty also appeared rather emotional as the Lord Speaker and the Commons Speaker expressed their condolences on the death of his mother as they said: “Deep as our grief is, we know yours is deeper.”

Before the King’s address, Commons Speaker Sir Lindsay Hoyle gave a speech on behalf of all sitting MPs.

He said: “Members of both Houses of Parliament gather here to express our deep sympathy for the loss we have all sustained in the death of our sovereign lady, Queen Elizabeth.

“We have seen that this is a loss that is felt around the world.”

Following this, the King, with hisQueen Consortat his side, addressed MPs and peers.

He began: "As I stand before you today, I cannot help but feel the weight of history which surrounds us and which reminds us of the vital parliamentary traditions to which members of both Houses dedicate yourselves with such personal commitment, for the betterment of us all.”

The King went on to thank MPs and peers for their messages, saying: “I am deeply grateful for the addresses of condolence.”

He said the addresses “touchingly encompass what our late sovereign, my beloved mother the Queen, meant to us all.”

Following his address, ‘God Save the King’ was sung in parliament for the first time in just over 70 years, having not been sung since the death of George VI in 1952.

Following the ascension of Queen Elizabeth II the national anthem was changed to ‘God Save the Queen’ and following her passing it has been reverted back as her eldest son becomes King.

The new King had previously been greeted by onlookers singing this upon his first arrival to Buckingham Palace following the death of his mother.

The changed version wassung officially for the first timefollowing the late Queen’s memorial service at St Paul’s Cathedral on 9 September.

Following his speech to parliament the King and Queen Consort are set to fly to Edinburgh, where they will attend a Ceremony of the Keys and the King will inspect the guard of honour.

Charles will then lead the royal family in procession as the Queen’s coffin is taken from the Palace of Holyroodhouse to nearby St Giles’ Cathedral for a service of thanksgiving.

The King will then hold audiences with First Minister Nicola Sturgeon and Alison Johnstone, the Presiding Officer of the Scottish Parliament.