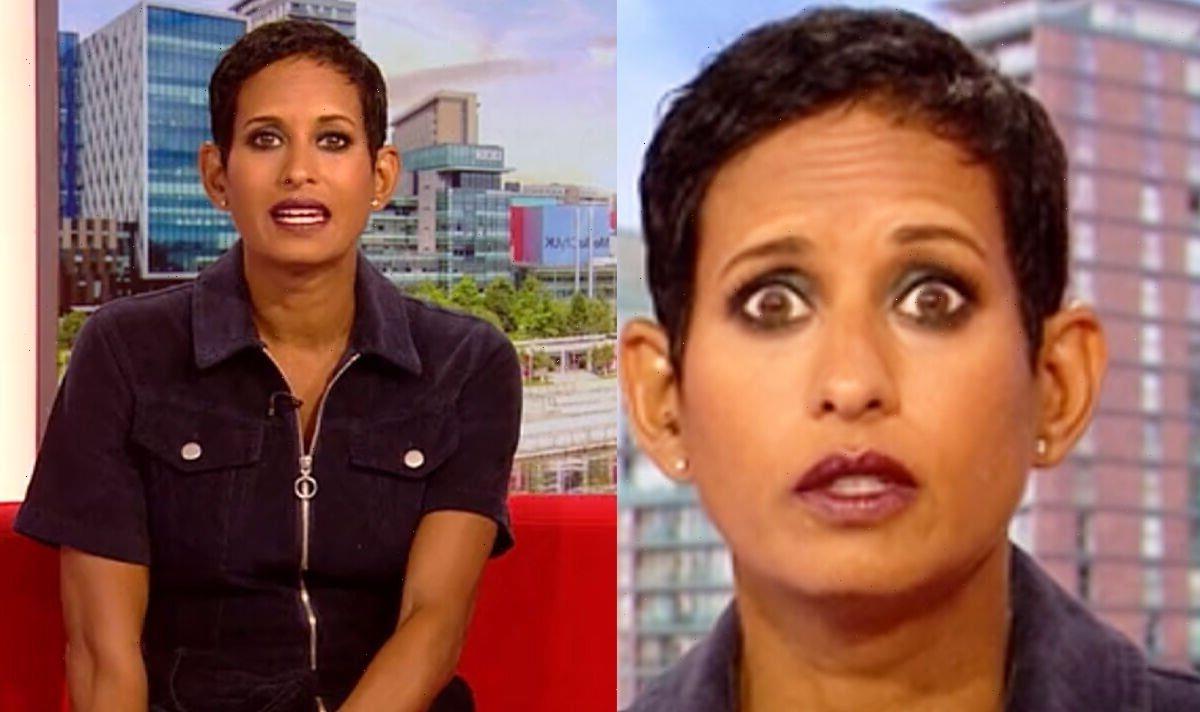 Naga Munchetty, 47, looked amazing on BBC Breakfast today as she sported a tight-fitted dark blue jumpsuit, however, this did not stop her slipping up on this morning’s show. The presenter announced the time four hours ahead, causing many fans to be very puzzled. this morning.

The presenter announced the time on the show as they came back from a short clip.

However, the time in fact was only 8.11am, causing many viewers an element of stress this Thursday morning.

Many social media users took to Twitter to call out the presenter for her awkward blunder, leaving Naga to apologise.

Penticost_kathy said, along with a clip of the on-air mistake: “@TVNaga01 you read the time wrong I had to double take at the time.”

SKingdonWard added: “@BBCBreakfast @TVNaga01 Did I just hear Naga saying it was 11 minutes past 11, or have I not woken up properly yet?!”

The presenter is not the only BBC Breakfast show host to slip up in the last week.

Former presenter Dan Walker “forgot” to set his alarm on his last week on the programme.

Along with a picture of him and Sally Nugent, as well as a close-up of his footwear choice and purple socks, Dan told his followers what had happened.

In view of his 755,800 Twitter followers, he penned: “My last ever Wednesday on #BBCBreakfast and guess what? I forgot to set my alarms for the first time in 6 years.

“Thankfully the body clock kicked in and I wasn’t too late. I hope you can join us today.”

For now, Dan has been replaced by Jon Kay on the morning programme and even took to Twitter to comment on his replacement.

Sally had posted a selfie on the breakfast sofa with Jon, who is a BBC News correspondent and regularly presents on Breakfast.

“Morning everyone @BBCBreakfast @jonkay01,” Sally wrote with a smiling emoji, next to the photo of them both grinning at the camera.

In reaction to the tweet, Dan wrote: “The future right there [fingers crossed emoji] [trophy emoji].”