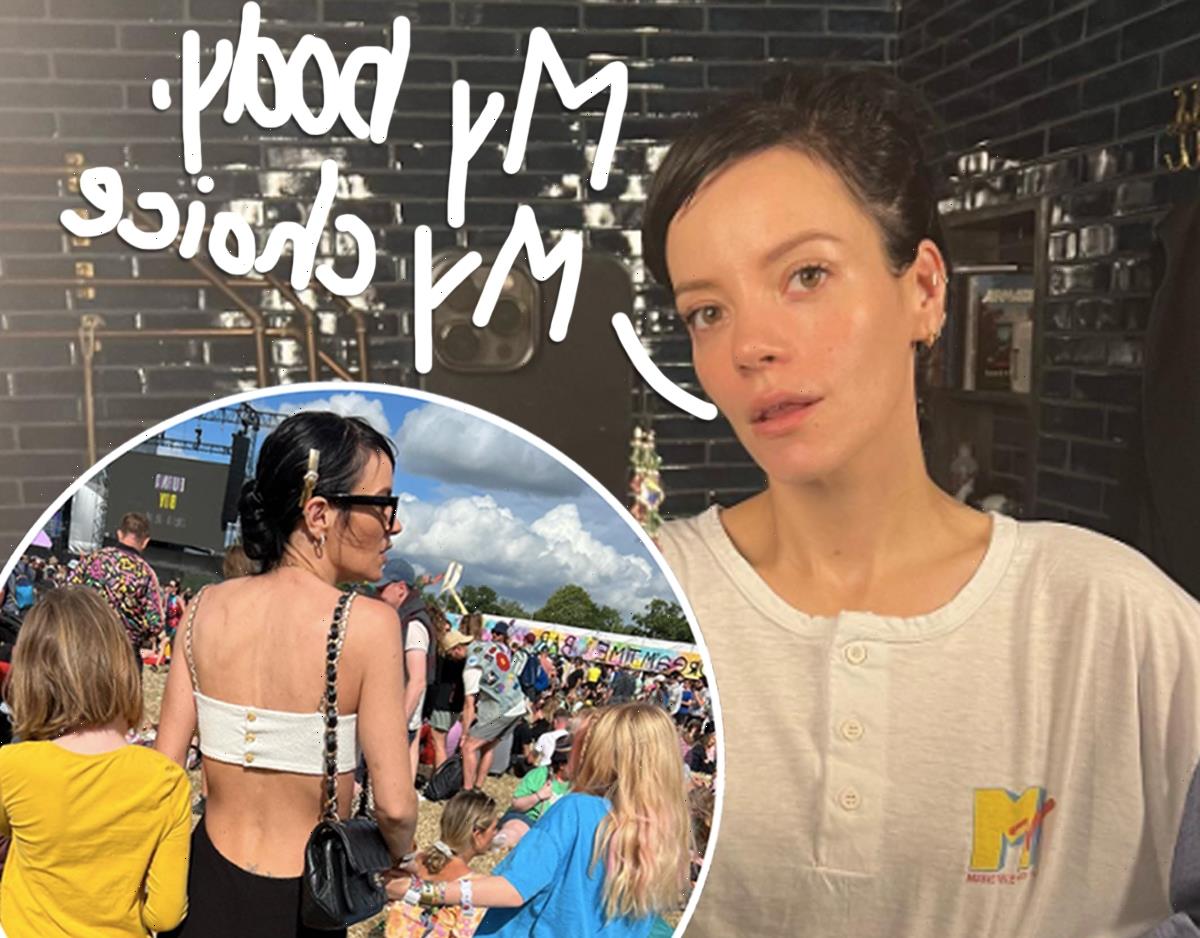 Lily Allen has come out to speak her piece on the abortion discussion. And she did it like only she can.

In a post Roe v. Wade world, many celebrities have been using their social media platforms to share personal stories of their experiences with abortions, and Lily is the latest. However, she wanted to make something super effing clear! It’s about choice!

The singer took to Instagram Thursday to share her thoughts on the number of women justifying their procedures:

“I wish people would stop posting examples of exceptional reasons for having abortions. Most people I know, myself included, just didn’t want to have a f**king baby. AND THAT IS REASON ENOUGH! WE DON’T HAVE TO JUSTIFY IT.”

Hell yes! While the stories we’ve heard of ectopic pregnancies and health risks and lifesaving procedures have been moving — abortions are also for women who aren’t ready for children. She added:

“It shouldn’t have to be said and I think all these examples just play into the hands of the baddies.”

She has a point! If you begin your pro-choice take by taking out the choice part — just highlighting the abortions which are necessary for health reasons — you’re already ceding ground to the anti-abortion crowd. Lily clearly thinks a lot of the opinions being espoused by our side sound a bit too much like, “Sure, abortion is wrong EXCEPT for these cases.”

At the end of the day, it really is up to the woman carrying the fetus to decide what she wants to do with it. Her body, her choice.

Lily has been very vocal about her disdain for the Supreme Court in light of their June 24 decision to reverse 50 years of precedent and overturn Roe v. Wade, the case ruling which protected a woman’s right to have an abortion as a part of their constitutional right to privacy. Just last weekend she sang her classic song F**k You alongside Olivia Rodrigo at Glastonbury Festival in Pilton, England, which she dedicated to the Supreme Court Justices responsible.

As for the Smile singer herself, she did not reveal specifically when she underwent the procedure, but we do know that she has experienced some difficult pregnancies in the past. In 2008 she suffered a miscarriage, and two years later in 2010 had a stillbirth.

That must have been devastating…

Later she did welcome her first daughter Ethel in 2011, followed by her second, Marnie, in 2013 with her then husband Sam Cooper. These days Lily is a happy mum, married to Stranger Things star David Harbour, whom she tied the knot with in Vegas in 2020.

Timing is everything and maybe when she had her procedure she just wasn’t ready yet. And that’s OK! What matters is it’s no one’s choice but hers!

What do YOU think of Lily Allen’s take on abortions? Share your thoughts in the comments below.