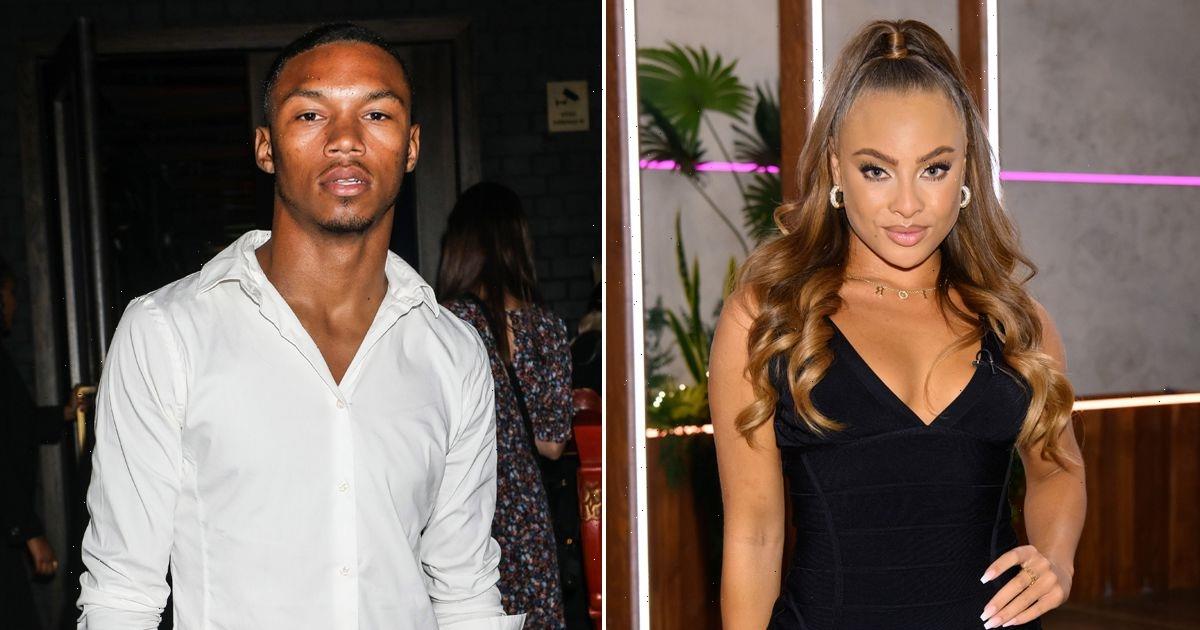 Love Island star Danica Taylor, 21, has been spotted kissing TOWIE star Roman Hackett as he dropped her at the train station on Saturday morning.

The star, who left the Spanish villa with partner Jamie Allen, can be seen leaning in and locking lips with the handsome 20 year old as he helped her with her luggage and bode her farewell.

Danica, who has yet to announce a split with Jamie, looked stunning in a white bodysuit and shake puffa jacket that she wore hanging off her shoulders.

She held onto a designer Louis Vuitton handbag and finished her look with a pair of dark sunglasses.

Neither Danica nor Jamie have mentioned a split, but footballer Jamie appears to have switched off comments on his posts.

Danica, meanwhile, posted a snap on Instagram captioned: "I don’t play by the rules."

It was only a few weeks ago that the reality TV beauty had spoken about the possibility of children with Jamie. In an exclusive interview with new magazine, she said: "Obviously we’ve joked about, “Ah, we’ll have such cute kids. Imagine if one day we got married and we met on Love Island .” We’re just taking every day as it comes."

Jamie added: "Each day it’s been stronger and stronger. And we get to know each other more and more each day. We’ve not really left each other’s side."

However, they did admit that they were both realistic and would not be shy in admitting it if things were no longer working, with Danica saying: "I think we’re very real people and if we’re not feeling it, we would be honest.” Meanwhile, Roman appears to have taken a liking to several other Love Island women, having been pictured with both Liberty Poole and Summer Botwe earlier this year.

In July, Roman was seen with his arms around Liberty as they left ITV's summer party.

Liberty, 22, looked stunning in a lime green dress as she exited the summer bash with her fellow reality star. And while nothing was ever confirmed to have happened between the two, they looked incredibly loved up outside the venue.