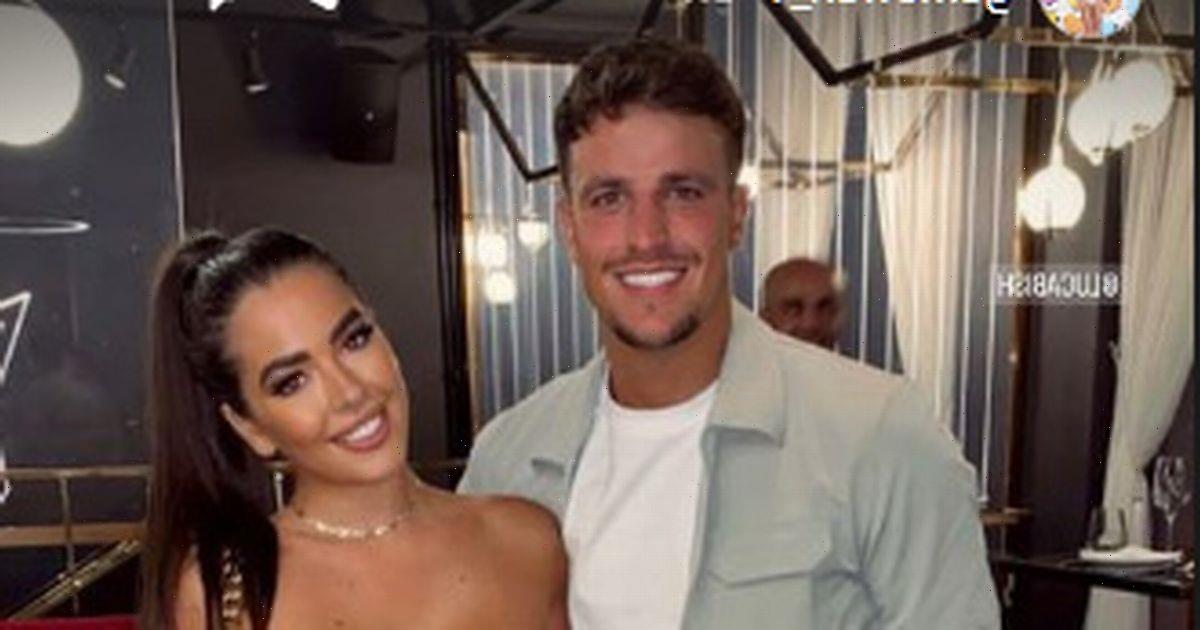 Luca, 23, and Gemma, 19, appeared in this year's series of Love Island and finished as runners-up.

Sharing a snap of him sporting a white top, brown jacket and black tracksuit trousers, Luca wrote: "Oh no.. is that a sock visible in my trainer @gemowen_1."

The 23 year old was referencing Gemma's VT when she said that wearing socks with white trainers was a deal breaker.

Her words were: "A lot of things give me the ick.

"Bad hygiene, someone whose breath smells, whose hair isn’t nice or who doesn’t look after themselves.

"A few clothing items can give me the ick, like someone who wears trainers with long socks!"

Taking to the comment section, many fans couldn't help but join in Luca's humour.

One person said: "Pray that she doesn’t see the socks Luca."

A second wrote: "Hahaha not the socks."

Commenting with laughing emojis, another said: "The caption."

A fourth commented: "I think that is a visible sock."

And a fifth user added: "Don’t give her the ick."

Though Gemma confirmed that Luca has not asked her to be his girlfriend yet, the couple have been spending a lot of time with Gemma's family including her dad Michael Owen.

It was recently announced that the 19 year old has signed a deal with fashion brand PrettyLittleThing.

Sharing a snap of the star on their Instagram page, PLT wrote: "IT’S OFFICIAL. Welcome to the PLT family @gemowen_1.

In a statement, Gemma said: “This really is a dream come true for me. I wore PrettyLittleThing throughout my time on the show and now being announced as one of their newest ambassadors alongside some incredible talent including Love Island alumni is really special.

"The team have been amazing and I’m excited to get to work and start designing some collections for you all!”

Taking to the comment section, one person wrote: "Congratulations @gemmaowen_1 on your collaboration with @prettylittlething.

"Great team to be working with. Looking forward to see what you bring out. Well done."