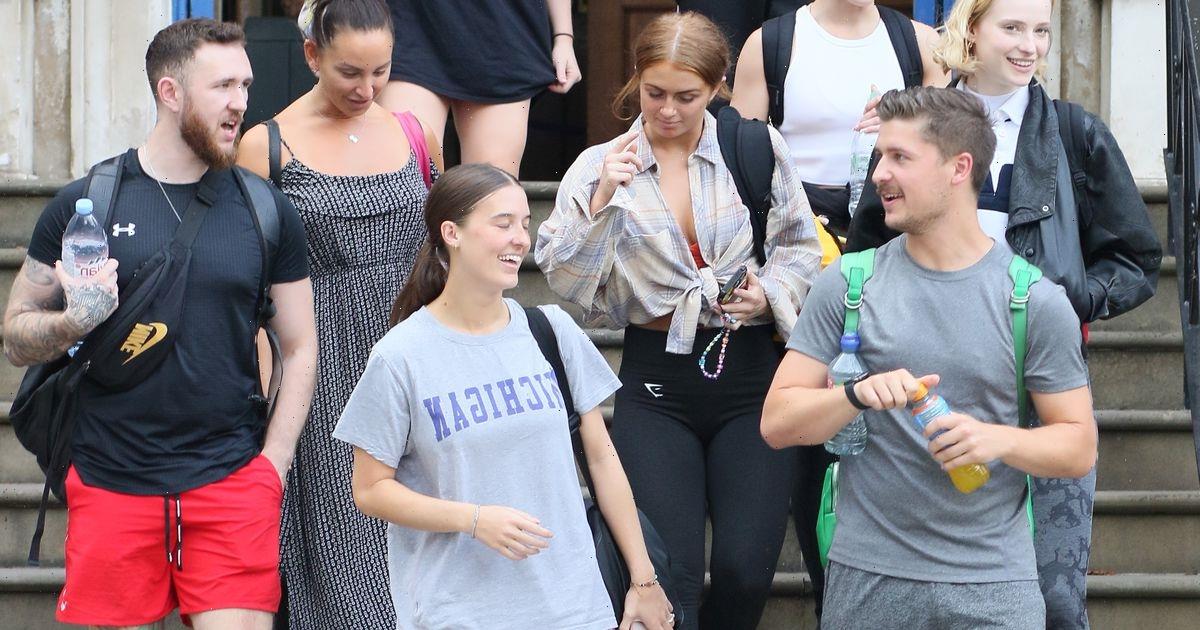 The former EastEnders star, 21, looked in good spirits as she left with her fellow cast mates after a gruelling nine hour session.

The actress will be playing the lead role of Fran in the Strictly Ballroom: The Musical.

Speaking about her musical theatre debut, she said in a statement: "It combines all my favourite things: Singing, dancing, acting, sequins and a bit of glitz and glamour.

“It’s such an amazing role to play in my first ever musical. It’s such a feel-good show and everyone will come out of the theatre feeling the love and the excitement. And of course it’s got such great dancing and music in it – Latin flavours, modern tracks and some real classics.”

Maisie starred in the 2020 series of Strictly Come Dancing and reached the final.

Her romance with The Wanted singer and fellow Strictly star Max George, 33, was recently confirmed after the pair spotted holding hands.

Rumours of a romantic relationship between the two occurred when they appeared on the Strictly Come Dancing Live Tour.

The couple were spotted boarding a flight together to Crete where they enjoyed a holiday.

A source told The Sun: "They were all over each other. This isn't a flash in the pan.

"Max has told people that he is falling in love with Maisie."

A passenger added: "They looked like a very loved-up couple – they were all over each other for the entire four-hour flight.

They continued: “We recognised Maisie at first. They were both wearing sunglasses even on the plane and Max was also wearing a red bucket hat, so it looked like they were trying to be a bit incognito.

“They are definitely an item. My wife said it was a bit over the top at one stage.

“They were smooching, holding hands and kissing.”

The new relationship comes after Max and his former girlfriend Stacey Giggs, 43, had broke up for the second time.