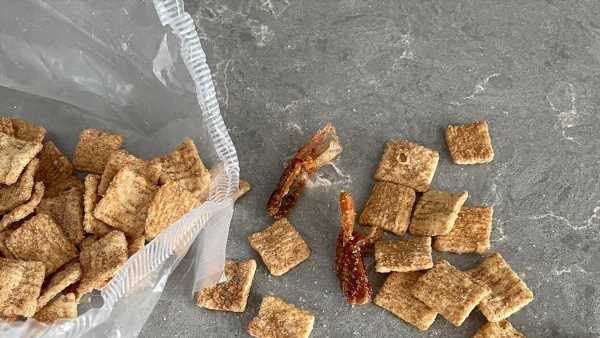 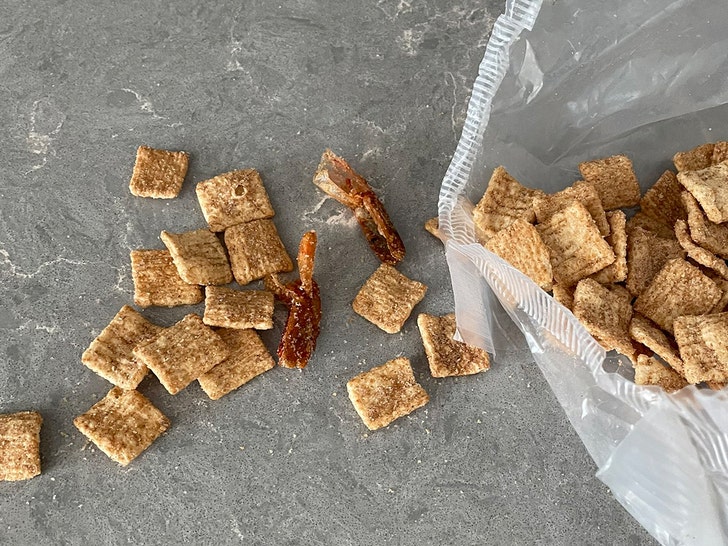 11:01 AM PT — The guy who claims he found shrimp tails in his Cinnamon Toast Crunch says he’s going to poison control to test the black marks he says are baked into the cereal … he’s afraid it might be rat droppings. 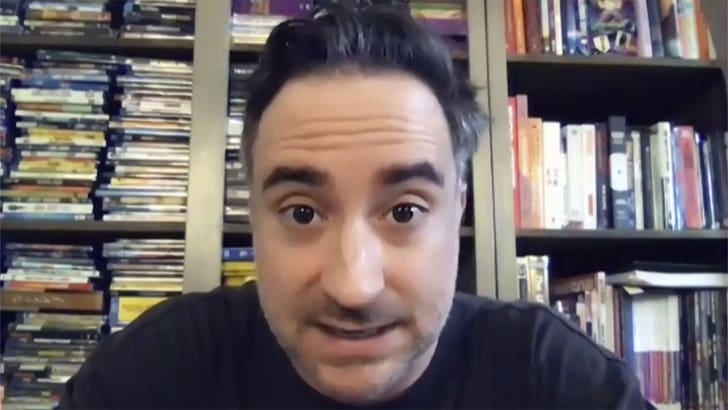 Jensen Karp joined us on “TMZ Live” Tuesday and explained why he’s never eating CTC again … and why he hopes he dodged a bullet with Monday’s bowl of cereal.

Jensen says he’s taking matters into his own hands to get to the bottom of what was in the bottom of his cereal bag … and he’s hoping General Mills investigates too, because his shrimp tail claims are just the tip of the iceberg.

8:30 AM PT — General Mills just got back to us, and it sounds like they’re saying whatever Jensen discovered here did NOT happen on their watch or on their grounds.

A rep for GM says … “While we are still investigating this matter, we can say with confidence that this did not occur at our facility.” They add, “We are waiting for the consumer to send us the package to investigate further. Any consumers who notice their cereal box or bag has been tampered with, such as the clear tape that was found in this case, should contact us.”

It’s true — Jensen did show off the cereal bags from the 2-pack he says he bought at Costco, and one of them did appear to be taped up, as if already opened.

He’d already said he’s going back to the warehouse for clarification — but based on Mills’ response here, it seems like they’re saying the blame lies elsewhere.

A guy claims he found the tail end of some shrimp in his cereal — something General Mills assures him can’t be the case, but he’s definitely not buying it.

Writer/Producer Jensen Karp documented what he claims was a gross morning breakfast session Monday, posting pics of various artifacts he says he found inside his new box of Cinnamon Toast Crunch. He says he found shrimp tails in there … 2 of ’em to be exact!!!

Jensen started by asking (and officially tagging) CTC’s Twitter account why there were apparently crustacean remnants in his just-unsealed box … which sparked quite a journey of what he describes as excuses and gaslighting.

Cinnamon Toast Crunch, at first, responded by apologizing and asking for more details … while also offering a new box as a quick remedy. Then, CTC claimed, upon further examination, its quality control team came to the conclusion that they weren’t shrimp tails … but simply large, dried-up sugar clumps!

Jensen — who’s married to “Boy Meets World” star Danielle Fishel, BTW — didn’t seem to accept that answer … as he posted close-up shots of the alleged shrimp tails. He claims he went digging even further and found more gross stuff … including a small piece of string and tiny specks of black gunk on some of the cereal.

Some folks on the Internet theorized the stuff might be mouse or rat droppings … which opens up a whole other can of worms that makes us gag just thinking about.

As for where things ended here … Jensen says he’s heading back to Costco — where he bought the cereal — to get some answers. He’s also waiting for more from CTC’s parent company General Mills.

We, too, have reached out to General Mills … so far, no word back.