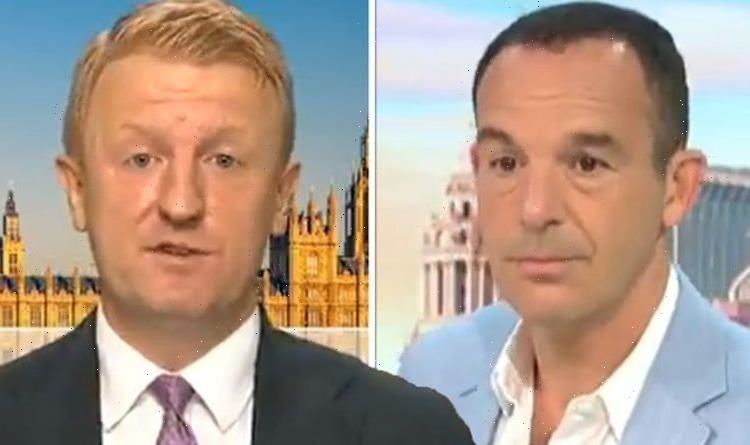 Good Morning Britain viewers were left annoyed when Tory Oliver Dowden seemed to not hear Martin Lewis’ questions this morning. The broadcaster then took to Instagram to share what really happened with his 1.1 million followers.

Culture Secretary Oliver was a guest on GMB this morning as he discussed data protection reforms.

The politician was quizzed by Martin and his co-host Kate Garraway on the news show.

However, as he was streaming in from their Westminster studio, some viewers were annoyed when he seemed to not hear some of the questions.

At one point Martin asked him about advertising scams as Oliver responded saying: “I’m afraid I can’t hear you.”

Taking to social media, some viewers aired their thoughts.

One penned on Twitter this morning: “Oliver Dowden pretending not to hear hard questions on GMB. Grinning while he does it.

Another added: “Strange that Oliver Dowden had no problems hearing any questions on GMB but every time Kate Garraway asked about a Scottish independence referendum his sound mysteriously cut out and he was unable to hear more than a word.”

“Oliver Dowden there picking and choosing what he can and can’t hear!” a third wrote.

Another viewer then posted: “Oliver Dowden pretending he can’t hear the questions.”

Taking note of the response on social media, host Martin took to his own account to dispel the rumours.

The star, who was filling the spot left empty by Piers Morgan earlier this year, addressed the news.

He wrote: “A few mooting that @OliverDowden was pretending that he couldn’t here.(sic)

“Just to clarify I’ve been told there was a power cut in the milbank studio, the generators were slow to kick on and that was cutting out the sound.

Express.co.uk has contacted the politician’s press representatives and ITV for comment.

Elsewhere this morning, Oliver discussed the actions of the Winston Churchill Memorial Trust.

This recently renamed itself The Churchill Fellowship and removed images of the former Prime Minister from its website.

Speaking on LBC Radio, the Culture Secretary said the move was “quite extraordinary”.

He continued: “I read their explanation and they say there are various reasons for this but the bottom line is, you look at the website before and after, and there is a lot less Churchill on it after than there was before.

“I do really worry, and you see this in relation to many charities, that they pander to a noisy woke brigade who are trying to challenge all aspects of our history.

“I do really worry when we start to question the sort of values that have made this such a wonderful country.”