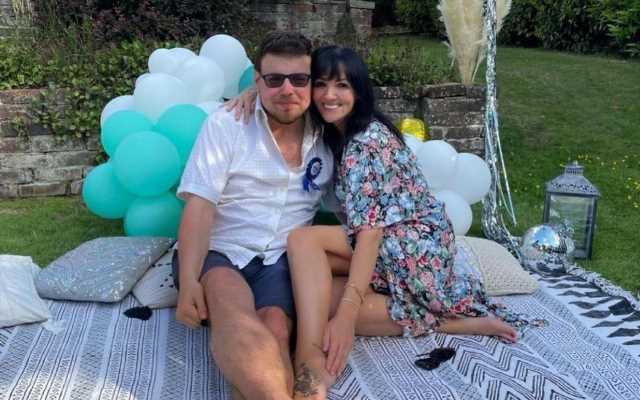 The ‘Love Actually’ actress says her heart is shattered into pieces after her younger brother suddenly passed away at the age of 31, roughly a month shy of his nuptials.

AceShowbiz –Martine McCutcheon is devastated following the sudden death of her brother. Taking to social media, the 46-year-old actress has revealed that her brother died two weeks ago at the age of 31, with Martine admitting there’s “no medical explanation” for his death.

“My heart is forever broken…My baby brother, my gentle giant, sadly passed away, suddenly, 2 weeks ago. He was 31 years old,” she wrote on Instagram. “There is no medical explanation as to why we lost him so soon and whilst we investigate further, we are having to accept that nothing will bring our boy back to us. (sic)”

Martine explained that she always felt protective towards her younger brother. The actress said, “L.J (Laurence John) was born when I was 15 years old and from the moment I first held him in my arms, I felt so proud and fiercely protective of him. (sic)”

Martine was also set to be a bridesmaid at his wedding in November. The actress – who is married to singer Jack McManus – wrote, “The last time I saw him, was a few days before he passed.”

“He, jack and his future stepson had been to try on their wedding suits and then they came back to have dinner with his fiancee and the family to see our new home. He looked so tanned, tall and handsome. The best I’ve ever seen him… Ironic really…”

“My heart aches for all who have lost him. But my heart breaks for our mum, his dad John and his Step parents. You should never outlive your children. Im scared to live without you LJ but I know you will want us to truly live, laugh and love in your memory. I will try I promise. (sic)”