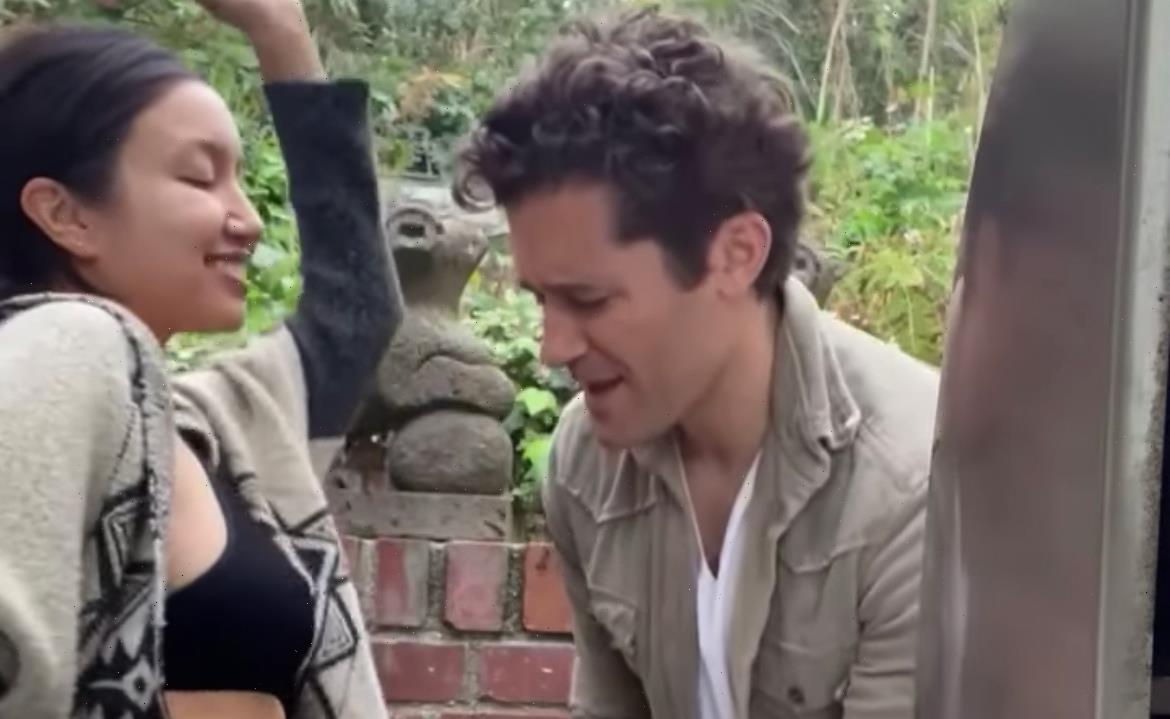 Matthew Morrison and his wife Renee are expecting again!

The 42-year-old former Glee actor, who played Mr. Schuester on the hit Fox series, revealed the exciting news with help from his co-star Darren Criss.

Matthew took to his Instagram Stories on Thursday (April 15) and posted a video of him and Renee dancing to Darren‘s new song “F*kn Around.” In the clip, Renee is showing off her baby bump and a “baby loading” emoji was placed on the video.

At one point in the video, Matthew is seen holding Renee‘s bump and singing to it. So cute!

Matthew and Renee, who have been married since 2014, are also parents to a three-year-old son named Revel. He is featured in two sweet photos shared to Renee‘s stories. Check them out in the gallery.

The cast of Glee, minus two members, reunited last week for a very special reason.