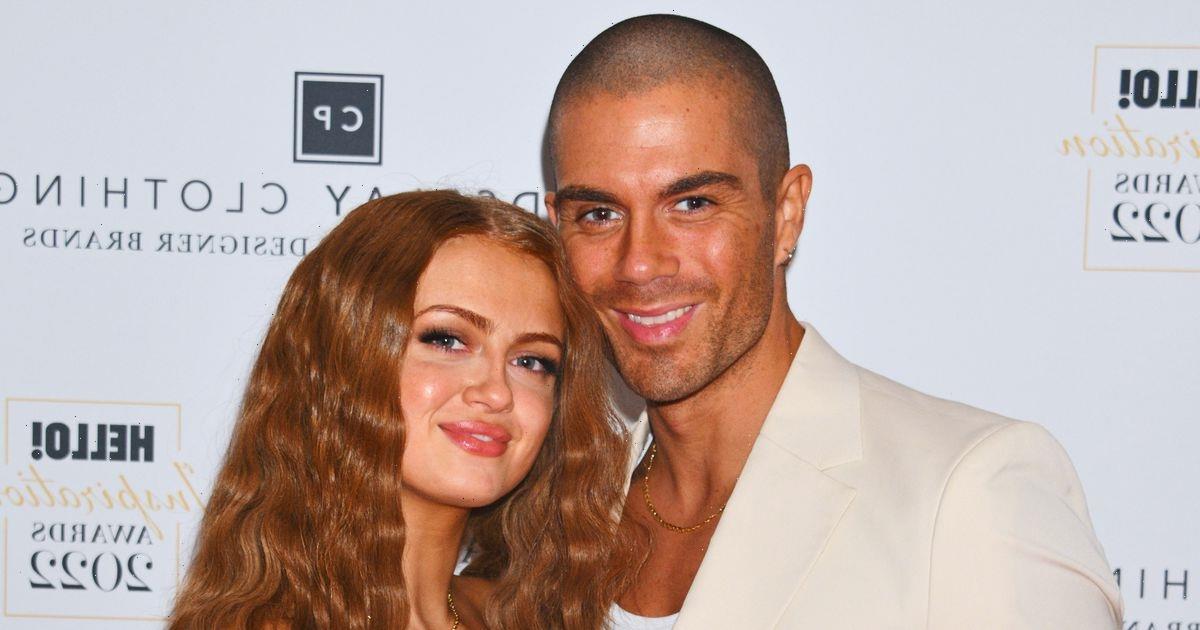 The Wanted’s Max George has unveiled his new tattoo of his girlfriend Maisie Smith’s face on his arm, though some might remember a similar tattoo for his ex-girlfriend Stacey Giggs.

Max, who recently enjoyed a sun-soaked holiday with Maisie, took to Instagram this week to show off the new design that features both his girlfriend and a lion.

The black and white tattoo looks to be half of Maisie’s face and half a lion’s face, though arguably, it’s not immediately clear who the woman is.

The 34 year old singer had the tattoo done at INK’d in Fulham and is certainly grander than the time he had Stacey’s name on his wrist, which he covered with a rose and lion following the breakup.

At the time of their breakup, Stacey referred to his public-facing relationship with Maisie as a “dagger to the heart.”

According to The Sun, she said: “To see them dating publicly so quickly after I dumped him is like a dagger to the heart.'

“After everything I’ve done for him, I cannot believe he would be so rude and disrespectful. He’s a lying dog. I feel betrayed."

This comes after Max butted heads with TV presenter Ulrika Jonsson who slammed Maisie in her column for The Sun.

The dramatic ordeal began after the former EastEnders actress, who played Tiffany Butcher from 2008 to 2014, took to TikTok to post an emotional video that many fans believed was because of issues in her relationship.

But Ulrika, 55, took issue with the post for some reason and dedicated her entire column to Maisie.

She penned: "Now, Maisie’s not the first sleb to engage in this kind of attention-seeking nonsense and I doubt she’ll be the last.

"I certainly can’t imagine reaching for my phone mid-personal drama to ensure I captured my tearful moment for people to see.

"Surely, sadness, mourning, personal trauma or grieving is something private – not something you milk?

"To do what Maisie did, which was to accompany her tears with a cryptic message and dramatic music which had everyone tearing their hair out with concern for her, fraught with anxiety – and then in a subsequent post to be pictured snogging the face off her boyfriend as if nothing had happened at all, is insulting."

Max hit back at Ulrika, posting a snap to his Instagram story with his middle finger up alongside the caption, “Just for you Ulrika."

"Back atcha @maxgeorge,” Ulrika said in response alongside a similar picture.

But the saga did not stop there, and Ulrika dedicated the next column to the singer, dubbing him “the gift that keeps on giving.”

“I feel honoured I’ve been on your mind, Max George, sufficiently enough for you to flip me the bird on your Instagram story this week. You really are the gift that keeps on giving. It really was very sweet of you,” she wrote.

She continued: "So, it’s nice to know I’ve been on your mind, Max. Despite the fact you already have a girlfriend. Oh, hang on . . . that’s your style, isn’t it?

"Being with one woman and thinking about another. Rumour has it, your ex, Stacey Giggs, knows that,” the fully grown adult added.