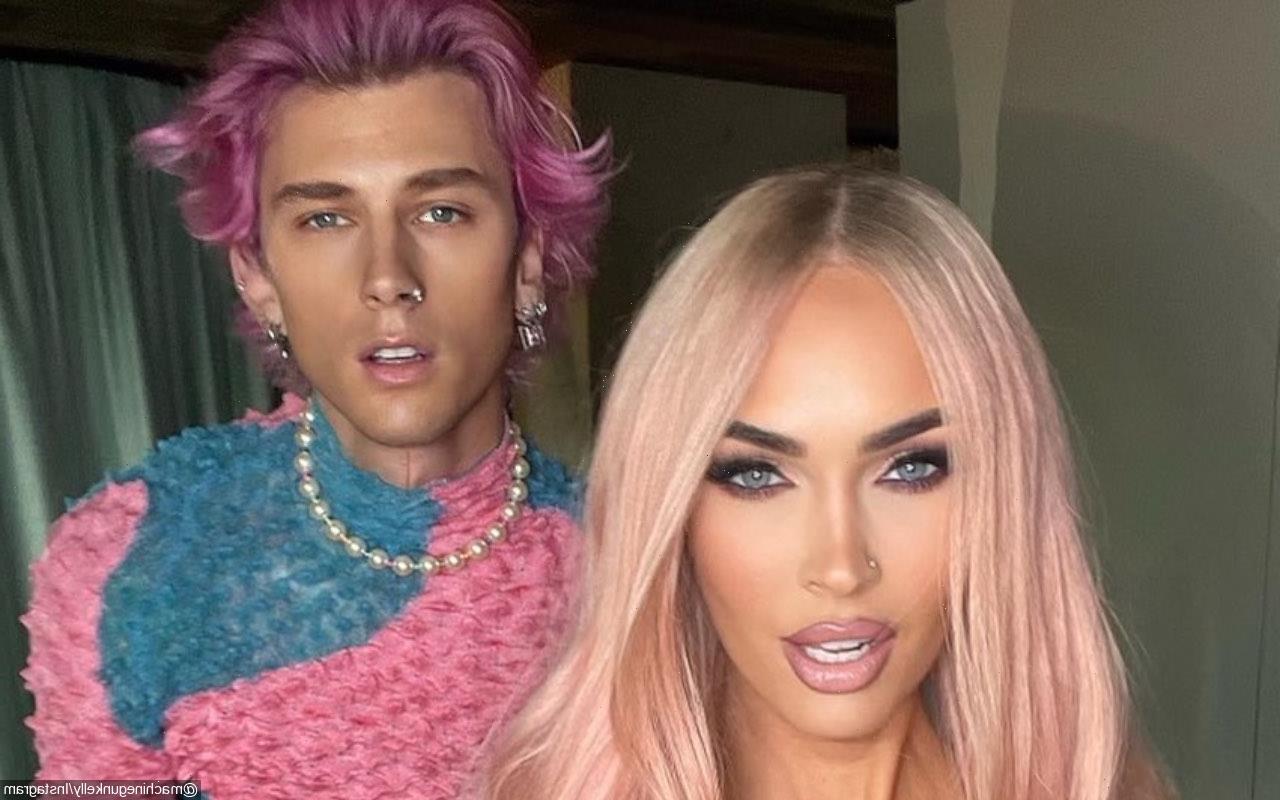 After the ‘Bloody Valentine’ rapper revealed that he almost shot himself while on the phone with his fiancee, the ‘Transformers’ actress admits their relationship is going through a process, which is ‘not an easy one.’

AceShowbiz –Megan Fox needed therapy after Machine Gun Kelly‘s shotgun suicide attempt. In a new interview, the “Jennifer’s Body” star actress said the two of them have been through couples and individual counselling as part of a gruelling “process.”

After it emerged that her rapper fiance had tried to shoot himself while on the phone to her, the 36-year-old actress added to Entertainment Tonight, “We’ve done every form of therapy that exists. We’ve found a therapist that really works for us, couples and individually, and it’s definitely a process, it’s not an easy one.”

“Some of it’s really difficult, but our therapist said that a relationship is basically the process of breaking each other down,” the ex-wife of Brian Austin Green went on sharing, “but most people don’t have the tools to build each other back up, to rebuild.”

Megan further added, “And so, it’s a constant process of, like, suffering and passion and love and the repeat cycles. So, we’re just learning that, and navigating that, doing that together. There’s lots of all of those things all of the time.”

Megan and MGK, who announced they were engaged in January, are planning their wedding amid speculation they have already tied the knot. MGK, however, insisted to Entertainment Tonight he only refers to Megan as his “wife” out of “respect” for his fiancee.

When asked about their marriage status on Monday, June 28, MGK said about referring to Megan as his spouse, “I think when I speak about terminology – it never felt like my girlfriend. It feels too adolescent for the depth of our relationship.”

Megan additionally confirmed, “No (we aren’t married), we don’t know what’s happening. He’s on tour this year. When it needs to happen, the universe will open up and give us the space to do that.”

Meanwhile, MGK admitted in his new Hulu documentary “Machine Gun Kelly’s Life In Pink” that he put a shotgun in his mouth on a call to Megan during a paranoid meltdown, and only avoided taking his life as a shell got jammed in the barrel.

“And I’m yelling on the phone and like the barrel’s in my mouth. And I go to cock the shotgun and the bullet, as it comes back up, the shell just gets jammed,” he further recalled. “Megan’s like dead silent.”

MGK added support from Megan and his 12-year-old daughter Casie made him realize he needed to get help and “kick the drugs for real this time.”