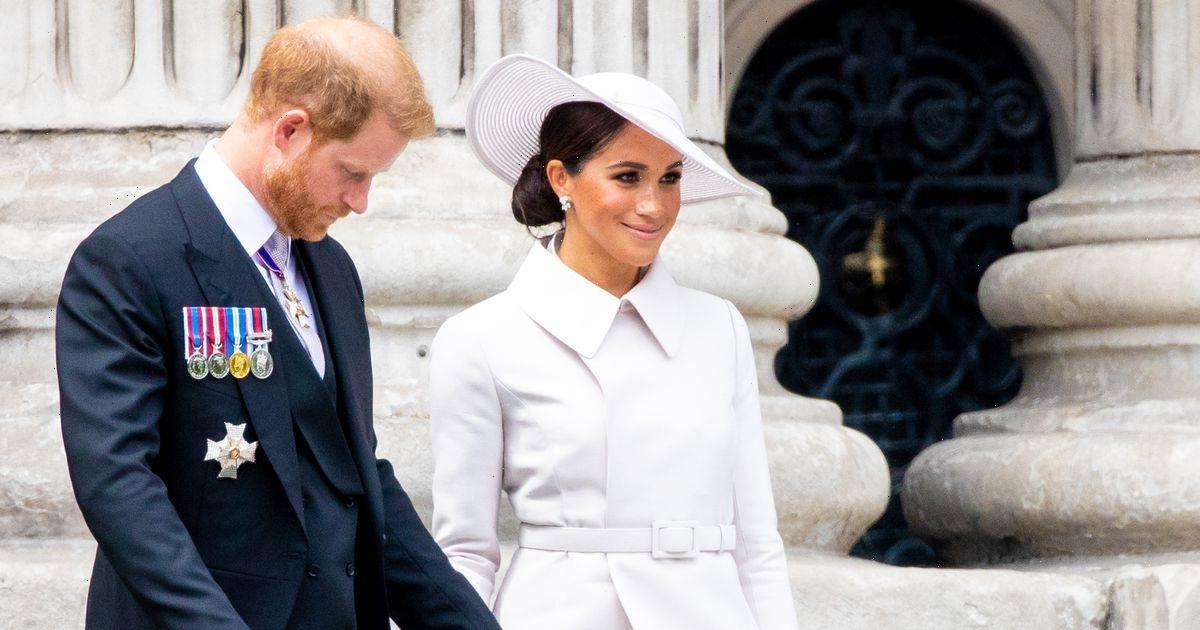 Meghan Markle and Prince Harry celebrated their daughter Lilibet’s first birthday with a “relaxed and casual birthday party” at Windsor Castle yesterday, according to reports.

The Sussexes’ are said to have hosted an informal garden party at Frogmore Cottage in Windsor for their daughter’s milestone birthday and they welcomed some the tot’s royal cousins to share in the celebrations.

Meanwhile, Lilibet's cousins Prince George and Princess Charlotte were out and about with their parents Kate Middleton and Prince William on Saturday, as they visited Cardiff Castle and had front row seats for the Party at the Palace for the Queen's Jubilee.

Sources told the publication: “It was a lovely do and had everything you’d expect from a child’s birthday party.

"But there was no formal entertainment. The idea was for it to be very relaxed and casual, with people free to pop in and out as they wished.

“It was a nice opportunity for the other royal children to meet Lilibet for the first time.

"And as her first birthday is such a milestone, there was lots of discussion ahead of time about the presents that she would be given on the day.

“One idea that proved very popular was a £75 pink Volkswagen Beetle ride-on toy, which had been spotted in Selfridges.”

OK! has contacted representatives for Harry and Meghan for comment.

Since the family’s arrival in the UK for thePlatinum Jubilee celebrations, there has been speculation that Harry and Meghan could get Lilibet christened at St George's Chapel in Windsor.

Former BBC royal correspondent Michael Cole said: “It would seem sensible to me that during this weekend, the child be christened at St George's Chapel in Windsor."

Michael continued: "They were married there. Archie, the three-year-old, was christened there.”

"And Lilibet hasn't been christened yet. It could be a small ceremony.

"You have the Dean of Windsor, and it would just be family members.

"Maybe that will be another opportunity for reconciliation. The Queen is a great believer in God."

The Duke and Duchess of Sussex took part in the Service of Thanksgiving for the Queen's 70 years on the throne on Friday, in their first appearance with the Royal Family after stepping down as working members of the family back in 2020.

For all your updates on the Royal Family, sign up to our OK! Royals newsletter.