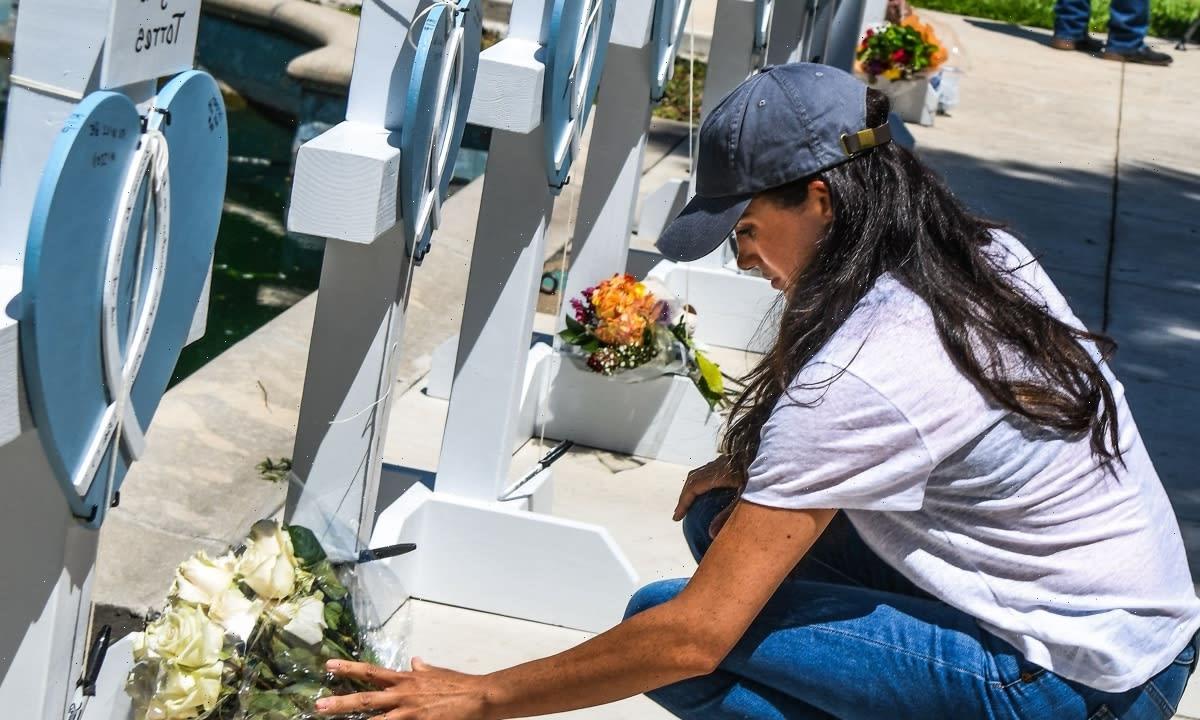 The Duchess of Sussex has visited Uvalde, Texas where she laid a bouquet of white roses tied with a purple ribbon at the cross for 10-year-old Uziyah Garcia.

A spokesperson for the mom-of-two shared with HELLO! that the unannounced trip was taken by Meghan privately in order to pay her condolences and support the local community. 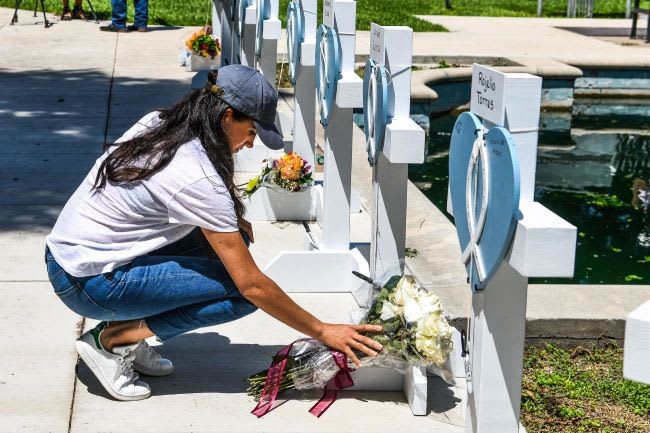 Meghan was pictured at a makeshift memorial outside the Uvalde County Courthouse, not far from Robb Elementary School where 19 children and two teachers were killed when an 18-year-old gunman entered the school.

Meghan wore a simple white T-shirt and blue jeans, and covered her head with a baseball cap. She was joined by the head of her security team Alberto Alvarez. She reportedly ignored calls from the reporters on the ground, instead standing and kneeling in thought.

19 children died in the attack, and it is thought that they were all in the same classroom.

Eva Mireles and Irma Garcia, both teachers at the school, also died. 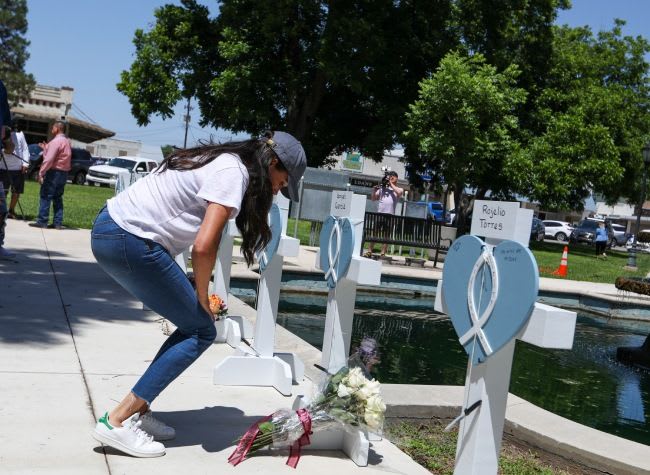 As of Thursday, six victims remained hospitalized, including the gunman’s grandmother, who is in serious condition after he shot her in the face before the attack.

The horrifying attack left the world in mourning and saw many call for stricter gun control laws in the US.