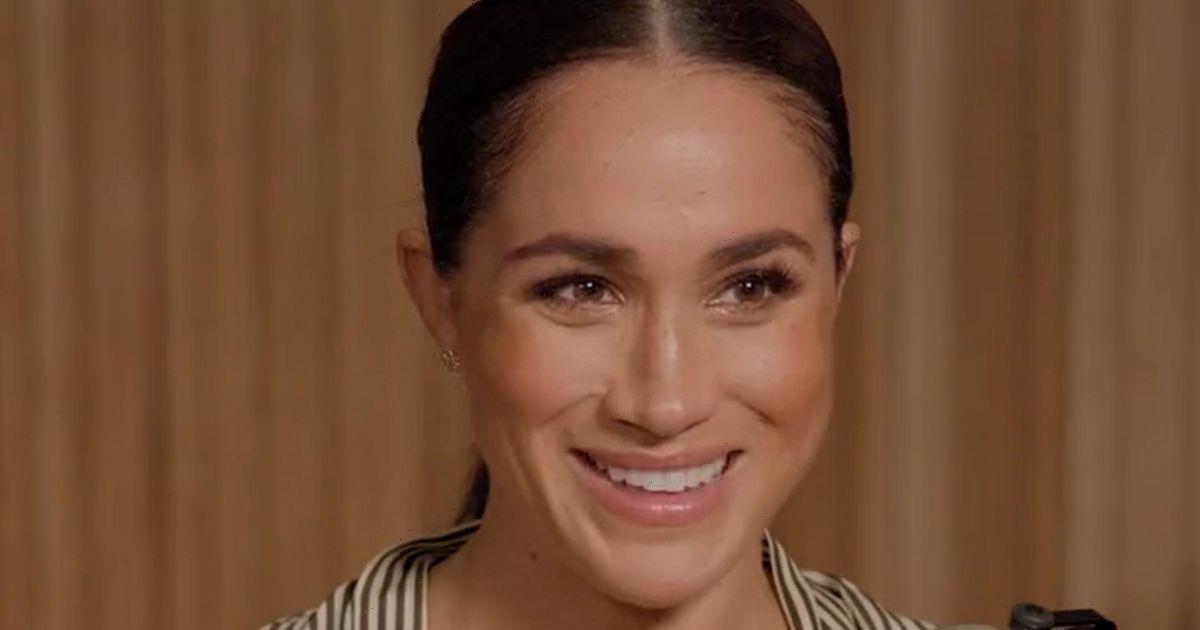 Meghan Markle released her podcast, titled Archetypes, on 23 August and despite many people claiming they listened to the first episode multiple times, one person who was not won over was her sister, Samantha Markle.

The podcast, which is available on Spotify, saw the Duchess of Sussex, 41, chat with celebrity pal Serena Williams as the pair discussed the double standards women face.

However, speaking on GB News, Samantha, 57, described the podcast as a "seductive commercial", labelling her sister's voice as "breathy and seductive".

The 57 year old was joined by GB News host Dan Wootton who himself deemed the episode as "nauseating", before speaking to Samantha, via video link, for her reaction to Archetypes.

She said: "Well, you know, it's so funny, it was so breathy and seductive. It sounded more like a seductive commercial of some sort, than [a podcast]."

Referring to Meghan's podcast guest Serena, Samantha said: "Neither of them are spring chickens, so the whole time I was expecting them to bust out in a Saturday Night Live Dusty Muffin skit."

She later described the whole episode as "odd".

Tensions between the half-siblings increased in 2022 as Samantha attempted to sue Meghan for defamation.

The older sibling filed the lawsuit against the Duchess after she told Oprah Winfrey, during her infamous interview, that she grew up as an only child.

This was despite the Duchess having two older half-siblings, Samantha and Thomas Jr.

Samantha's lawsuit was also filed in relation to the Duchess' 2020 biography Finding Freedom, which Samantha claims was unauthorised.

In August, a Florida judge set a trail date for October 2023 for the defamation case. The case will go ahead if the half-siblings are unable to settle their tension outside of court.

Other critics of Meghan's podcast reportedly include the Royal Family who are reportedly concerned about what may be revealed in the next set of episodes.

Omid Scobie, one of the authors behind the book Finding Freedom, claimed Meghan's show has been causing concern at Buckingham Palace over what could be discussed in some upcoming episodes.

Writing in his column for Yahoo, Omid said: "Of course, it wouldn’t be a conversation about the Sussexes without mentioning the palace’s 'fears'.

"I’m told Buckingham Palace aides were most definitely not keeping calm, nor carrying on after the show’s premiere on Tuesday, worried about what else might be shared over the next 12 weeks.

"Once silenced by the establishment, it’s clear that Meghan finally has her voice back.

"A voice that will be very familiar to those who followed her before Harry. This time, however, she’s brought an entire movement alongside it."