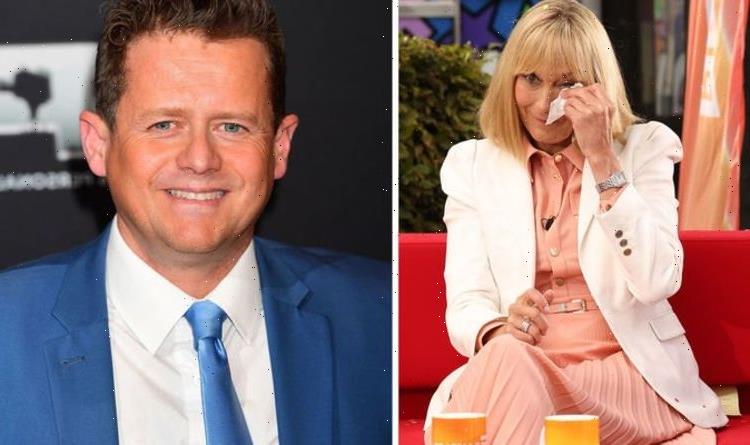 BBC Breakfast: Louise Minchin thanks everyone on her last day

BBC Breakfast star Mike Bushell took to social media this morning to speak out following his co-star Louise Minchin’s very last day. The sports presenter was unable to attend the 53-year-old’s final show, and so issued an apology to the TV star via Twitter.

“Good luck Louise and sorry to have missed your final day,” he wrote online, while sharing a post from Louise.

“Forever part of the @BBCBreakfastfamily and thanks for being a most wonderful colleague from all the way back at @BBCBerkshire to now for the last 2 decades on the sofa.”

His post accompanied a tweet from Louise, who had shared a series of snaps from the momentous day.

She informed her 220,900 Twitter followers that she was feeling “overwhelmed” by the outpouring of love and support.

“Wow, I never imagined my last day could be so full of happiness,” she tweeted.

“Thank you for your messages, I am feeling overwhelmed by your kindness.

“It has been a joy and a privilege to work on #BBCBreakfast and I will always feel like part of a huge family. Thank you,” an emotional Louise added.

In her images, she could be seen sitting outside with co-star Dan Walker after being presented with a bouquet of flowers and an incredible cake.

A close-up picture of her gift showcased a lifelike caricature of the presenter, wearing an identical outfit, in more detail.

After being led out of the studio in a blindfold, a surprised Louise was confronted with a crowd of friends and family, including her father and her husband David.

She was also shown a video of her highlights.

Cast members – past and present – and guests that she had interviewed over the years left heartfelt farewell messages.

Naga Munchetty, Bill Turnbull, Rick Astley and Rebecca Adlington were just some of those to wish her well.

Earlier this year, Louise announced that she was quitting the long-running breakfast programme after almost two decades.

Louise hosted the show with Bill Turnbull and Charlie Stayt before Dan Walker joined the line-up five and a half years ago.

Charlie said: “[It] has always been an absolute joy doing BBC Breakfast with you”, while Bill described his former co-star as a good friend.

He said of Louise: “Most of all a warm, sunny person who will always be my friend”.

Dan described his co-star as a “superstar”.