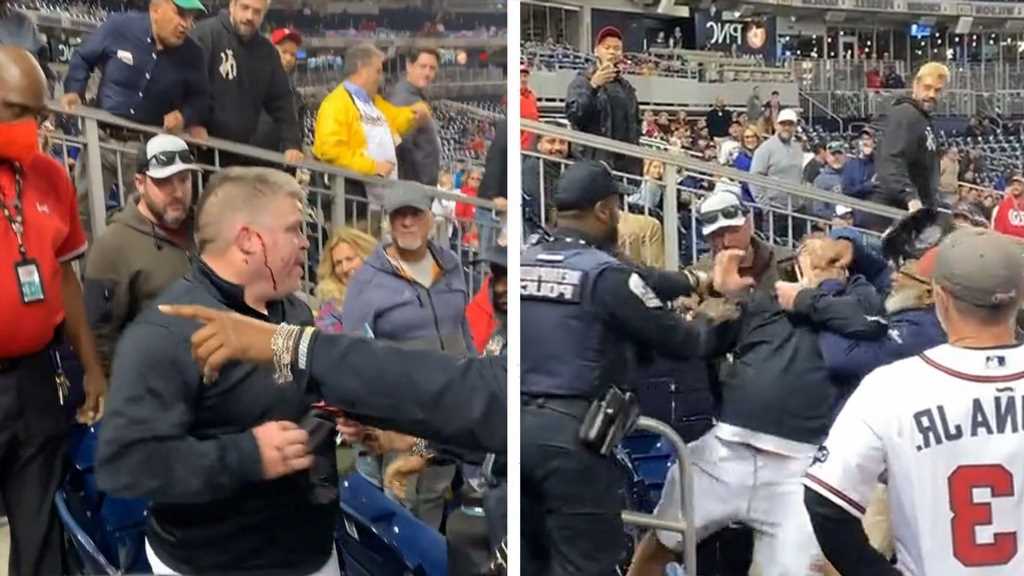 A fan at Tuesday night’s Nationals game got so upset with a stadium usher that he hit the man in the face — before biting him.

The wild altercation happened at Nationals Park during the ninth inning of the Nats’ loss to the Atlanta Braves … when several venue staffers appeared to try to boot a fan from his seat.

A video shot by a bystander shows fans near the guy chanting, “Get him out!” over and over again — but the two staffers were having trouble getting him to leave.

Eventually, another usher came to the area to nudge the man away from his seat … and that’s when things took a violent turn.

You can see in the footage, the fan elbowed the usher in the face two times — before he seemed to bite the man’s hand. 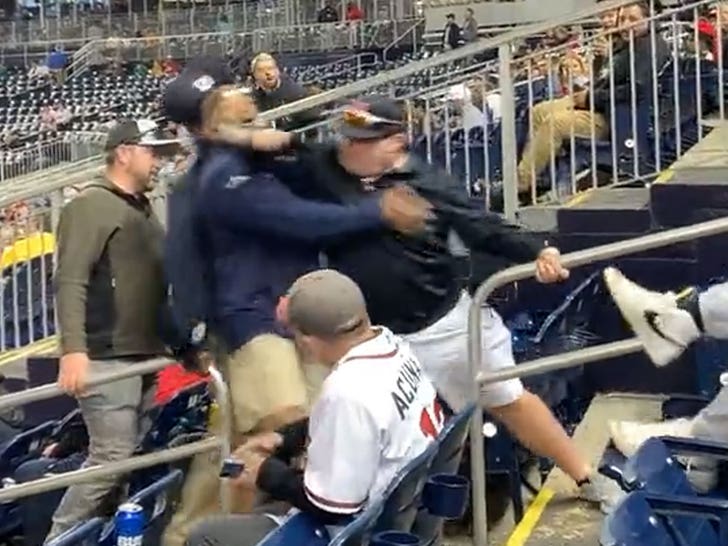 Video shows the fan suffered a bloody head in the skirmish. It’s unclear if the usher was injured.

We’ve reached out to both police and the Nationals for comment on it all, but so far, no word back yet.