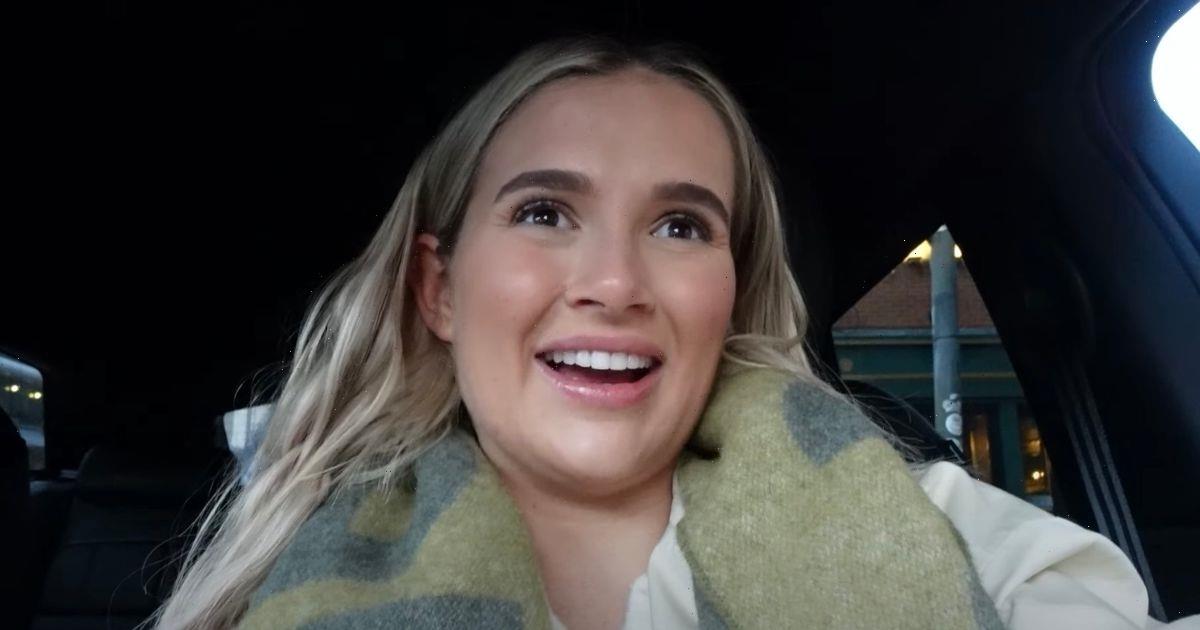 Molly-Mae Hague has spoken out on her plans for her upcoming baby shower, which will be a big celebration with her family and friends.

The 23 year old, who is expecting her first child – a baby girl – with her boyfriend Tommy Fury, took to her YouTube channel to tell her fans all about her ideas for the big day.

Near the end of the vlog, the blonde beauty could be seen walking down the street as she headed into a restaurant in Manchester, Peter Street Kitchen, which will be the venue she hosts her baby shower in.

Wearing a cream oversized coat with a green scarf and styling her blonde mane down, she told her fans: "We're going into the Peter Street Kitchen now, the venue for my baby shower, which I've literally just told you guys about in the streets of Manchester. I've not really done like a proper conversation about it, but this should be a fun meeting…"

She then sat down at a booth table before taking her coat off to reveal her in a white jumper. As she nodded enthusiastically, someone across the table said: "You could take away maybe a little candle with not a date on, but…"

Molly-Mae, who recently gushed over her boyfriend after he bought a "dad car", then said: "I was thinking of getting those cookies in like the little plastic bags.

"Or we could get disposable cameras and I can get them all developed," to which everyone responds to by saying "that's nice".

The blonde beauty went on to share how she saw a video on TikTok of a couple having disposable cameras at their wedding alongside a label of what that person would have to take pictures of.

"On each camera you'll have like, I don't know, pictures of mummy," she said.

Molly-Mae then said she didn't want place names on the tables, instead allowing people to sit where they feel most comfortable.

Following the meeting, the scene cut to the star sitting in her car as she told her fans: "I originally planned to have something really small, like 10-15 people of family and friends. Really close knit circle.

"But then I realised I've never had a party before because I don't drink and I'm not a party girl, so I thought this would be the perfect opportunity to have a bit of a celebration.

"Because baby showers don't really revolve around drinking and it's not really a party thing, so it just kind of felt like the right time to have something special."

"So we're organising, not so much an extravaganza, but definitely the biggest thing I've organised in terms of with family and friends."

"I'm really excited about it," she added.