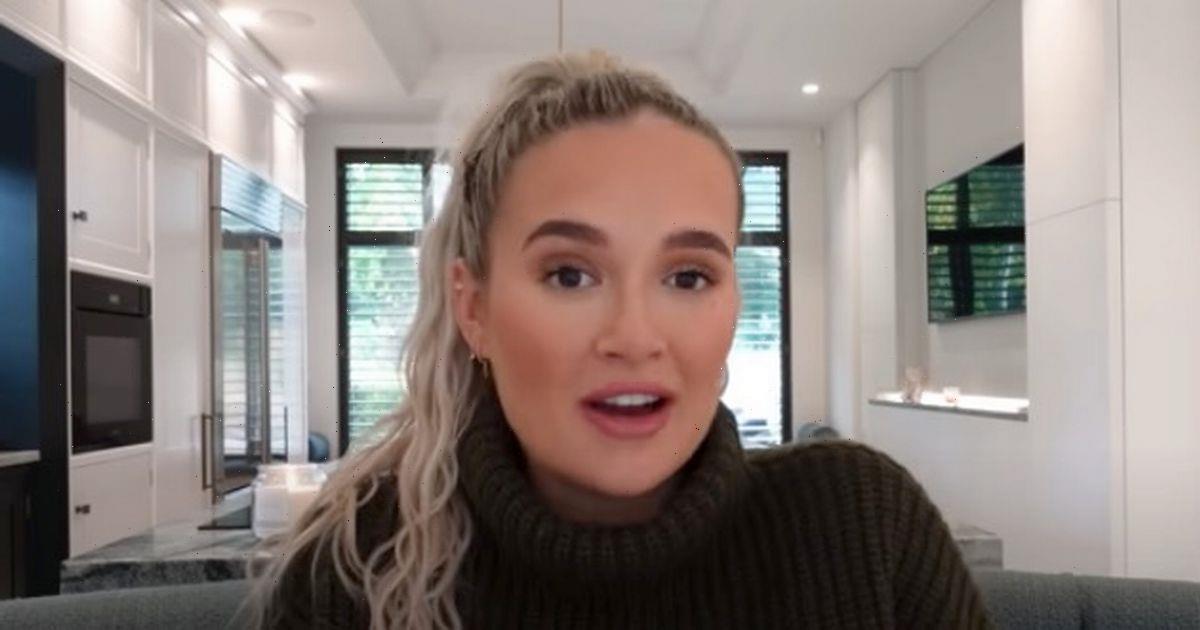 Former Love Island star Molly-Mae Hague suffered a "mum fail" after she spent the day picking up outfits for her unborn baby girl.

The 23 year old social media sensation shared some snaps to her Instagram stories of her open car door with tiny baby clothes on the floor in the mud.

The pink and white outfits could be seen on the floor, as Molly wrote: "A mum fail before I'm even a mum? Absolutely."

She continued: "Her new clothes fell out of the door and into the mud x."

In the next post, Molly-Mae could be seen holding up one of the items that was covered in mud, as she added some hand emojis.

Molly-Mae is expecting her first child with boyfriend Tommy Fury, 23, who she met on Love Island in 2019, and she is due to give birth in December or January.

She announced their happy news in September as she shared a black and white video of a throwback to the couple's speeches on Love Island when she said: ""I can’t wait for the adventures that we haven’t even dreamed of yet."

The clip then cut to a video of Tommy kissing her blossoming baby bump, as she quoted her Love Island speech in the caption, followed by an angel emoji.

Since then, she's been keeping her fans updated on her pregnancy through her Instagram page, which boasts 6.7million followers, and her popular YouTube page.

She shared that that she and Tommy were expecting a baby girl at the beginning of October with a gorgeous video where they popped a balloon to reveal the gender.

In the caption, Molly-Mae wrote: "OUR LITTLE…" with an angel, cloud and heart-hand emoji.

The video started as Molly-Mae could be seen standing next to a huge white balloon that read: "Boy or Girl?"

She opened her mouth in excitement as she stared at Tommy, who was out of shot.

The clip then cut to Tommy holding up a pin before her went over to a nervous Molly, who could be seen holding her hands out to him as she showed him how much they were shaking.

After Tommy popped the balloon and pink confetti rained down on the floor, Molly-Mae's mouth opened in shock and she put her hands to her face before she and Tommy shared a sweet embrace and a kiss as they revelled in their news.

Molly recently teased their divisive baby name, as she said her fans will either "love it or hate it."

"It's always been my dream little girl name and luckily when I met Tommy and I told him the name that I'd always dreamt of using, he absolutely loved it too.

"It's a really really unusual and a different name, I do not know anybody else with the name."

She continued: "I've not seen any other girls with the name before, it's that different.