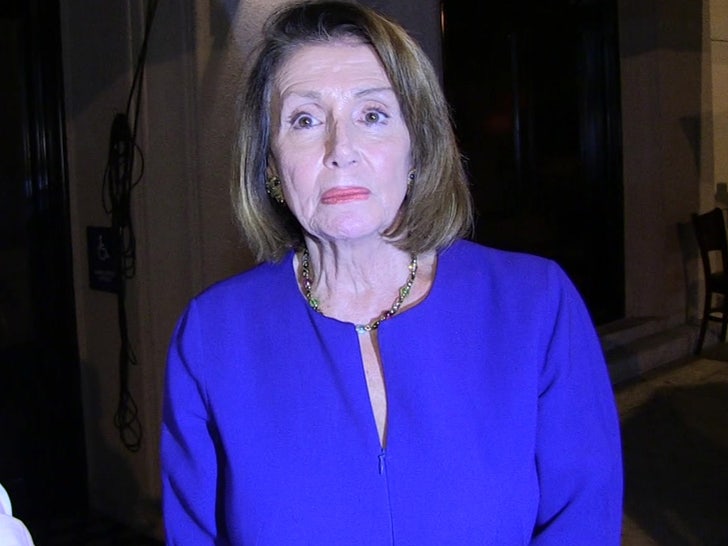 Somebody left Speaker Nancy Pelosi a very disturbing message to kick off the new year … and it seems to be related to the ongoing financial struggles of millions of Americans.

Pelosi’s San Francisco home was vandalized overnight … most of the damage was done to her garage door and driveway. The perp or perps spray-painted “Cancel Rent!” and “We Want Everything” in big black letters on her door … and there’s also a nod to the failed $2,000 government stimulus checks.

Even more unnerving, what looks like a pig’s head and fake blood were also staged in front of her garage.

Law enforcement sources tell us … San Fran cops responded to a vandalism call at Pelosi’s home around 3 AM. We’re told a police report was taken, but it’s unclear if they have any suspects.

As you’ve probably heard … Congress has been unable to reach a deal for a $2,000 relief bill in recent weeks, and Speaker Pelosi publicly called out Sen. Mitch McConnell for claiming there was “no realistic path” to make it happen.

Instead, many Americans will receive $600 instead … but clearly the person who vandalized Pelosi’s home doesn’t think any of that is enough.

We’ve reached out to Pelosi’s team … no word back yet.