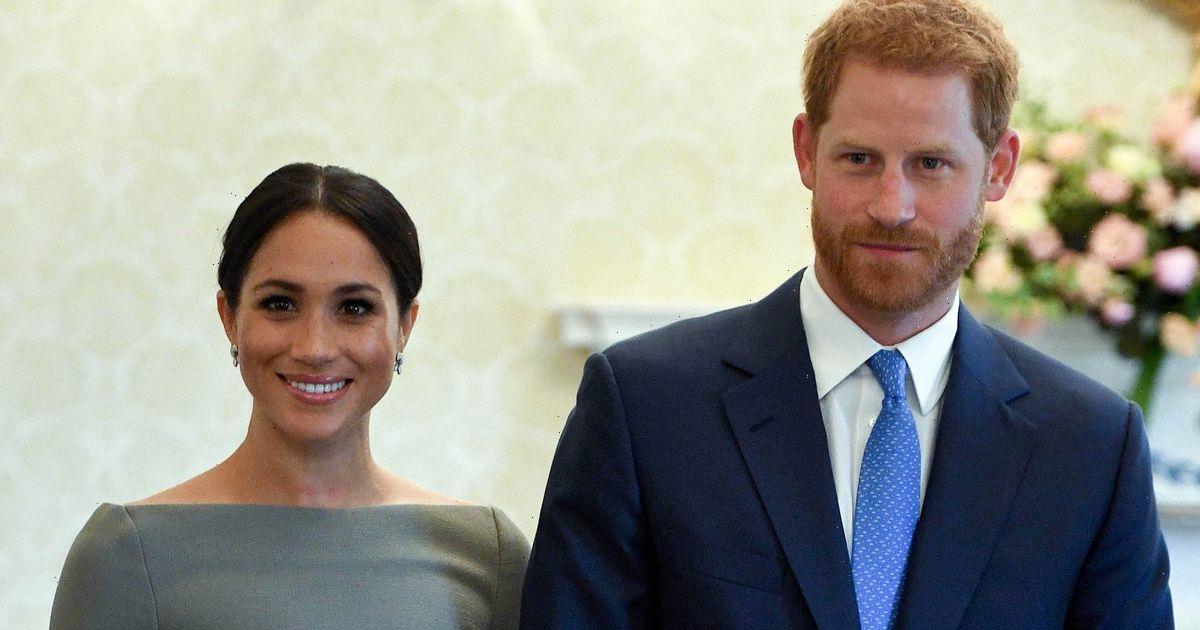 A new royal book has alleged a number of bombshell claims about Prince Harry and Meghan Markle.

The book entitled Courtiers: the Hidden Power Behind the Crown by Victoria Low is due to be published early next month and includes explosive claims about the Duke and Duchess, including Harry's fears of becoming "irrelevant" and Meghan's alleged break up threats.

In an extract published by The Times, sources go into detail about apparent life behind the Palace gates before Harry and Meghan's move to the US.

Prince Harry feared he would become "irrelevant" when Prince George turns 18, says a source, quoted in the new book.

The Duke of Sussex believed he had only a limited time to make a difference until his nephew, who is now second-in-line to the throne, became older.

"He [Prince Harry] had this thing that he had a shelf life. He was fixated [on] this," the extract reads.

"He would compare himself with his uncle [Prince Andrew]. He would say, 'I have this time to make this impact. Because I can'.

"Until George turns 18, was the way he was thinking about it. ‘Then I will be the also-ran.’ He was genuinely thinking of it as, ‘I have this platform now, for a limited amount of time. I want to move forward, move forward.”

It continued: "They (royal staff) told him, 'You can still have an impact in your forties, fifties, even longer. So long as you set the right foundations now.' But he never saw that."

According to the book, when the Sussex's first began courting one another, Meghan, 41, threatened to break up with Harry, 38, if he didn’t announce their romance publicly. However, in November 2016, just a few months after they met in July, they became official.

An extract reads: "Faced with hordes of journalists intent on trawling through every aspect of Meghan’s life, Harry became determined to protect his girlfriend.

"Meghan, meanwhile, told him that if he did not do something about it, she would break off the relationship.

"A source said: 'She was saying, 'If you don’t put out a statement confirming I’m your girlfriend, I’m going to break up with you.'' Harry was in a panic.

"Another source said: 'He was freaking out, saying, 'She’s going to dump me.'"

Harry 'summoned by The Queen'

Also in the book, it alleges that Harry was said to have been summoned by the Queen after a furious row ahead of his nuptials to Meghan.

The book claims that while organising the wedding everything became "particularly stressful" with rows about scheduling, announcements, the gospel choir, and the tiara.

It claimed that an argument had broken out about arrangements to try on the Queen’s tiara, which led to Harry being summoned to see the monarch. The source describes Harry as being "firmly put in his place" by Her Majesty.

Meghan 'didn't understand why she wasn't paid' for royal walkabouts

Sources claimed that Meghan “failed to understand the point" of royal walkabouts and "shaking hands with countless strangers”.

Members of staff quoted in the book said that Meghan had been heard saying “on at least one occasion”: “I can’t believe I’m not getting paid for this."

The couple were described as a hit on their royal tours in the book, but a source claims that behind the scenes, Meghan is said to have "failed to understand the point”.

It is claimed that Harry refused to meet with his brother William to discuss the Sussex's "poor relationship" with the other royals because he was “concerned” that the attempt at bridge building would be leaked to the press.

William allegedly attempted to meet with Harry after the airing of theITV documentary ‘Harry & Meghan: An African Journey', which was broadcast in October, 2019.

But the book claims Harry turned down the approach when he found out William's private secretary would know about their meet up.

“At that point, Harry said don’t come," the book reads.

"He was so concerned that William’s team would leak the visit to the press that he would rather they did not come than risk it getting into the papers."

It was then allegedly just a few months later that Harry and Meghan moved to the US, citing a lack of support from the Royal Family.

OK! has reached out to the Sussex's representatives for comments.