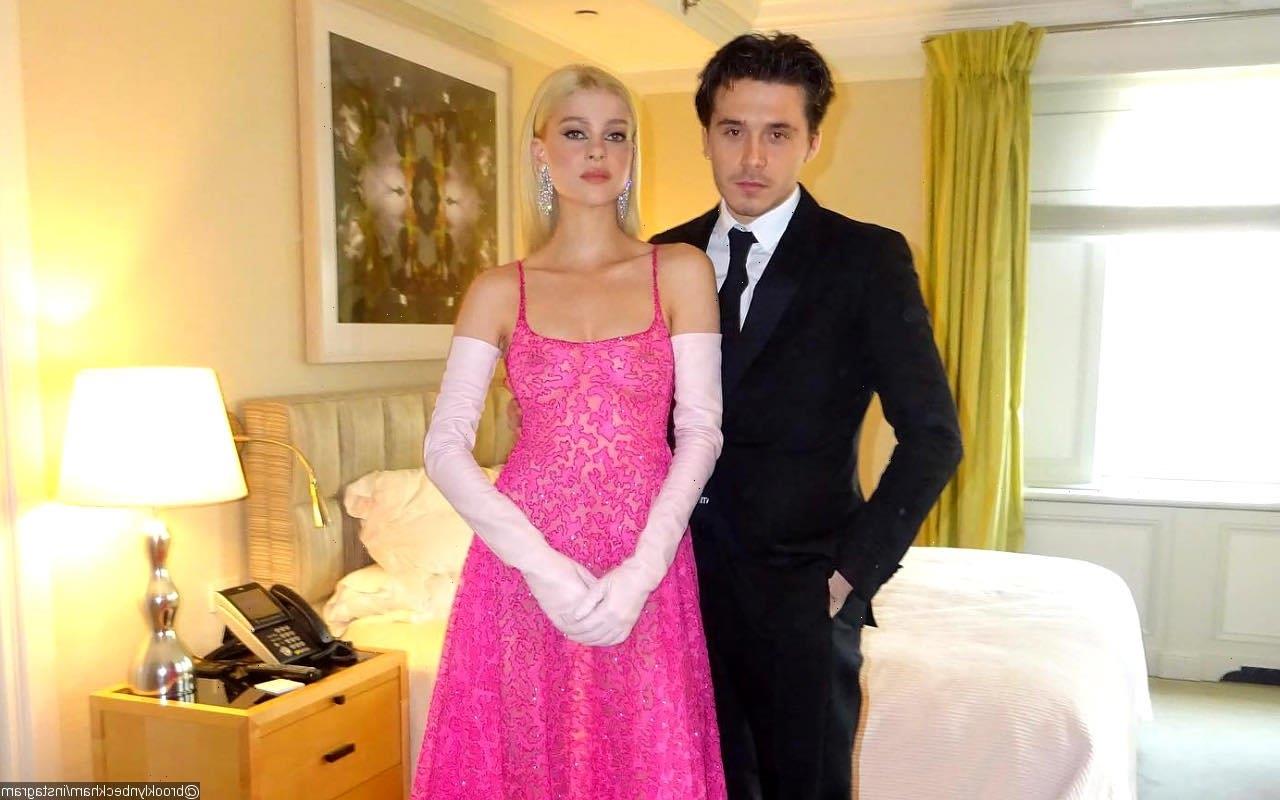 Having thrown a lavish wedding ceremony, David Beckham’s eldest son and ‘The Last Airbender’ actress continue the celebration with a post-wedding brunch in Palm Beach, Florida.

AceShowbiz –Brooklyn Beckham cannot keep his hands off his new wife, Nicola Peltz. The eldest son of David Beckham and Victoria Adams was seen getting handsy with “The Last Airbender” actress upon arriving at the venue of their post-wedding brunch.

A photo capturing Brooklyn’s cheeky gesture has since surfaced online. In it, it could be seen that the older brother of Romeo Beckham was seen caressing Nicola’s bottom as the newlyweds came to catch up with guests on Sunday, April 10. Though there were people around, the bride herself did not seem to mind.

For the occasion, Brooklyn kept a casual look by wearing a cream shirt with brown pants, white shoes and black sunglasses. Meanwhile, Nicola looked stunning in a beautiful white minidress with gold metallic edging. She paired it with high and thick white Louboutin heels. The two arrived in a light blue Jaguar with him in the driver’s seat.

The post-wedding celebratory brunch took place at the huge mansion belonging to the bride’s billionaire father, Nelson Peltz, in Palm Beach, Florida. It was held on the last day of the couple’s three-day wedding celebration.

Brooklyn and Nicola kicked off their wedding festivity with a rehearsal dinner on Friday, April 8. During the dinner, his father David welcomed the 27-year-old actress to the Beckham family in a pre-wedding speech as saying, “We love you so much. We are excited that you’ll be a part of the family. You’re an amazing person.”

Brooklyn exchanged vows with Nicola on Saturday, April 9, at the oceanfront lawn of her family’s multi-million dollar mansion. Their wedding was attended by many A-listers including celebrity chef Gordon Ramsay, tennis champ Serena Williams and actress Eva Longoria. His mother’s former Spice Girls groupmates, Melanie Brown and Melanie C, were also present among the guests. According to The Sun, the wedding cost around $5 million.

Brooklyn first met Nicola at Coachella Music Festival back in 2017. Two years later, they made their relationship public, and got engaged in July 2020 after he proposed to her with a diamond sparkler and an emerald engagement ring.

The 23-year-old model announced his engagement with a special Instagram post. “Two weeks ago I asked my soulmate to marry me and she said yes xx I am the luckiest man in the world,” he noted in a caption before adding a romantic vow, “I promise to be the best husband and the best daddy one day. I love you baby xx.”