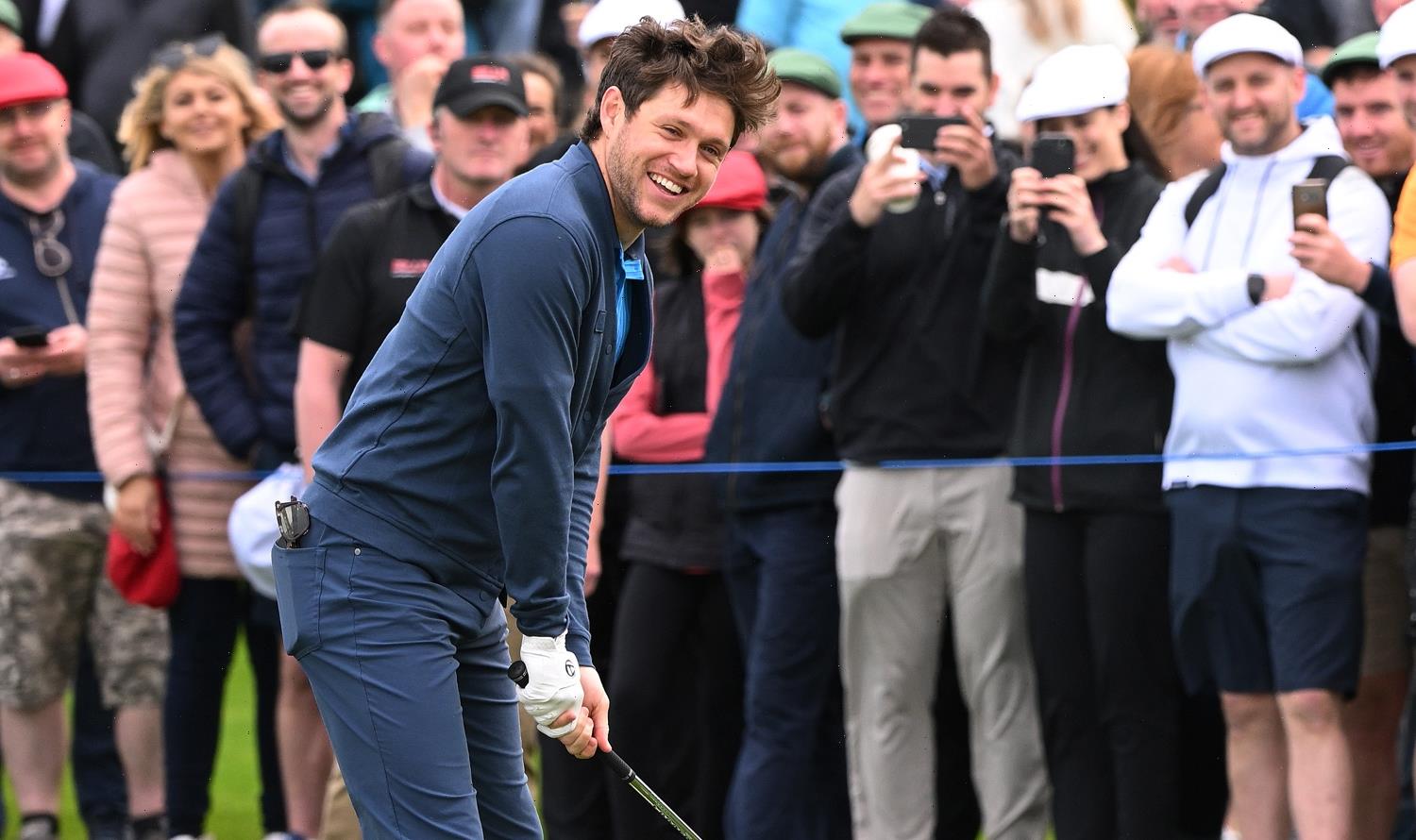 Niall Horan is playing with the pros!

The 28-year-old singer played alongside his longtime friend Jamie Dornan and a long list or pro golfers in the JP McManus Pro-Am on Monday (July 4) at Adare Manor in Limerick, Ireland.

Also playing with the guys were Bill Murray and pro golfer Luke Donald.

Jamie joked about his nerves while talking to Virgin Media Sport at the tournament.

“It’s a nightmare. It’s just not what you are used to doing, playing golf in front of people, you know. So, as long as you get the first tee shot away, it’s all that we really care about,” he said. “I mean, ten of the top 11 in the world are here, but that’s the influence and the power of JP, he’s [a] magnanimous, brilliant, generous person and everyone loves him and he’s been very good to us. I think we are all very aware of how fortunate we are to be here.”

Niall added, “It’s incredible, as Jamie said, ten out of the top 11 in the world are here, it’s insane. If it all goes wrong, at least we can say we played in a tournament with Tiger Woods, but yeah, the crowds, it’s scary. I’ve played in a fair few Pro-Ams, but this is different level… Legendary actors like Bill Murray coming across to play in this, again it shows how loving and great JP has been to everyone… It just adds that different level of star power to it and brings the crowds out.”

Jamie and Niall have been golfing buddies for years and they’ve supported each other professionally too.