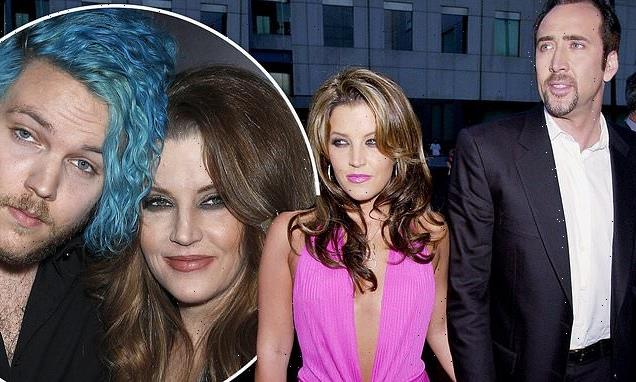 Cage, 59, who married Presley in 2002 before splitting just three months later, said he was ‘heartbroken’ by the loss in a statement, but believed she was now reunited with her son Benjamin Keough, who committed suicide aged 27 in 2020.

Cage said: ‘This is devastating news. Lisa had the greatest laugh of anyone I ever met.

‘She lit up every room, and I am heartbroken. I find some solace believing she is reunited with her son Benjamin.’ 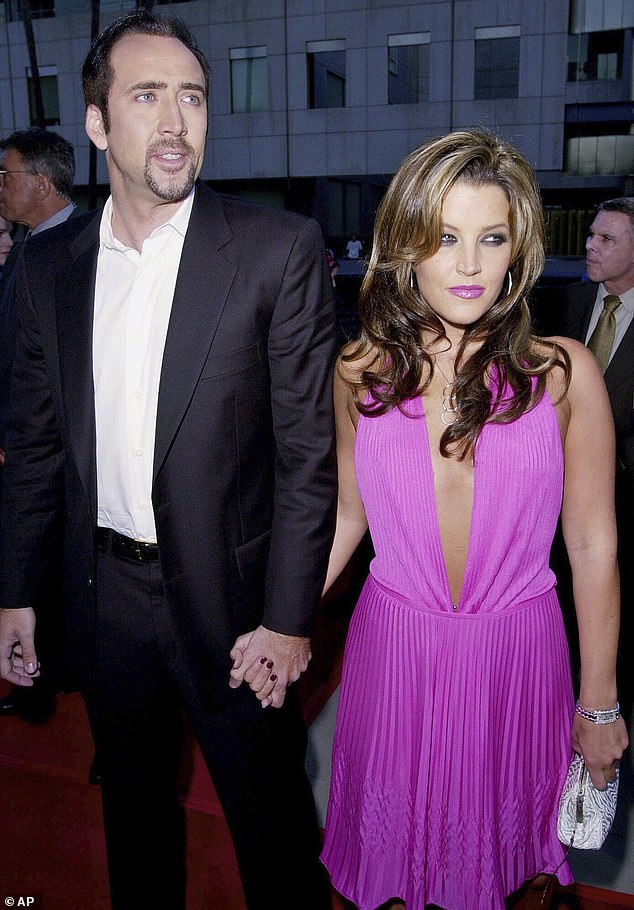 Presley passed away a on Thursday after suffering cardiac arrest at her Calabasas home.

She was rushed to a hospital in critical condition and was said to be in a coma following a ‘full cardiac arrest’ shortly after she had been complaining about stomach pains, according to TMZ.

Her mother Priscilla, who was at her daughter’s side, said in a statement: ‘It is with a heavy heart that I must share the devastating news that my beautiful daughter Lisa Marie has left us.

‘She was the most passionate strong and loving woman I have ever known. We ask for privacy as we try to deal with this profound loss. Thank you for the love and prayers. At this time there will be no further comment.’ 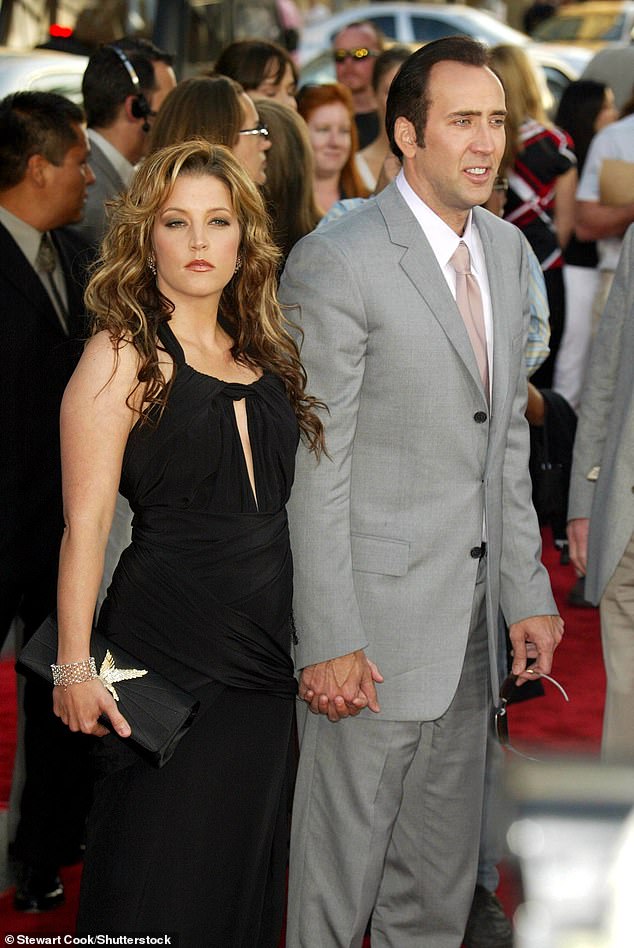 Past: Cage, 59, who married Presley in 2002 before splitting just three months later, said he was ‘heartbroken’ by the loss in a statement (pictured 2002) 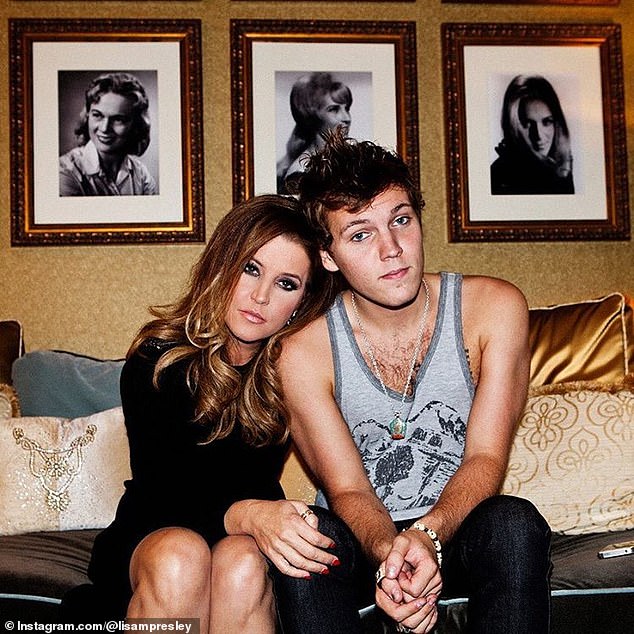 Mourning: Cage said: ‘I find some solace believing she is reunited with her son Benjamin’ – Presley and Benjamin pictured – he died by suicide in July of 2020 aged 27

Lisa Marie’s death comes just two days after she was pictured with her mom at the Golden Globe Awards at the Beverly Hills Hilton where Austin Butler won a Best Actor award for his portrayal of her father in Baz Luhrmann’s Elvis.

Sources told TMZ that Lisa Marie was found unresponsive in her bedroom by her housekeeper and that her ex-husband, Danny Keough, who she has been living with, performed CPR until paramedics arrived at the house.

The source added that ‘someone administered epinephrine’ – more commonly known as adrenaline – at the scene at least once in order to help Lisa Marie regain a pulse.

According to the Mayo Clinic, stomach pain is a symptom of cardiac arrest in women

Epinephrine, or adrenaline, is administered to treat many life-threatening conditions such as cardiac arrests, asthma attacks and allergic reactions.

LA County Sheriff’s Department told Dailymail.com: ‘Deputies from Lost Hills Station responded to an assistance request call LA County Fire, near the 9500 block of Normandy Drive in Calabasas regarding a female adult, approximately 55, for a medical emergency/female not breathing. 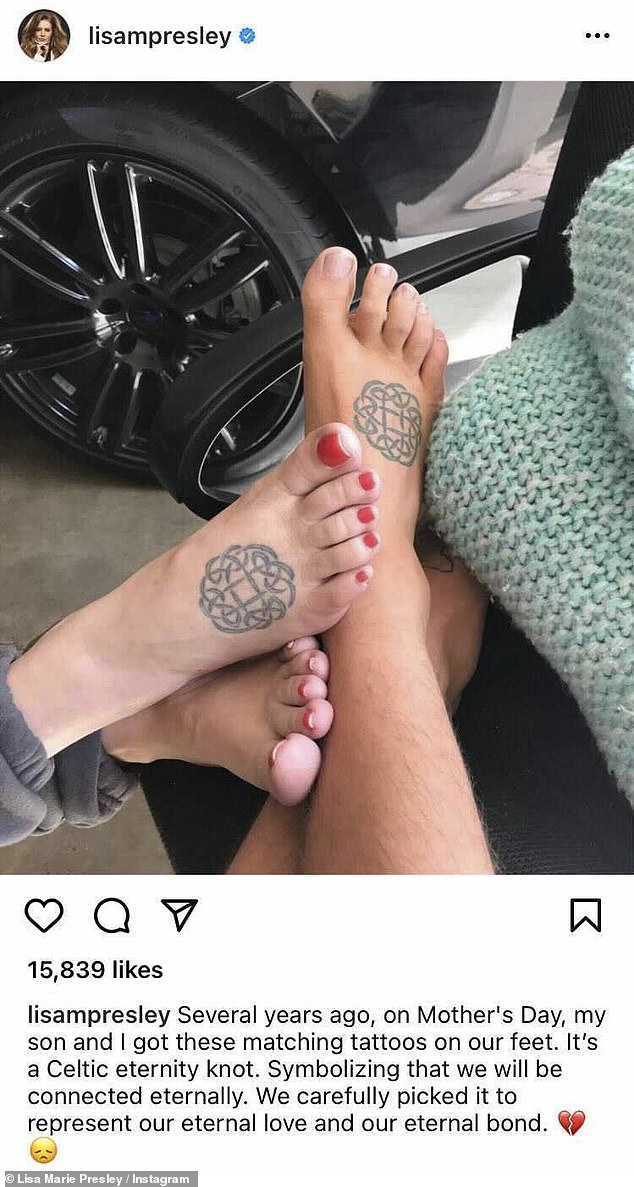 Matchy: Lisa Marie Presley revealed in July that she had a tattoo that matched the one her late son Benjamin Keough had on his foot 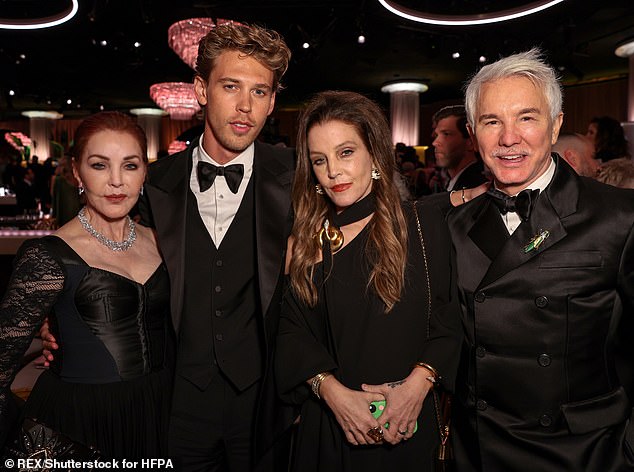 Last seen: Lisa died after suffering from a heart attack on Thursday in her Calabasas home. Her last appearance was Tuesday at the Golden Globe Awards in Beverly Hills with her mother Priscilla to support the Baz Luhrmann (far right) film Elvis which starred Austin Butler, left

‘The female adult was transported by LA County Fire Department to a local area hospital where they were released to the hospital’s care’.

The official would not confirm if the person was Lisa Marie, who will turn 55 next month, what hospital the individual was transported nor what was administered.

The Hollywood Reporter reported the fire department responded and was able to get a pulse on the female before she was transported to West Hills hospital.

Pictures of Lisa Marie’s mother, Priscilla, 77, rushing to hospital an hour after news broke of her daughter’s medical emergency have emerged.

She was seen making a quick dash to the entrance of the hospital where her only daughter was being treated.

Lisa Marie was a singer and songwriter and is survived by three children, including actress Riley Keough, 33. She had a fourth child, Benjamin, who died by suicide in 2020 aged 27. 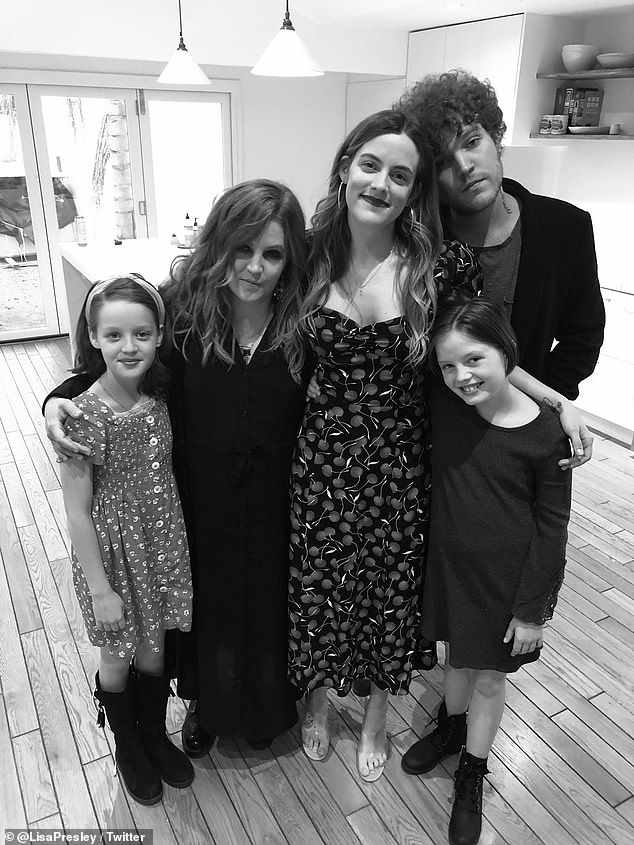 Days before her death at 54 following a cardiac arrest she appeared to be unsteady while being interviewed on the red carpet at the 2023 Golden Globes, where she attended to support the film Elvis.

In the clip, Lisa Marie turned to her friend Jerry Schilling, 80, and said ‘I’m gonna grab your arm’ as she was interviewed by Extra host Billy Bush.

She appeared to talk slowly and slurred her words while responding to questions about the film’s star Austin Butler and the storms and flooding in Southern California.

Bush asked her if she had gotten to know Butler, at which point she told Schilling ‘I’m gonna grab your arm’ and locked her right arm with Schilling’s left arm.

In the chat, Lisa Marie said that she thought Butler nailed the ‘characteristics [and] the talking without doing it like in a caricature way like it’s been done in the past.’

She added, ‘It’s kind of done in sort of a funny, joking way, the way [Elvis] spoke, but Austin actually got it and did it perfectly without making it comical.’ 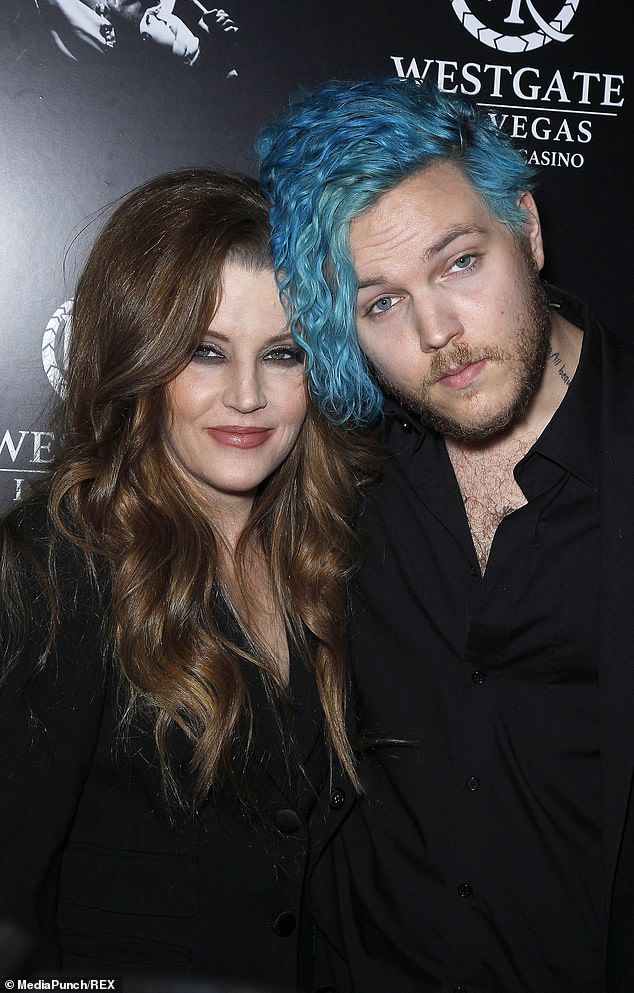 Devastating loss: The star previously opened up about the ‘hideous grief’ she endured after the loss of Benjamin (pictured 2015)